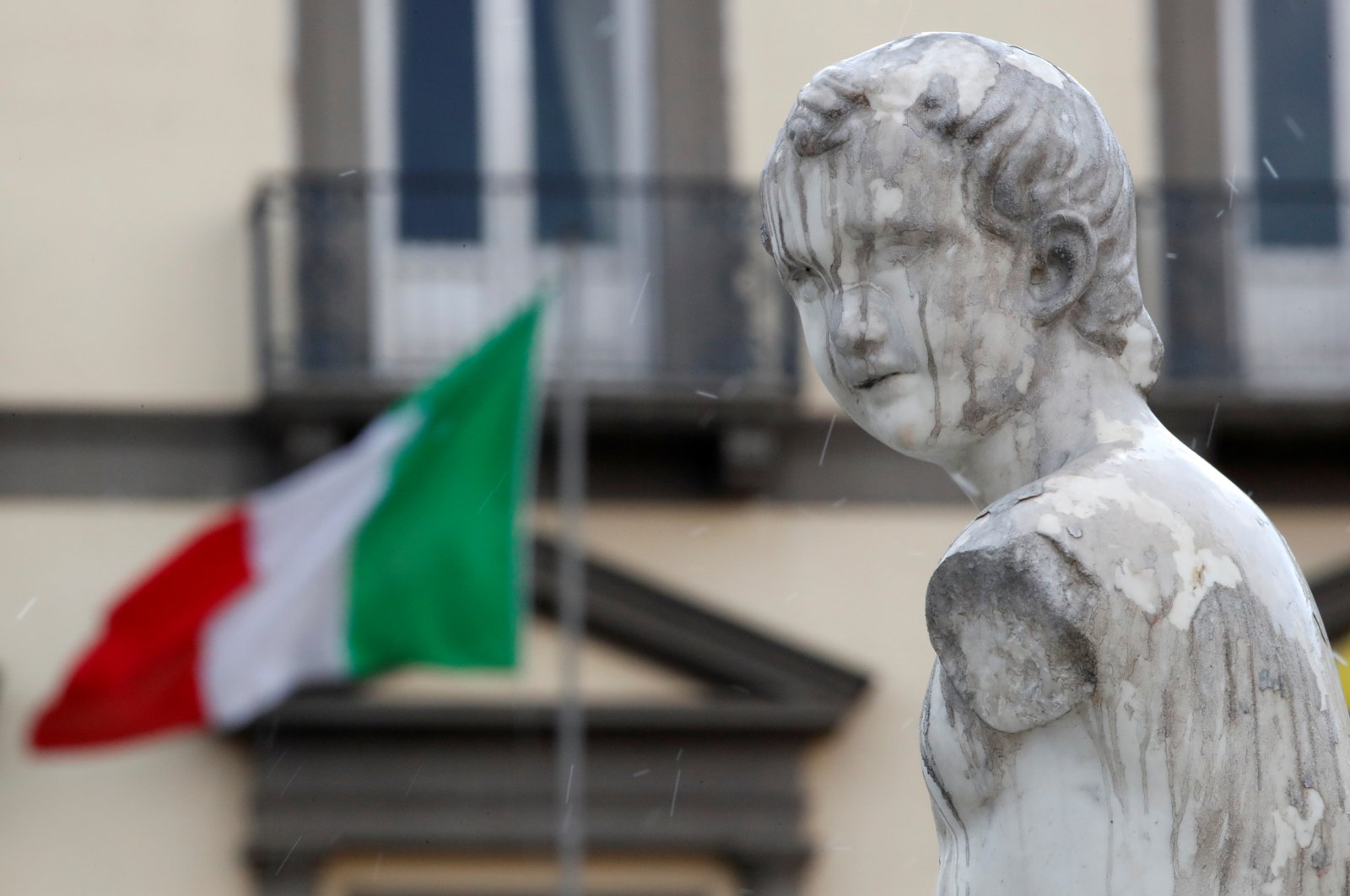 A statue on the Fountain of Neptune is seen in front of an Italian flag on Palm Sunday, following the coronavirus outbreak, in Naples, Italy, Sunday, April 5, 2020. (Reuters Photo)
by Compiled from Wire Services Apr 05, 2020 7:49 pm
RECOMMENDED

Italy on Sunday recorded its lowest daily death toll from the novel coronavirus in over two weeks and saw the number of critical care patients decline for the second day.

The 525 official COVID-19 fatalities reported by the civil protection service were the lowest since 427 registered on March 19.

"This is good news but we should not let our guard down," civil protection service chief Angelo Borrelli told reporters.

Spallanzani Hospital’s daily bulletin on coronavirus cases was another positive sign that Italy’s rigid lockdown measures have apparently slowed the contagion. The lockdown has been four weeks now.

Health authorities in Lombardy said last week overwhelmed hospitals were starting to feel some relief. The northern region has more than half of Italy’s 15,000 deaths. Italy's official death toll, the highest in the world, now stands at 15,887.

After first appearing in Wuhan, China, last December, the virus has spread to at least 180 countries and regions, according to U.S.-based Johns Hopkins University. Its data shows the number of confirmed cases worldwide has surpassed almost 1,227,000 million, with the death toll over 67,000 and more than 250,000 recoveries.