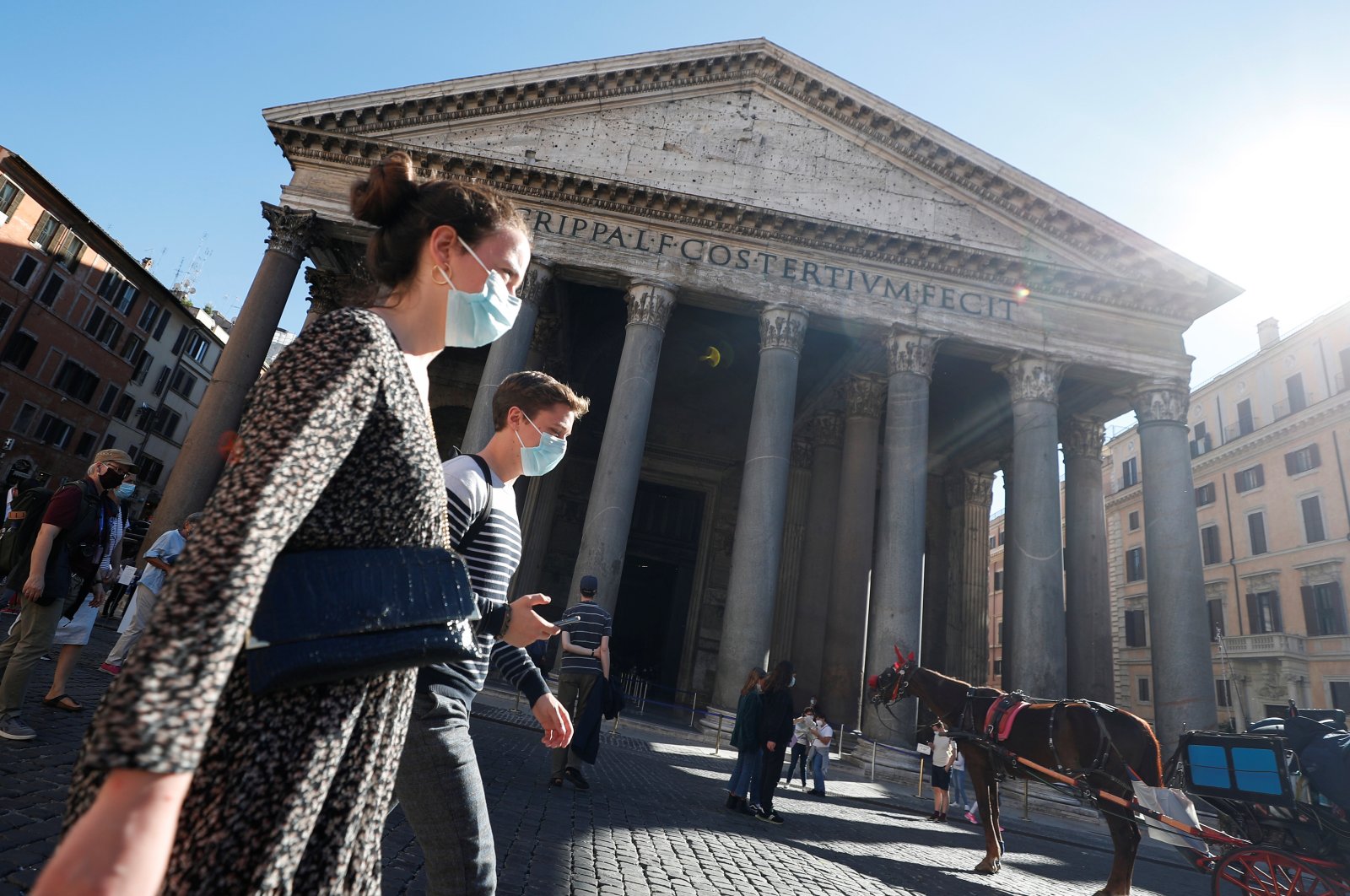 People wearing protective masks walk past the Pantheon as local authorities in the Italian capital Rome ordered face coverings to be worn at all times outdoors, in an effort to counter the spread of COVID-19, in Rome, Italy, Oct. 8, 2020. (Reuters Photo)
by REUTERS Oct 08, 2020 6:18 pm

Italy has registered 4,458 new coronavirus infections over the past 24 hours, the health ministry said Thursday, the first time the country has exceeded 4,000 cases in a single day since mid-April.

There were also 22 COVID-related deaths on Thursday against 31 the day before – far fewer than at the height of the pandemic in Italy in March and April.

Italy was the first country in Europe to be slammed by COVID-19 and has the second-highest death toll in the continent, with 36,083 dying since the outbreak flared in February, according to official figures.

Thanks to one of the strictest lockdowns in the world, the government managed to get the contagion under control by the summer, but new infections have been picking up for the last three months and are now rising strongly.

They increased by around 1,000 on Wednesday, when there were more than 3,000 daily cases for the first time since April 24.

Italy is still recording significantly fewer daily cases than several other large European countries, such as France, Spain and Britain.

The last time Italy saw more than 4,000 cases in a day was on was April 12, with 4,092 infections reported around a month before the government allowed restaurants, bars and shops to reopen. On that same day, 431 people died.