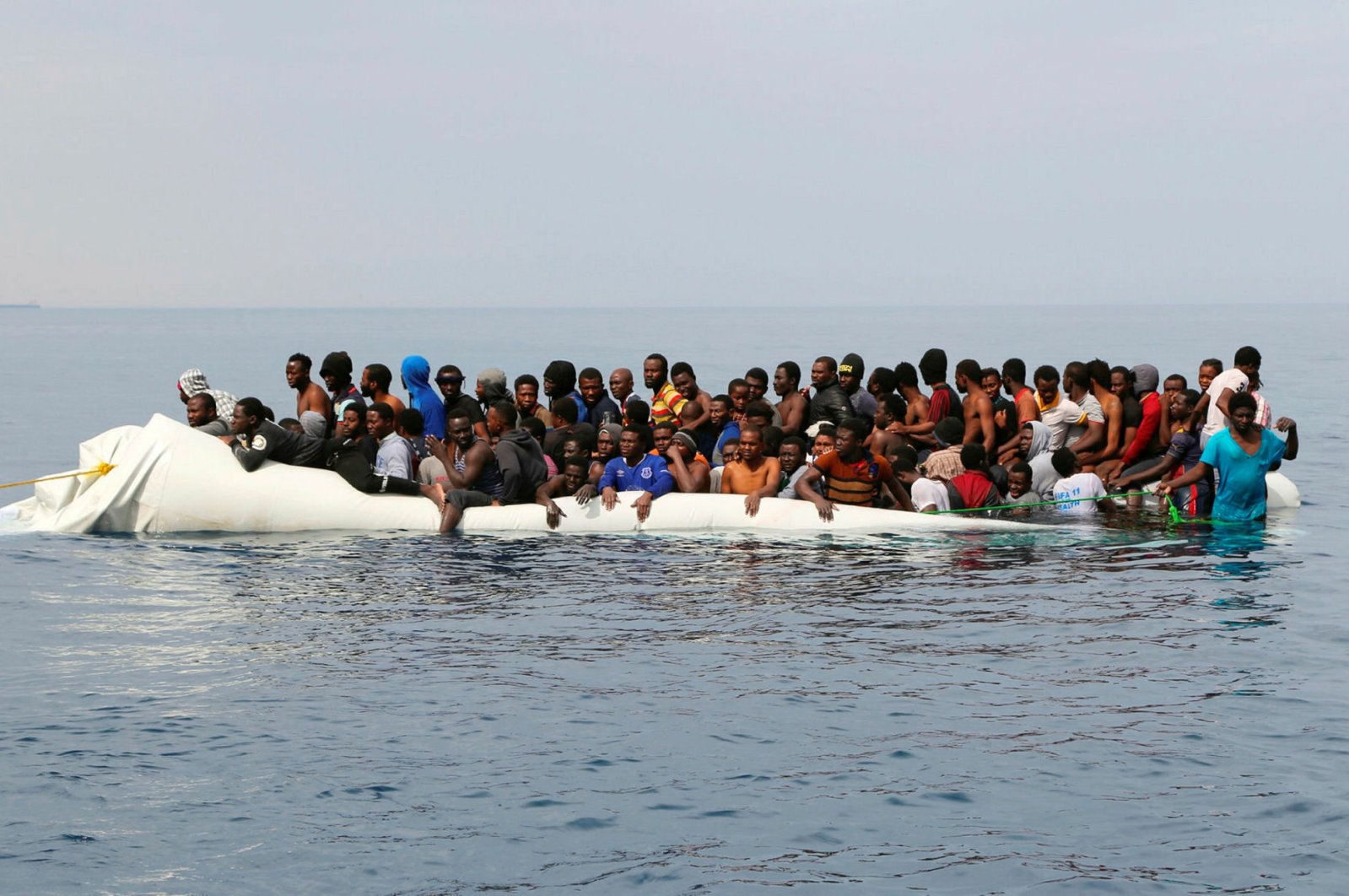 Migrants wait to be rescued from a sinking dinghy off the Libyan coastal town of Zawiyah, east of the capital, after they attempted to cross from the Mediterranean to Europe on March 20, 2017. (AFP Photo)
by French Press Agency - AFP
Jul 29, 2020 12:47 pm

Italy's coast guard said on Wednesday it had rescued nearly 100 migrants on a "half-deflated" dinghy off the coast of Libya after authorities in other countries failed to intervene.

The coast guard said the inflatable boat was spotted by aircraft on Tuesday afternoon in the Libyan Search and Rescue (SAR) zone, "without an engine and half deflated."

"The Libyan authority responsible for search and rescue activities at sea did not take over the coordination of the rescue operations due to the lack of naval resources," the coast guard said in a statement.

The coast guard then informed Maltese authorities, whose search and rescue zone is close to that of Libya.

It said it also alerted Gibraltar, as a supply vessel flying the Gibraltar flag was nine nautical miles from the dinghy, as well as French authorities due to a Total oil platform in the area.

France replied there were no French-flagged vessels in the Libyan area of responsibility, it said.

"The Italian coast guard, amid the persistent silence of the Maltese and Gibraltar authorities, then took over the coordination of the rescue," the coast guard said, sending a vessel to rescue the people.

The 84 migrants, who included six women and two children, were transferred at dawn on Wednesday from their "almost sunk" dinghy to the Italian ship, which on Wednesday was headed for the island of Lampedusa.

The reception center on the island is already overcrowded with migrants who have been arriving daily by the hundreds in recent weeks.

More than 300 people, mainly Tunisians, arrived in Lampedusa during the night from Tuesday to Wednesday on board 13 boats.

On Monday night, Malta's coast guard rescued a group of 94 migrants in the Mediterranean; most of whom later tested positive for coronavirus, Malta health authorities said.