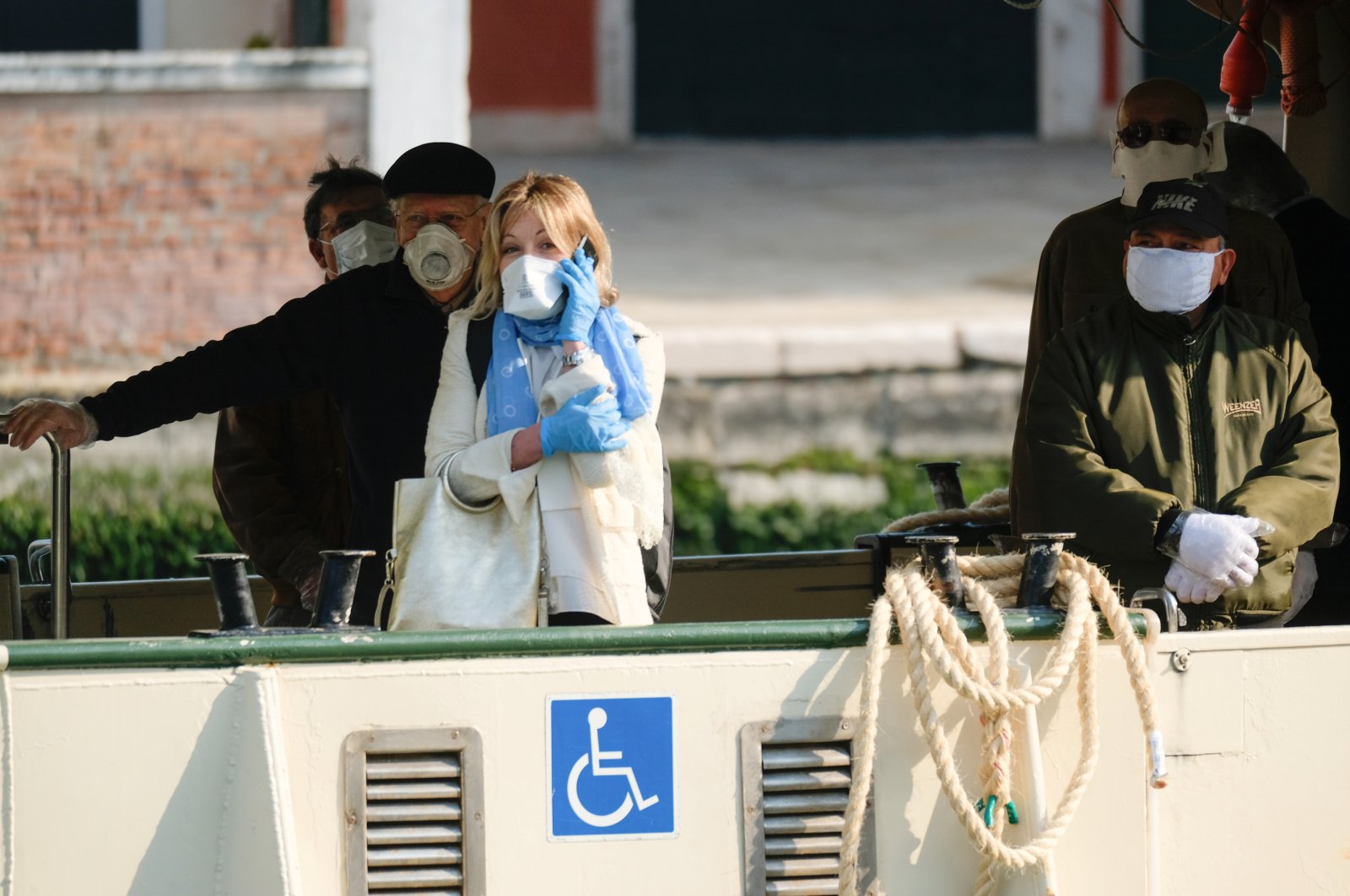 People wearing protective masks and gloves are seen on a water bus as the Italian government allows the reopening of some shops while a nationwide lockdown continues, Venice, April 14, 2020. (REUTERS Photo)
by REUTERS Apr 15, 2020 7:32 pm

Deaths from the COVID-19 epidemic in Italy rose by 578 on Wednesday, down from 602 the day before, while the number of new cases slowed to 2,667 from a previous 2,972, continuing the recent downward trend.

The number of new cases was the lowest since March 13 but the daily tally of deaths remains stubbornly high.

It has hovered between 525 and 636 for the last 11 days, except for a steep drop to 431 on Easter Sunday, which was immediately reversed the following day.

The total death toll since the outbreak came to light on Feb. 21 rose to 21,645 the Civil Protection Agency said, the second highest in the world after that of the United States.

The number of officially confirmed cases climbed to 165,155, the third highest global tally behind those of the United States and Spain.

There were 3,079 people in intensive care on Wednesday against 3,186 on Tuesday, a 12th consecutive daily decline.

Of those originally infected, 38,092 were declared recovered against 37,130 a day earlier.