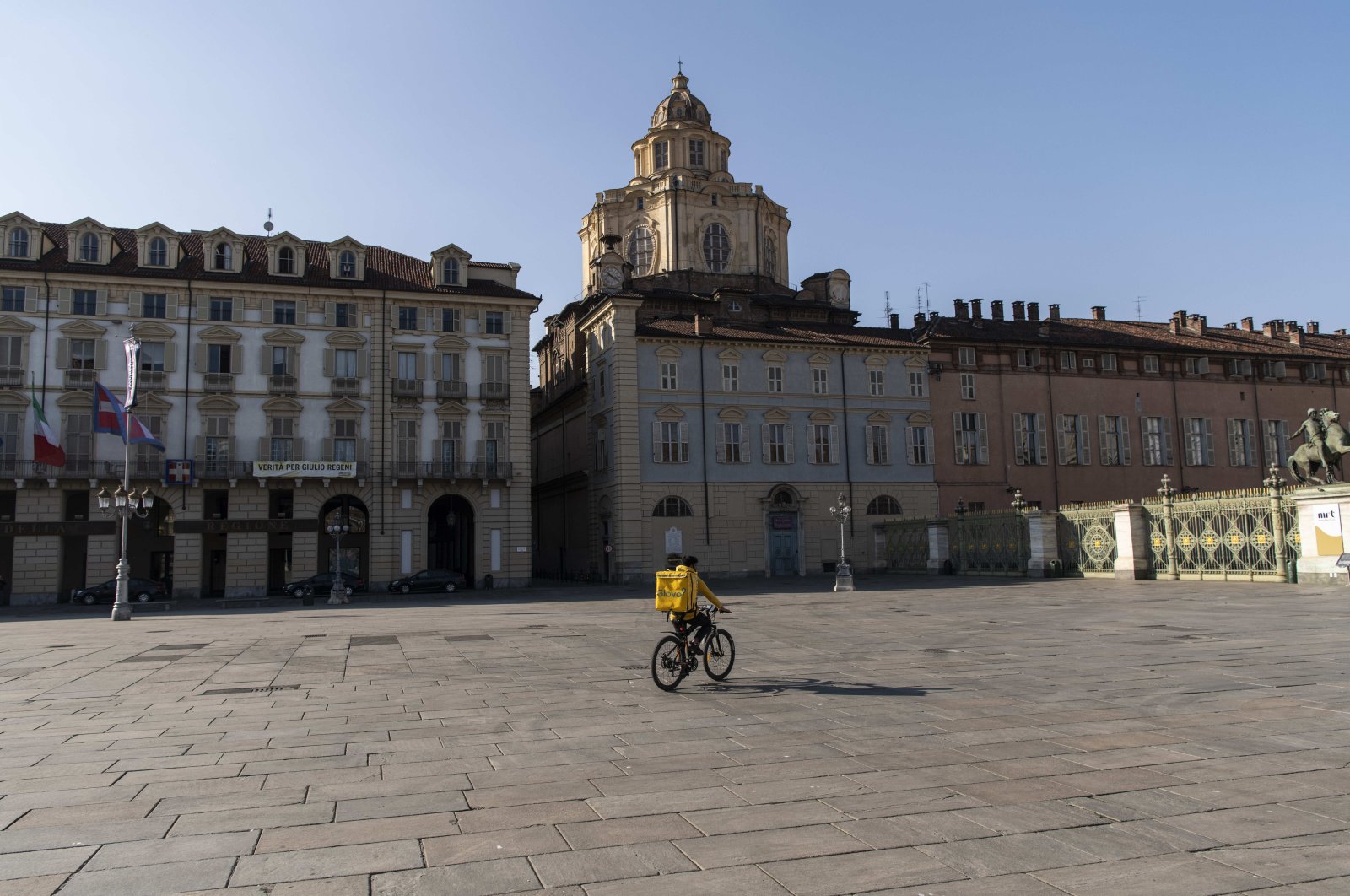 Italy's death toll from the coronavirus outbreak eclipsed China’s on Thursday as the scourge extended its march across the West, where the United States and other countries increasingly enlisted the military and improvised at every turn to get ready for an onslaught of patients.

In the U.S., the Army prepared mobile military hospitals for deployment in major cities. In Madrid, a four-star hotel was turned into a hospital. Medical centers around the United States set up drive-thru testing sites that drew long lines of motorists waiting for nurses to swab their nostrils.

As the outbreak spread westward, it infected at least one European head of state: Monaco's 62-year-old Prince Albert II, who continued to work from his office. And it appeared to be opening an alarming new front in Africa, where health care in many countries is already in sorry shape.

At the United Nations in New York, Secretary-General Antonio Guterres said the world is “at war with a virus” and warned that “a global recession, perhaps of record dimensions, is a near certainty.”

“If we let the virus spread like wildfire — especially in the most vulnerable regions of the world -- it would kill millions of people,” he said.

Italy, with 60 million citizens, recorded a total of at least 3,405 deaths, or roughly 150 more than in China, a country with a population over 20 times larger. At the same time Italy reached its bleak milestone, Chinese health authorities reported Thursday that Wuhan, the city where the coronavirus first emerged three months ago, had no new infections, a sign that the communist country's draconian lockdowns had worked.

Health authorities cited a variety of reasons for Italy’s high toll, key among them its large population of elderly people, who are particularly susceptible to serious complications from the virus. Italy has the world’s second-oldest population, and the vast majority of its dead — 87% — were over 70.

In a measure of how the fortunes of East and West have shifted, New York officials were sent to China to buy more ventilators. And in Italy, the leader of a delegation from the Chinese Red Cross openly castigated Italians for failing to take the country's national lockdown seriously.

On a visit to the hard-hit city of Milan, Sun Shuopeng said he was shocked to see so many people walking around, using public transportation and eating out in hotels.

Worldwide the death toll crept toward 10,000 and the total number of infections topped 240,000, including nearly 85,000 people who have recovered.

In the U.S., where deaths reached at least 178, and infections climbed past 11,000, Army officials announced plans to deploy two hospitals, probably to Seattle and New York City. Washington state had the highest death toll, 74. President Donald Trump said earlier this week that he would send a Navy hospital ship to the West Coast as well as one to New York City, which is rapidly becoming a U.S. epicenter, with more than 4,000 cases.

Damage to the world's largest economy kept piling up, with the number of Americans filing for unemployment benefits surging by 70,000 last week. On Wall Street, though, stocks rose modestly amid optimism over efforts by the Federal Reserve and other central banks to shore up the economy. The Dow Jones Industrial Average gained almost 200 points, or 1%.

Congress is weighing a proposed $1 trillion emergency package that would dispense relief checks to households in as many as two rounds, the first of which would consist of payments of $1,000 per adult and $500 for each child.

Around the country, governors and mayors sounded increasingly alarmed and took ever more drastic measures to fend off the crisis.

Pennsylvania Gov. Tom Wolf ordered the closing of all “non-life-sustaining” businesses in the state, with exceptions for gas stations, grocery stores, pharmacies and takeout restaurant service, and warned that violators could be subject to fines or imprisonment.

At a video conference with Trump, governors complained that they were having difficulty obtaining such things as swabs and protective gear for doctors and nurses.

And New York Mayor Bill de Blasio lashed out at the president as “the Herbert Hoover of your generation," referring to the man who was president when the stock market crashed in 1929 and the Depression set in.

New York Gov. Andrew Cuomo said the state does not have enough ventilators for the expected surge of patients in need of help breathing, and needs to acquire thousands before the outbreak overwhelms hospitals.

A Houston hospital that opened its doors to drive-thru testing quickly saw a line of hundreds of vehicles back up for more than a mile. At a white tent, workers in masks and head-to-toe protective gear swabbed motorists. Petra Sanchez waited to find out whether she had the virus.

The U.S. State Department, meanwhile, warned Americans in the strongest terms yet not to travel abroad under any circumstances.

Around the world, the British government, criticized as slow to react to the virus, shifted gears and drew up legislation giving itself new powers to detain people and restrict gatherings. The bill is expected to be approved by Parliament next week.

The British supermarket chain Sainsbury's reserved the first hour of shopping for vulnerable customers. Among them was Jim Gibson, 72, of London, who was concerned that the country wasn't ramping up testing fast enough.

“You can't go on ignoring World Health Organization guidelines — if they're wrong, who the hell is right?” he said. “Let's have no shilly-shallying.”

French Prime Minister Edouard Philippe pleaded with people to keep their distance from one another to avoid spreading the virus, even as the crisis pushed them to seek comfort.

“When you love someone, you should avoid taking them in your arms,” he said in Parliament.

In China, Thursday marked the first time since Jan. 20 that the locked-down city of Wuhan, where thousands once lay sick or dying in hurriedly constructed hospitals, reported no new locally transmitted cases. Authorities said all 34 new cases recorded over the previous day had come from abroad.

“Today, we have seen the dawn after so many days of hard effort,” said Jiao Yahui, a senior inspector at the National Health Commission.

China is slowly coming back to life, with the government saying about 80% of economic activity has been restored, although millions of workers remain stranded by travel bans. Beijing's tourism industry is still on hold, just as it should be ramping up for the summer season.

The World Health Organization warned, though, that the virus is spreading quickly in Africa, from about five countries a week and a half ago to 35 of the continent's 54 nations — an “extremely rapid evolution,” said WHO’s Africa chief, Dr. Matshidiso Moeti.