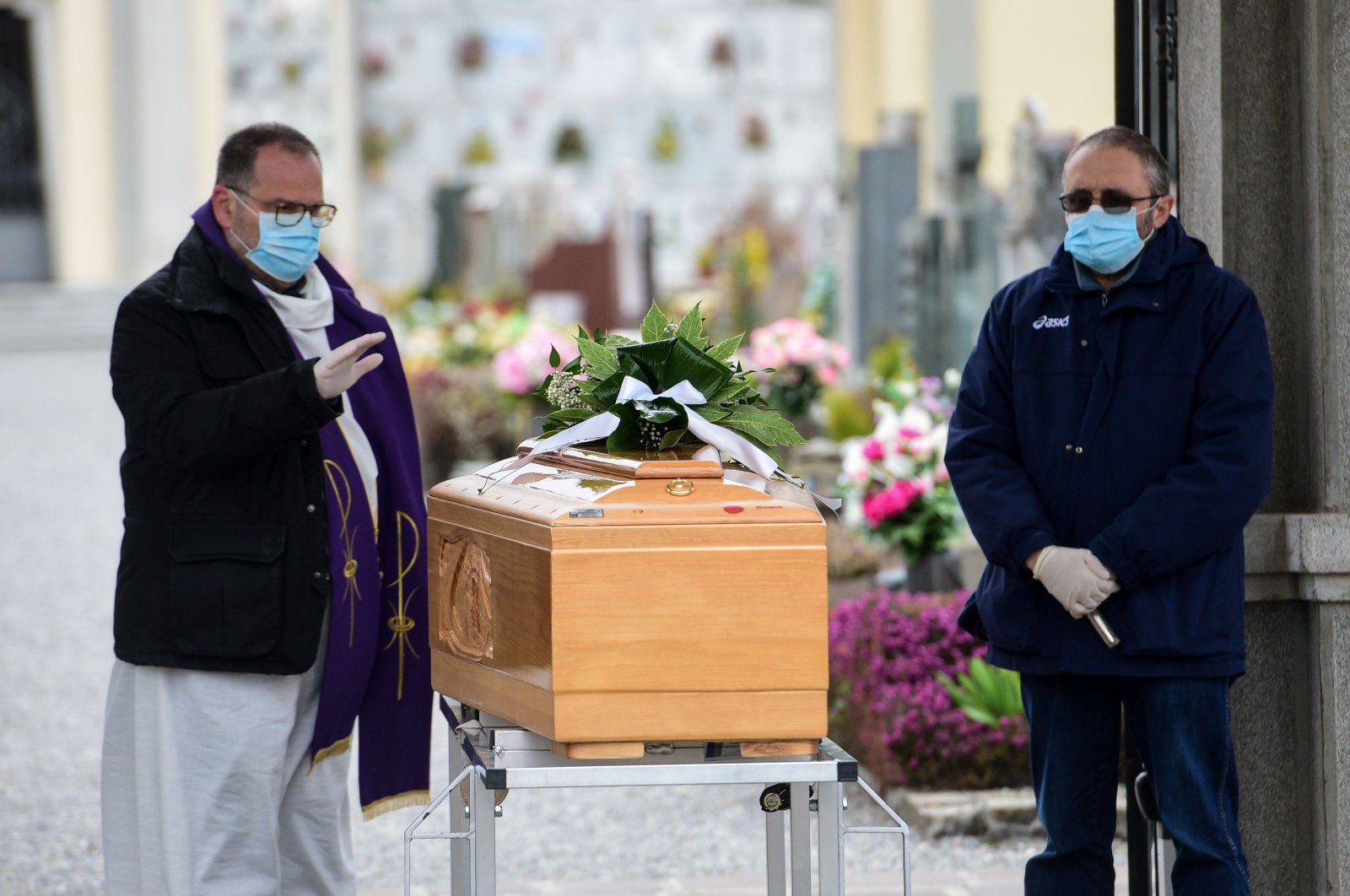 A priest (L), assisted by a pallbearer, both wearing a face mask, gives the last blessing to a deceased person, by a coffin during a funeral service at the cemetery of Bolgare, Lombardy, on March 23, 2020 during the COVID-19 new coronavirus pandemic. (AFP Photo)
by REUTERS Mar 23, 2020 8:27 pm

The death toll from an outbreak of coronavirus in Italy has grown by 602 to 6,078, the head of the Civil Protection Agency said on Monday, an 11% increase but the smallest rise in numerical terms since Thursday, suggesting a clear downward trend.

The total number of confirmed cases in Italy rose to 63,927 on Monday from a previous 59,138, an increase of 8%, the Civil Protection Agency said -- the lowest rise in percentage terms since the contagion came to light on Feb. 21.

Of those originally infected nationwide, 7,432 had fully recovered on Monday compared to 7,024 the day before. There were 3,204 people in intensive care against a previous 3,009.

The hardest-hit northern region of Lombardy remained in a critical situation, with a total of 3,776 deaths and 28,761 cases. That compared with 3,456 deaths and 27,206 cases reported up to Sunday.