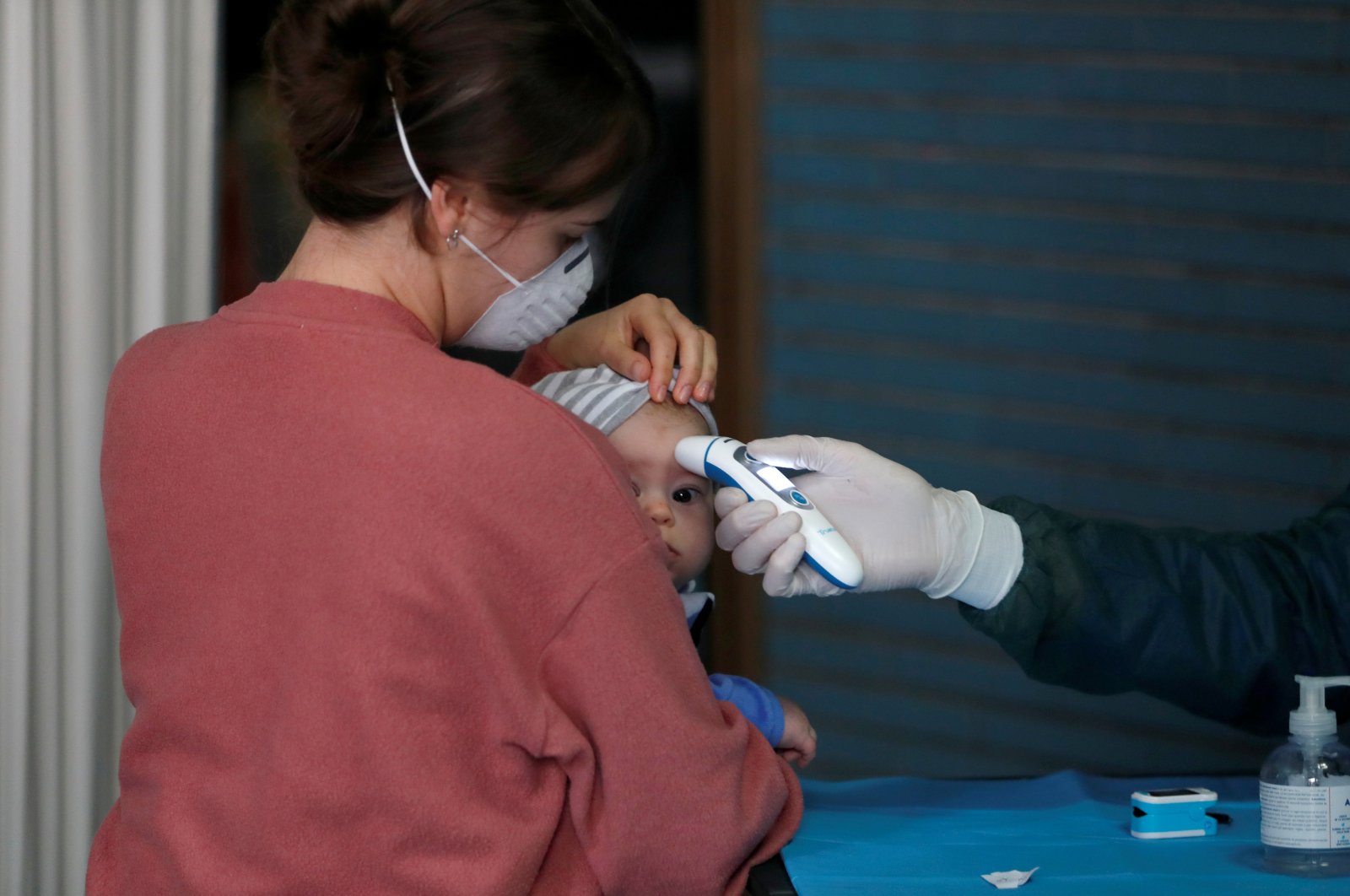 A doctor checks a temperature of a baby during medical tests by nongovernmental organization Intersos in a squatted building, Rome, April 3, 2020. (REUTERS Photo)
by French Press Agency - AFP Apr 09, 2020 11:42 am

A 2-month-old baby who was believed to have been Italy's youngest COVID-19 patient has been released from hospital after overcoming the disease, media reports said Thursday.

The baby was no longer running a temperature or fever and was released with her mother, who has recovered from a bout of pneumonia, the reports said.

The two were hospitalized in the southern city of Bari on March 18.

Italy has officially attributed 17,669 deaths to COVID-19, more than any other country.

The government is now weighing how and when to ease social distancing measures that have helped see daily death tolls slowly come down from a high of 969 last month.