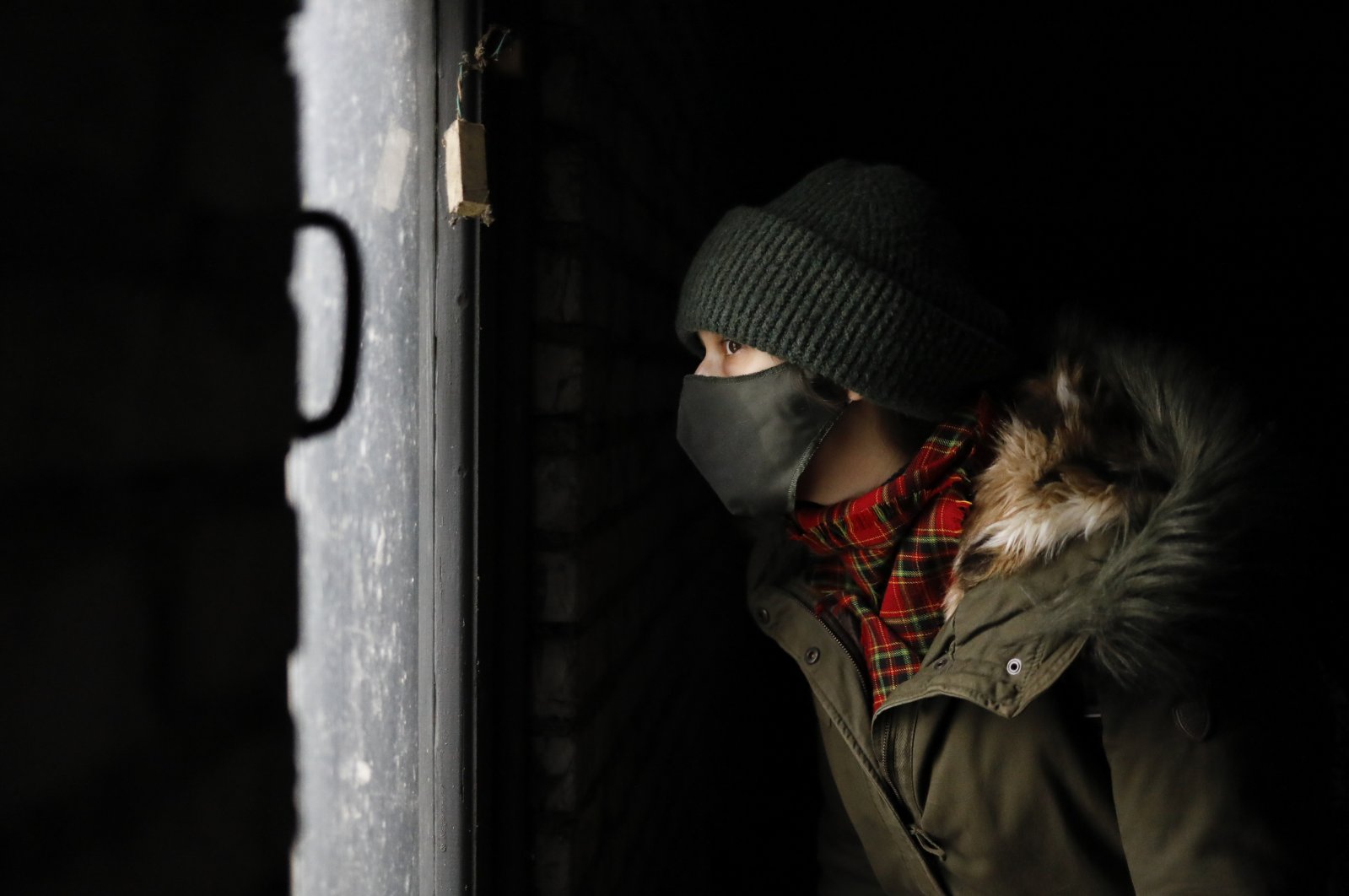 A young demonstrator wearing a face mask to help curb the spread of the coronavirus looks out of a dark garage where he is hiding from the police during an opposition rally to protest the official presidential election results in Minsk, Belarus, Dec. 13, 2020. Crowds of people took to the streets of the Belarusian capital on Sunday, in a traditional weekly protest against the country's authoritarian leader who won a sixth term in office in a disputed election. Small rallies were scattered around more than 70 different areas of Minsk. (AP Photo)
by ASSOCIATED PRESS Dec 26, 2020 2:52 pm
RECOMMENDED

A wave of COVID-19 has engulfed prisons in Belarus that are packed with people in custody for demonstrating against the nation’s authoritarian president, and some of the protesters who contracted the coronavirus while incarcerated accuse authorities of neglecting or even encouraging infections.

Activists who spoke to The Associated Press after their release described massively overcrowded cells without proper ventilation or basic amenities and a lack of medical treatment.

Kastus Lisetsky, 35, a musician who received a 15-day sentence for attending a protest, said he was hospitalized with a high fever after eight days at a prison in eastern Belarus and diagnosed with double-sided pneumonia induced by COVID-19.

"Humid walls covered by parasites, the shocking lack of sanitary measures, shivering cold and a rusting bed – that was what I got in prison in Mogilev instead of medical assistance,” Lisetsky told the AP in a telephone interview. "I had a fever and lost consciousness, and the guards had to call an ambulance.”

Lisetsky said that before he entered prison, he and three bandmates were held in a Minsk jail and had to sleep on the floor of a cell intended for only two people. All four have contracted the virus. Lisetsky must return to prison to serve the remaining seven days of his sentence after he’s discharged from the hospital.

He accused the government of allowing the virus to run wild among those jailed for political reasons.

"The guards say openly that they do it deliberately on orders,” Lisetsky said.

More than 30,000 people have been detained for taking part in protests against the August reelection of Belarusian President Alexander Lukashenko in a vote that opposition activists and some election workers say was rigged to give Lukashenko a sixth term.

Police have repeatedly broken up peaceful protests with clubs and stun grenades. The alleged vote-rigging and the brutal crackdown on demonstrations have prompted the United States and the European Union to introduce sanctions against Belarusian officials.

Opposition candidate Svetlana Tikhanovskaya, who placed second in the presidential election and was forced to leave the country after she challenged the official results giving Lukashenko 80% of the vote, urged foreign leaders and international organizations to intervene to help stem the coronavirus outbreak in Belarus' prisons.

"In the center of Europe, inmates are being deliberately infected with coronavirus,” Tikhanovskaya told The Associated Press. "They move the infected people from one cell to another, and the cells are overcrowded and lack ventilation. It’s an atrocity, it can only be assessed as abuse and torture.”

Authorities haven’t released the number of prisoners with COVID-19, but rights activists say that thousands of protesters tested positive after they were detained.

"The horrible condition of Belarus’ penitentiary system has contributed to an outbreak of COVID-19 in prisons, but the authorities haven’t even tried to improve the situation and have put thousands of activists on that conveyer,” Valiantsin Stefanovic, vice chairman of the Viasna rights center, said.

Artsiom Liava, a 44-year-old journalist, said he got infected last month while awaiting a court hearing in a jail cell intended to accommodate 10 but housing about 100 inmates. Liava was detained while he was covering a protest in the Belarusian capital, Minsk, for the independent Belsat TV channel.

"First, fellow inmates and then me stopped feeling the prison stench,” he told The Associated Press. "All of us had a fever, strong cough and were feeling feeble, but they weren’t giving us even hot water.”

Liava said that after receiving a 15-day sentence, he was moved to different jails and prisons in Minsk and nearby towns as authorities struggled to house inmates in overcrowded detention facilities. He said he witnessed similar conditions in all of them – cellmates coughing or experiencing difficulty breathing, and prison wardens treating them with emphatic neglect.

"It was like a mockery, doctors weren’t responding to pleas and complaints,” Liava said. "It was forbidden to lie down during daytime and mattresses were folded up. We all felt exhausted, but we were forced to stay seated on iron beds in the basement without any access to fresh air.”

The journalist said he didn't get a single dose of medicine during his stint behind bars. The day after he left prison, Liava said, he tested positive for COVID-19, and a CT scan showed that his lungs were badly affected.

"Prison doctors should be prosecuted for negligence. They put our lives in danger by refusing us (basic) medical treatment,” said Liava, who had a strong cough and was breathing with difficulty while speaking to the AP.

Belarus has reported more than 180,000 confirmed coronavirus cases since the start of the pandemic, but many in the ex-Soviet republic of 9.4 million people suspect authorities of manipulating statistics to hide the true scope of the country's outbreaks.

Lukashenko cavalierly dismissed the coronavirus early during the pandemic, shrugging off the fear and national lockdowns the new bug had caused as "psychosis” and advising citizens to avoid catching it by driving tractors in the field, drinking vodka and visiting saunas. His attitude has angered many Belarusians, adding to the public dismay over his authoritarian style and helping fuel the post-election protests.

Ihar Hotsin, a doctor working at a top oncology hospital in Minsk, was detained when he joined a rally of medical workers opposing the crackdown on demonstrations. He said he and four of his colleagues who were arrested all contracted the virus in custody.

Hotsin, 30, believes he got infected at the prison in the city of Baranovichi where he was held in a 12-square-meter (129-square-foot) cell together with about 80 other inmates.

"Five doctors from our hospital were detained, and all five tested positive for COVID-19 after being released, a 100% rate,” Hotsin said. "We must cry out loud about an outbreak of COVID-19 in jails overcrowded with political prisoners.”