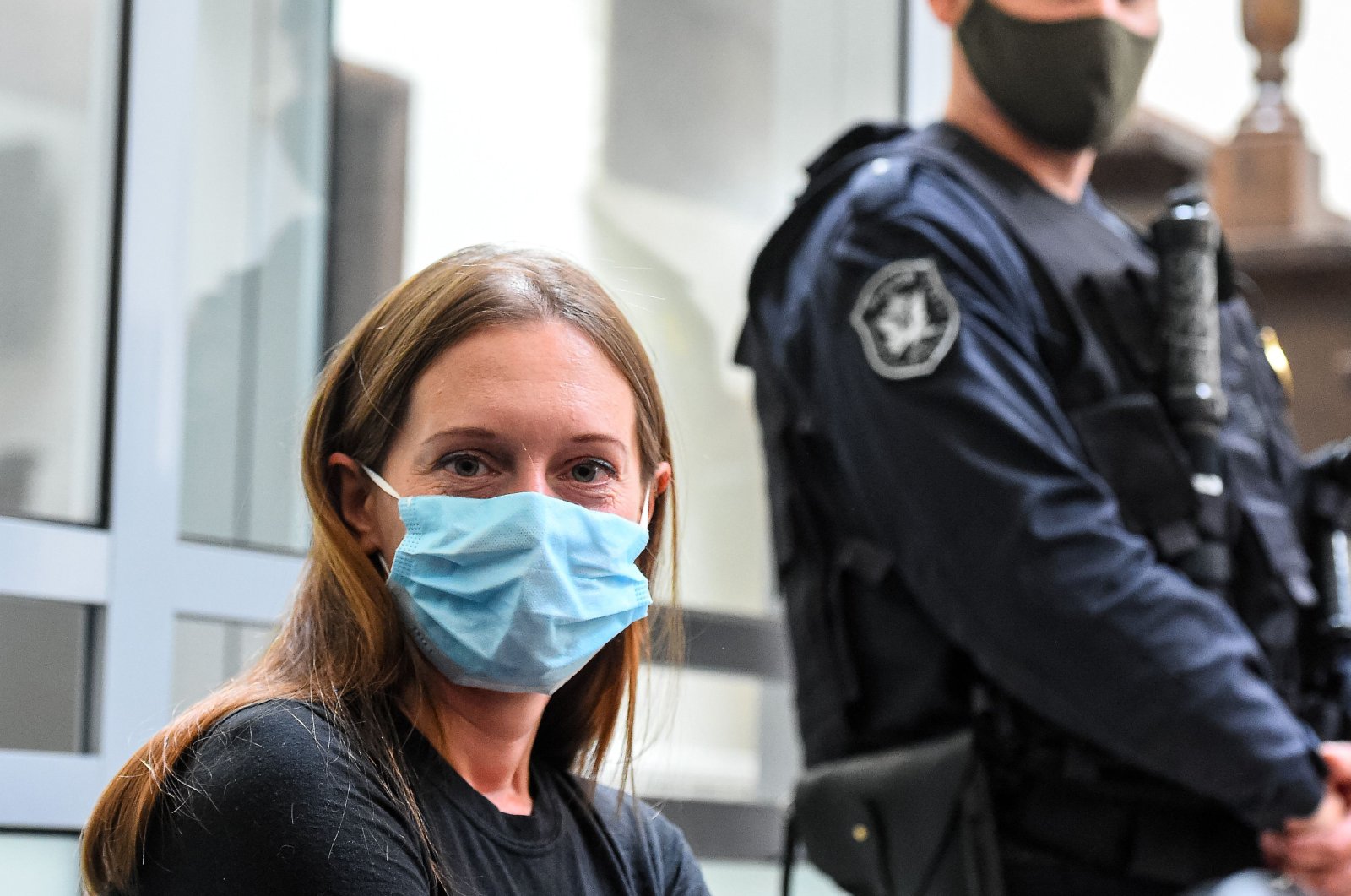 A Russian journalist was found guilty on Monday and given a hefty fine for "justifying terrorism" in a case that has sparked an outcry among her allies at home and rights groups abroad.

Svetlana Prokopyeva, who is based in the northwestern city of Pskov, works for the Russian service of the U.S.-funded Radio Free Europe/Radio Liberty (RFE/RL) as a freelance contributor.

She was charged with publicly justifying terrorism over a column she wrote about an attack that targeted Russian security services in northern Russia in 2018.

Her supporters in the courtroom shouted "shame" and "she is not guilty" as the judge read out the verdict.

Prosecutors last week had asked the judge to jail Prokopyeva for six years and ban her from working in journalism for four years on charges that carry a maximum sentence of seven years.

Prokopyeva, who arrived at the court wearing a T-shirt bearing the words "We will not shut up," said she would appeal the decision.

In her final words to the court ahead of the verdict, Prokopyeva said she was "not afraid of criticizing the state" and "telling security officials they are sometimes wrong," explaining: "Because I know it really will become scary if I don't speak out – if no one speaks out."

The case has its origins in a November 2018 bombing carried out by a 17-year-old anarchist who blew himself up in a Federal Security Service (FSB) building in Arkhangelsk in northern Russia, injuring three service members.

In her opinion piece, published by the Pskov affiliate of the Echo of Moscow radio station, Prokopyeva linked the teenager's suicide bombing to the political climate under President Vladimir Putin.

Dozens of human rights defenders signed a statement published by the Memorial rights group on Monday denouncing the case as "openly political" with the goal of "intimidating Russian journalists."

"A journalist is entitled to freely spread information not only on events but also on ideas," the statement read.

Ahead of the sentencing, international press advocacy group Reporters Without Borders urged the Russian authorities to throw out the case saying it set a "dangerous precedent."

Human Rights Watch last month described the case as a "violation of freedom of expression" that sent a "chilling message."

More than 30 prominent Russian journalists spoke out in support of Prokopyeva in statements published online this month, and more than a dozen of her supporters were briefly detained at a picket last week.

The case comes amid growing concerns over press freedom in Russia where reporters and news organizations have come under increasing pressure from the authorities.

A journalist in Saint Petersburg was hospitalized last week with a broken arm following a confrontation with police in a polling station during a nationwide vote on controversial reforms to the constitution that allows Putin to extend his rule until 2036.

Senior editors at Russia's most influential business newspaper Vedomosti quit last month in protest against what they said was pro-Kremlin censorship.