'Just let us in,' Jewish pilgrims plead to Ukraine 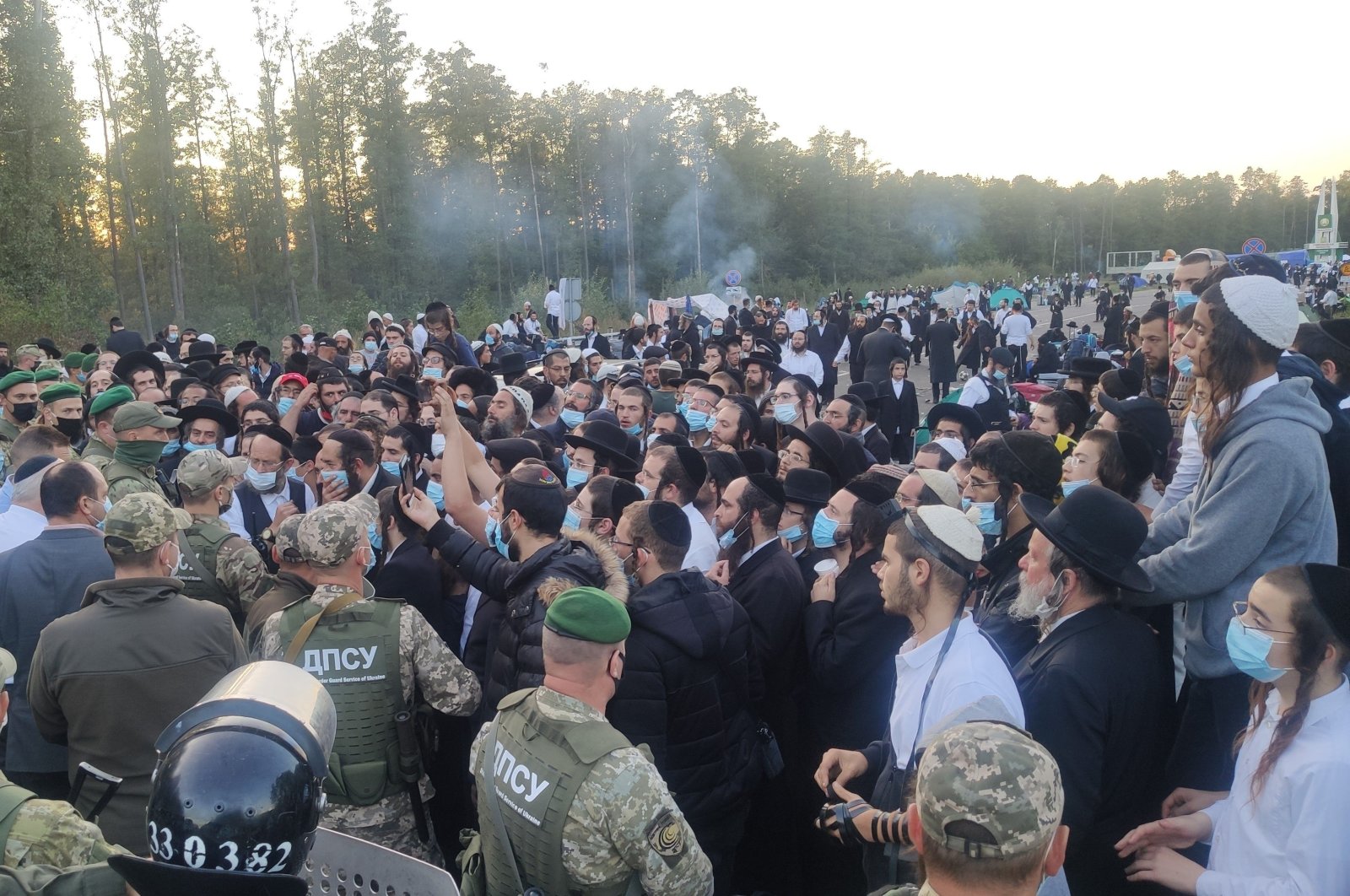 A crowd of more than 2,000 frustrated Jewish pilgrims built up on the closed Ukraine-Belarus border on Wednesday, leading to a standoff and diplomatic tensions between the neighbors.

Tens of thousands of Hasidic Jews head to the central Ukrainian town of Uman every Jewish New Year -– which falls on Sept. 18-20 this year – to visit the tomb of Rabbi Nahman, the founder of the Breslov Hasidic movement.

The believers departed for Uman this year even though both the Ukrainian and Israeli governments last month had urged them not to travel because of the global COVID-19 pandemic.

"We call on the Belarusian authorities to stop creating additional tension on the border," a statement by the Ukrainian presidency said.

Kiev said that around 2,000 pilgrims, mostly from Israel, had congregated on the border after "believing rumors" that they would be permitted entry.

Ukraine has banned foreigners from entering until late September because of a spike in coronavirus infections, but the pilgrims – from countries including France, the United States and Israel – attempted to bypass the restrictions by going via Belarus.

Both sides said they would supply the massed crowds, though pilgrims have complained of being left cold and hungry.

The head of Ukraine's border guard Sergiy Deyneko addressed the pilgrims in a video released by his service on Wednesday saying no one would be allowed to enter the country.

"I respect your traditions and customs, but this year you will not be able to get to Uman. I am ready to repeat this, if necessary, a thousand times," he said.

The video shows hundreds of Hasidic Jews in traditional garb at the Novi Yarylovychi border crossing praying, singing and trying to persuade Ukrainian border guards to make an exception.

"We are ready for any conditions and instructions on the coronavirus. Just let us in!" read a handwritten sign carried by one of the believers in the video.

The pilgrims are currently between border points after the Belarus side allowed them to pass.

"At the moment, the situation does not allow us to let an additional number of Hasidic Jews to enter Ukraine," Ukrainian Deputy Foreign Minister Yevgeniy Yenin told Ukraina 24 TV channel.

Belarus officials said Tuesday that more than 100 Israeli citizens had been allowed to reenter the country after being turned away by Ukraine at another crossing nearby.

Hundreds of law enforcement officers have been deployed on the Ukrainian side in the northern Chernigiv region, an Agence France-Presse (AFP) correspondent reported from the scene.

"There have been no provocations, no tense situations since yesterday," said Ukrainian border guard spokesperson Demchenko.

Belarus President Alexander Lukashenko on Wednesday asked his government to negotiate with Kyiv to create a transit "corridor" and allow the pilgrims passage to holy sites in Ukraine.

Ties between Belarus and Ukraine have been strained since Lukashenko accused Kyiv of stoking political unrest and mass protests that erupted after he claimed victory in disputed elections last month.

In its statement Wednesday, Kyiv said the Aug. 9 presidential vote in Belarus was "dubiously" organized.

Both Ukraine and Israel are keen to avoid a spike in infections, with Kyiv closing the borders to foreigners until late September while Israel is set to impose a three-week lockdown from Friday.

Up to 3,000 Hasidic Jews have arrived in Uman for the celebrations, local police said. Law enforcement has tightened security near Rabbi Nachman's tomb where pilgrims have congregated.

Ukraine has reported more than 162,000 cases of coronavirus and over 3,340 fatalities.