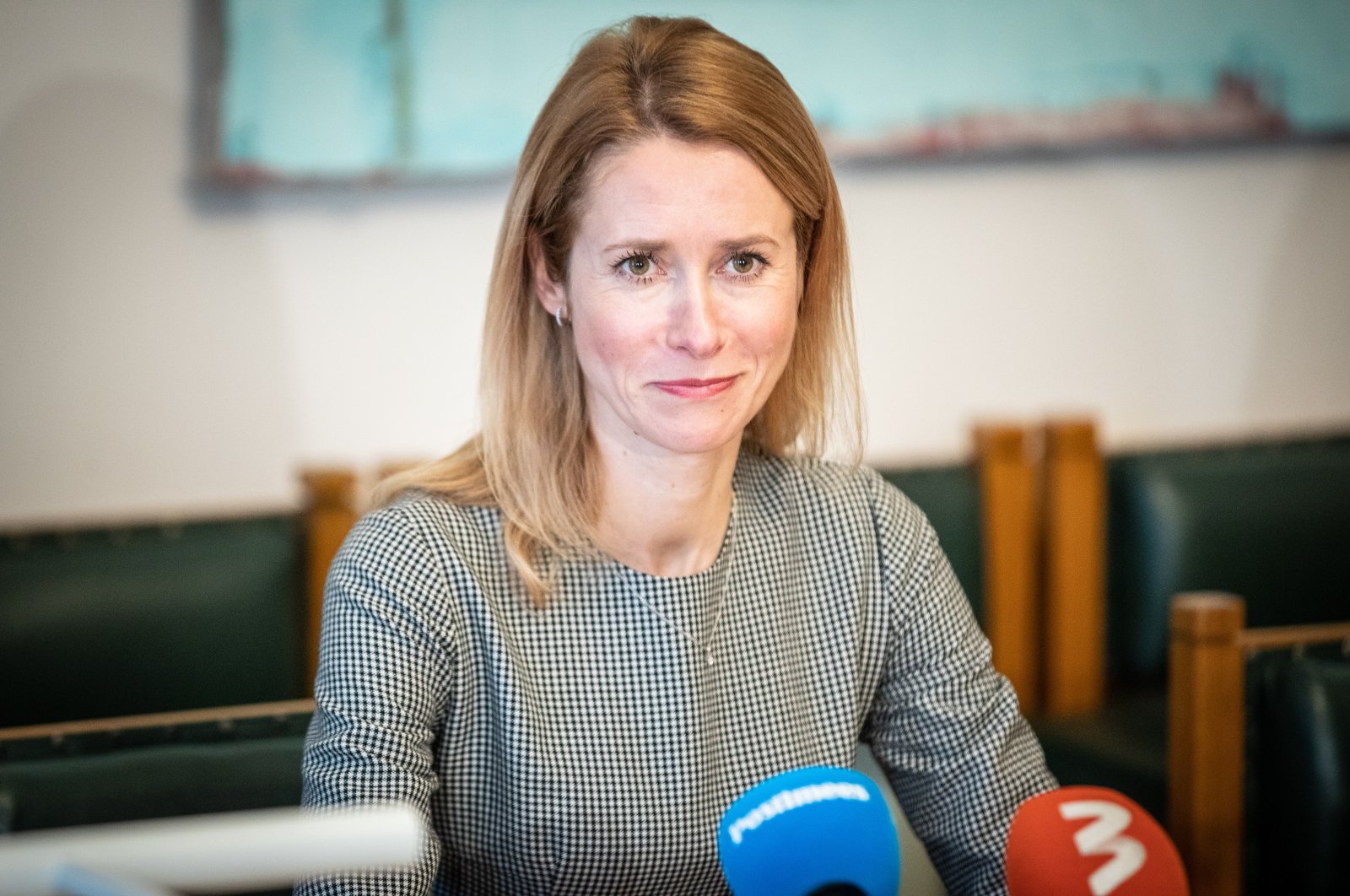 Leader of the Reform Party and a former Member of the European Parliament Kaja Kallas in Tallin on Jan.14, 2021. (Reuters File Photo)
by ASSOCIATED PRESS Jan 24, 2021 8:56 pm
RECOMMENDED

A female prime minister will be leading a new government in Estonia for the first time in the Baltic country’s history as the country's two biggest political parties clinched a deal Sunday to form a new government, replacing the previous Cabinet that collapsed into a corruption scandal earlier this month.

The party councils of the opposition, center-right Reform Party and the ruling left-leaning Center Party voted in favor of joining a Cabinet headed by Reform’s prime minister-designate and chairwoman Kaja Kallas. Both parties are set to have seven ministerial portfolios in addition to Kallas' prime minister post in the 15-member government, which would muster a majority at the 101-seat Riigikogu Parliament. A joint statement said the Reform Party and the Center Party "will form a government that will continue to effectively resolve the COVID-19 crisis, keep Estonia forward-looking and develop all areas and regions of our country.”

Earlier this month, President Kersti Kaljulaid, who is expected to appoint Kallas’ Cabinet in the next few days, said tackling Estonia’s worsening coronavirus situation and the economic turmoil caused by the pandemic should be an immediate priority for the new government. Kaljulaid, Estonia's first female head of state since 2016, tasked Kallas to form the government as her pro-business and pro-entrepreneurship Reform Party emerged as the winner of Estonia’s March 2019 general election.

Pending approval from lawmakers, Kallas, 43, will become the first female head of government in the history of the small Baltic nation of 1.3 million which regained its independence amid the fall of the Soviet Union in 1991. A lawyer and former European Parliament lawmaker, she is the daughter of Siim Kallas, one of the Reform Party’s creators, a former prime minister and a former European Union commissioner.

Kaja Kallas took the reins at the Reform Party in 2018 as its first female chair. Her first Cabinet will see women in other key positions too as Reform's Keit Pentus-Rosimannus takes over the finance minister post and diplomat Eva-Maria Liimets becomes the foreign minister. The government formation marks the second such attempt for Kallas in less than two years as she failed to bring about a Reform Party-led government after the 2019 election.

That paved the way for the archrival Center Party and its leader, Juri Ratas, to form a three-party coalition without the Reform Party. Ratas and his Cabinet resigned on Jan. 13 over a scandal involving a key official at his Center Party suspected of accepting a private donation for the party in exchange for a political favor on a real estate development at the harbor district of the capital, Tallinn. Ratas' government, which took office in April 2019, was shaky from the start as the coalition included the populist EKRE, the nation’s third-largest party which runs on a nationalist, anti-immigration and anti-EU agenda. The strong rhetoric of the EKRE leaders, Mart Helme and his son Martin Helme, created several embarrassing situations for Ratas’ government with public statements that were seen as insulting to Estonia’s international allies and tarnishing the country's image, and which brought the government to the brink of collapse at least twice.

Kallas ruled out straight away including EKRE in her Cabinet, citing considerable differences in values. Reform Party defines itself on its website as "the leader of the liberal worldview in Estonia.” The perceived damage caused by the right-wing EKRE to Estonia's image is seen as so severe that Kallas acknowledged earlier to Estonian media that her Cabinet would embark on a diplomatic mission to regain trust among the country's allies and assure them of Estonia's new political course. Estonia’s prime minister since November 2016, Ratas won't be part of the new Cabinet. Local media reported earlier that he could become the parliamentary speaker in March. Estonia has been a member of the European Union and NATO since 2004.