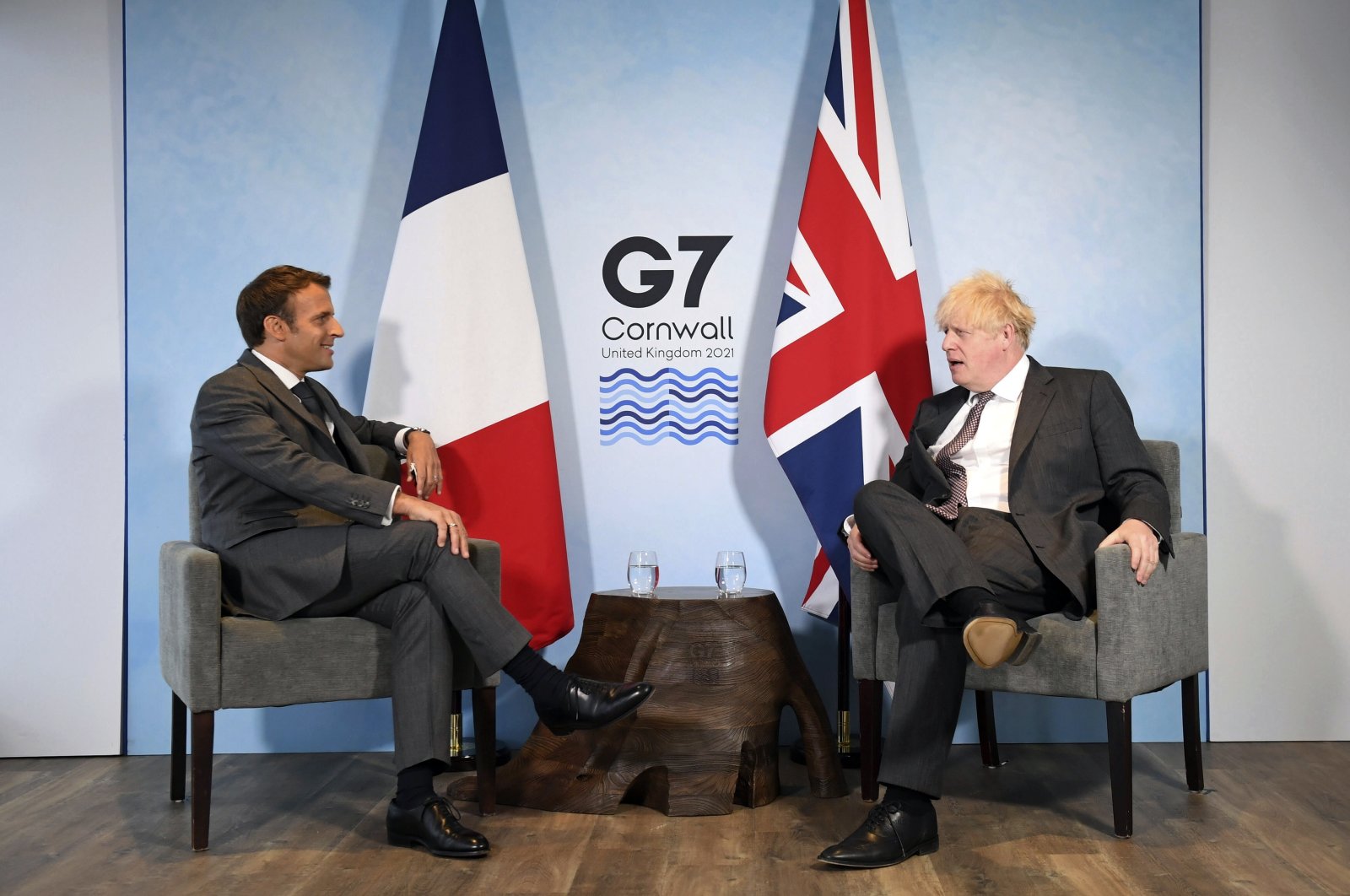 U.K. Prime Minister Boris Johnson was told to make good on his Brexit promises by French President Emmanuel Macron, amid an impasse over new trade arrangements in Northern Ireland.

Johnson met Macron on Saturday on the sidelines of the Group of Seven (G-7) summit in southwest England, with Brussels angered by Britain's failure to implement border checks on goods.

A source in Macron's office said he explained to Johnson in no uncertain terms that the U.K. should "keep its word" and abide by the terms of the deal he signed with the European Union just last December.

The row over the so-called Northern Ireland protocol, agreed separately to the Brexit divorce deal, has dogged the showpiece G-7 summit in Cornwall.

The Times reported that U.S. President Joe Biden had ordered American diplomats to rebuke London for threatening peace in the U.K. province by failing to implement border checks.

Macron also blasted the U.K. and said it was "not serious to want to revisit, in the month of July, what we finalised after years of work in December."

"I believe in the power of treaties. I believe in seriousness. Nothing is renegotiable. Everything is applicable," he said in Paris on Thursday.

Britain has repeatedly called for more flexibility and pragmatism from the EU, given Northern Ireland's violent past and its fragile current peace.

Under the protocol, checks are supposed to be carried out on goods arriving in Northern Ireland from mainland Britain – England, Scotland and Wales.

That is to avoid unchecked goods going into the European single market and customs union, which the U.K. left this year, via Northern Ireland's neighbour, EU member state Ireland.

But pro-British unionist communities in Northern Ireland are opposed to the protocol, arguing that checks drive a wedge between the province and the rest of the U.K.

The checks have been suspended after threats to port staff and violence in recent months, while London has indicated it could extend a grace period on chilled meat products at the end of this month.

The European Commission has threatened reprisals, including targeted tariffs, if it does so, sparking talk in the U.K. press of a "sausage war" with Europe.

Johnson played down any rift after talks with Biden on Thursday, insisting the U.S. president did not sound the alarm over the issue.

He said there was "absolutely common ground" on all sides in upholding the landmark 1998 peace deal that ended three decades of violence over British rule in Northern Ireland.