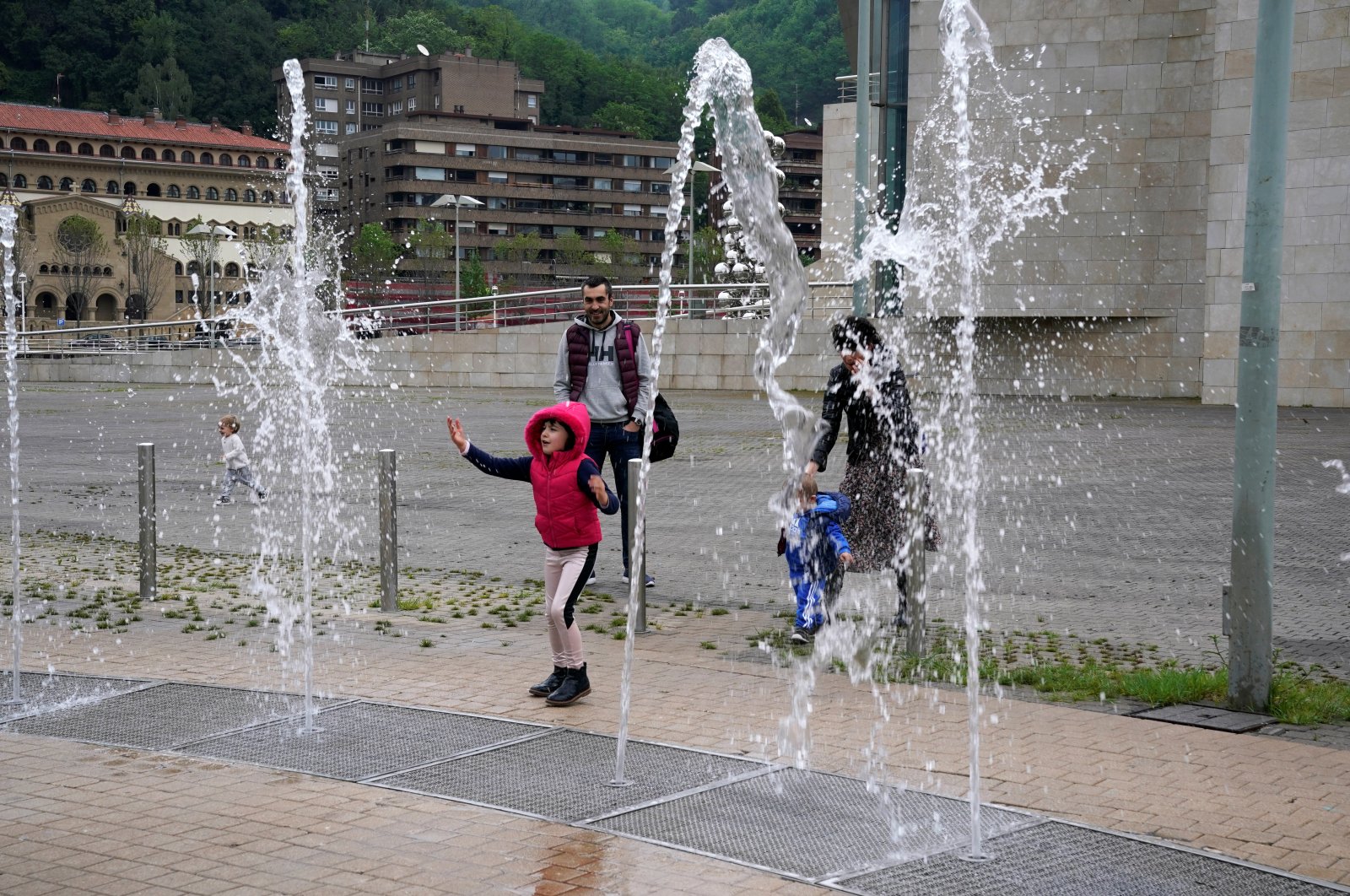 A girl plays in a fountain at the Guggenheim Museum, after restrictions were partially lifted for children, Bilbao, Spain, April 26, 2020. (REUTERS Photo)
by Compiled from Wire Services Apr 26, 2020 12:51 pm

Spain's daily coronavirus death toll dropped to 288 on Sunday, the lowest since March 20, as the country eased its lockdown to allow children outside for the first time in six weeks.

The health ministry said the figure dropped from 378 on Saturday and brought Spain's total toll to 23,190, the third highest number of deaths after the United States and Italy. In total, nearly 100,000 people have recovered. Spain has confirmed, via polymerase chain reaction (PCR) test, a total of more than 207,000 cases.

Thousands more have also been confirmed to have contracted the virus via antibody tests, but the ministry did not release that data on Sunday.

It is a joyful day for many children across the country, who are getting their first taste of freedom since March 14. Restrictions have been eased that virtually prohibited children from going outside.

Now, children under 14 years old are allowed to roam within a 1-kilometer (0.62-mile) radius of their homes under the supervision of an adult. Playgrounds are still off-limits, bikes or scooters are not allowed, but kids can now explore their neighborhoods by foot or in a stroller.

On Saturday night, Spanish Prime Minister Pedro Sanchez announced that if the evolution of the disease continues to improve, adults will also be allowed to go outside for physical activity starting next Saturday.

On Tuesday, the Spanish government will submit its plan for further de-escalation of one of the strictest lockdowns in the world.