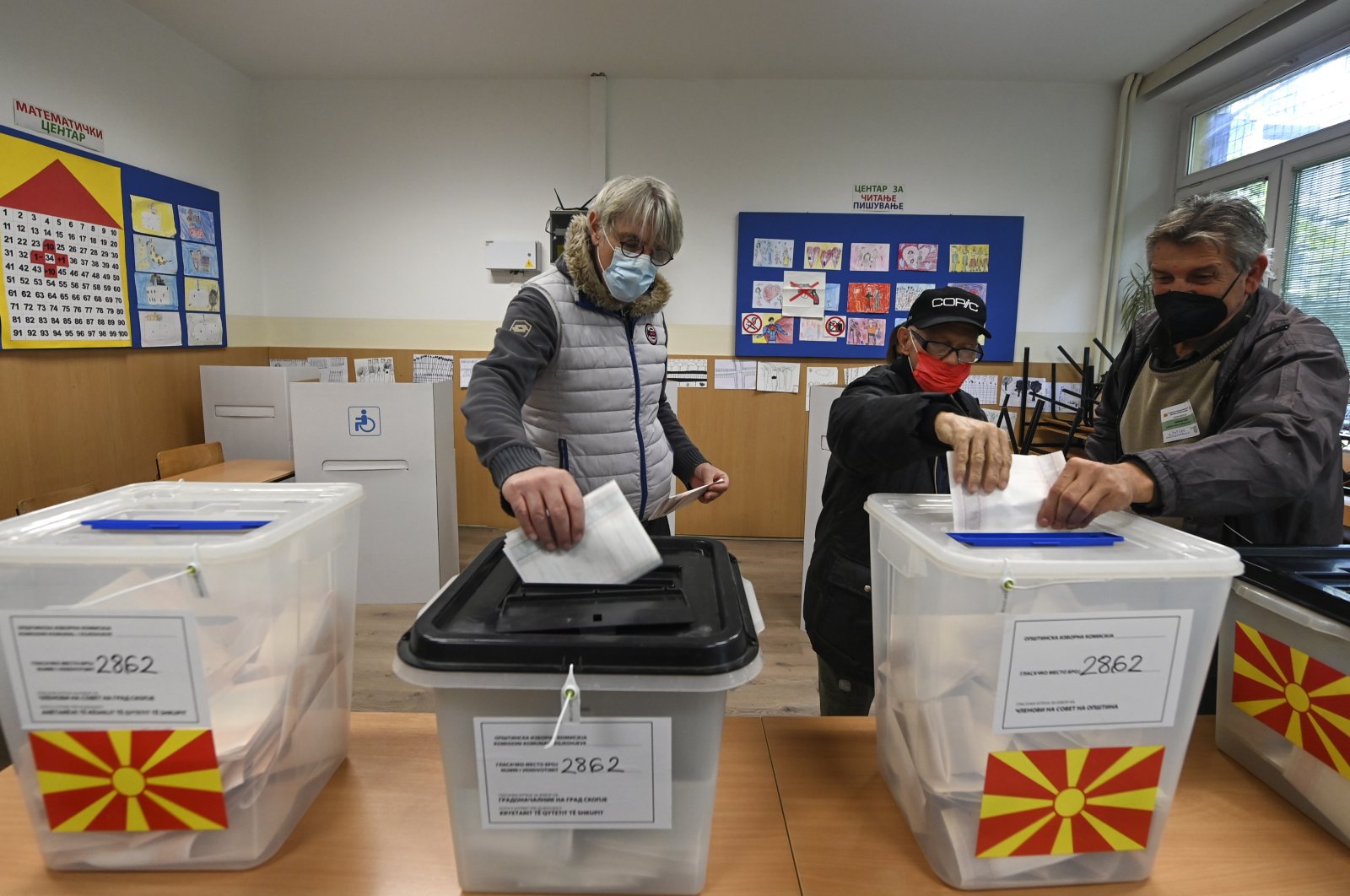 Eligible citizens headed to the election ballots in North Macedonia and Kosovo Sunday to elect new mayors and city councilors.

In North Macedonia, more than 3,400 polling stations were open from 7 a.m. to 7 p.m. local time (5 a.m. to 5 p.m. GMT) for about 1.82 million registered voters to elect the figures and parties that will govern the country locally for the next four years.

In each race, if no candidate gets more than 50% of the vote Sunday, the two candidates with the most votes will compete in a second round next Sunday, Oct. 31.

Voters are choosing 81 mayors and city council members for each city.

​​This year, for the first time the country is using devices to detect voters' fingerprints.

Those in quarantine due to coronavirus, the elderly, prison inmates, and nursing home residents cast their votes on Saturday.

In addition to 23 independent candidates, some 5,500 people from 32 political parties, one coalition, and 33 civil initiatives are competing in the election.

In Kosovo, voters are choosing 38 mayors and city council members for four-year terms.

About 1.9 million voters are casting ballots to elect mayors for 38 municipalities and some 1,000 town hall lawmakers. Preliminary results are expected by midnight. In previous polls, many of the communes have gone to runoffs, which take place in a month's time.

Earlier this week, Kosovo police clashed with ethnic Serbs during an anti-smuggling operation, and last month an issue over vehicle license plates was resolved only after mediation from the European Union and the United States. The NATO-led Kosovo Force, or KFOR, deployed troops to the border area, ending the spat.

Kosovo declared independence from Serbia in 2008 but Serbia doesn’t recognize the move.

Elections are taking place during the ongoing coronavirus pandemic, a tough test for the people and authorities. Officials running the election process must have had at least one shot of vaccine, while voters must wear masks. Election teams are taking the ballot box to the homes of people who are currently positive for the virus.