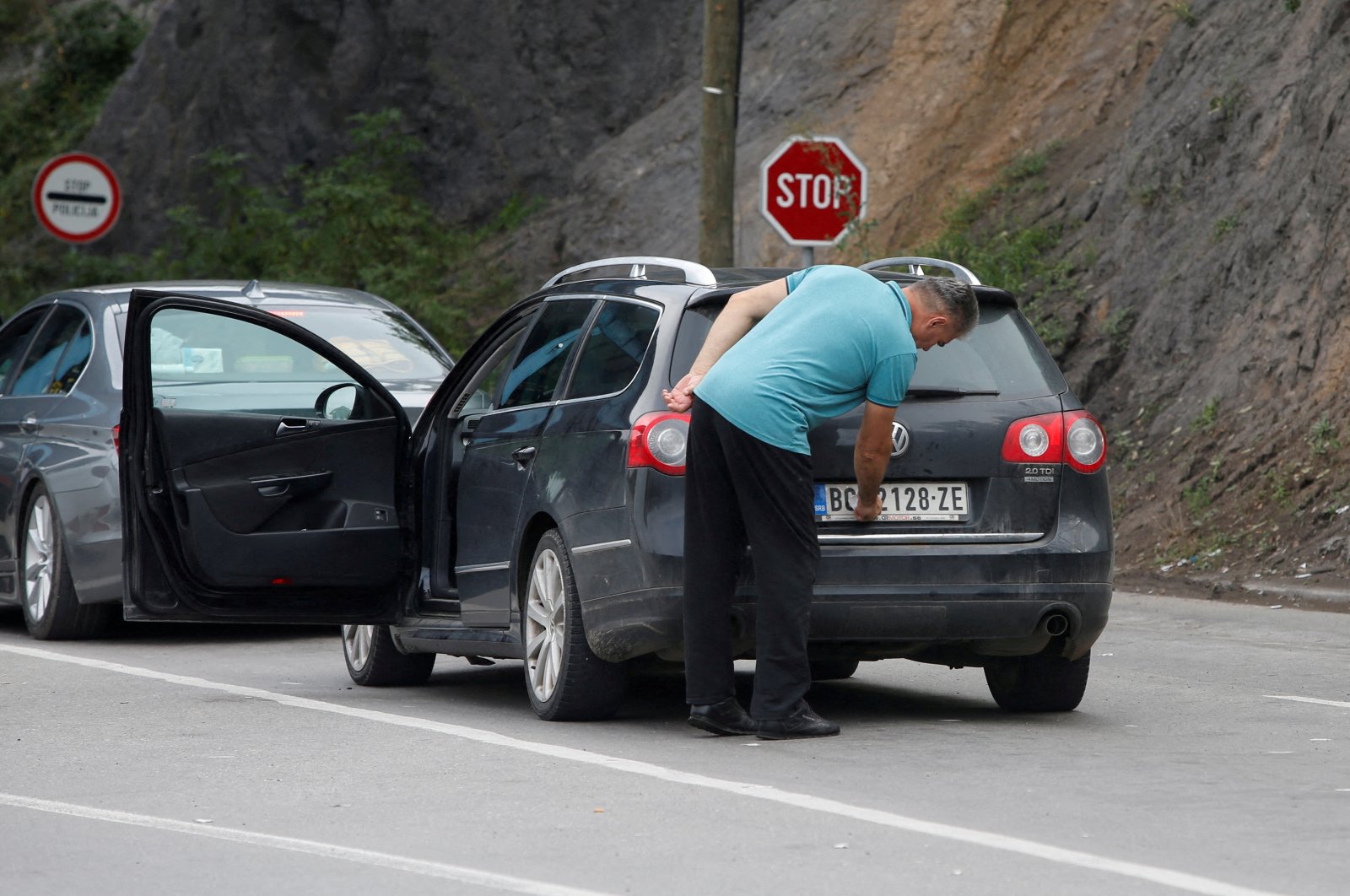 A driver removes a sticker covering the national markings on his car plates at the Jarinje border crossing, Kosovo, Sept. 1, 2022. (Reuters Photo)
by Daily Sabah Nov 24, 2022 12:41 am
RECOMMENDED

Kosovo and Serbia reached an 11th-hour deal on Wednesday to end a nearly two-year dispute over car license plates in northern Kosovo, which the West had warned could trigger ethnic violence, the European Union's foreign policy chief said.

"We have a deal," Josep Borrell posted on Twitter after the agreement was reached in Brussels under EU mediation.

Kosovo has most recently decided to delay the controversial decision to resolve the row over a scheme to replace Serbian number plates.

The dispute erupted after Kosovo said the country's ethnic Serbs would be penalized if they did not swap vehicle license plates issued by Serbia for registration numbers issued by Pristina.

The underlying source of tension is Kosovo's 2008 declaration of independence from Serbia. The latter does not recognize the move and has encouraged Kosovo's Serb minority to remain loyal to Belgrade.

The delay helped calm tensions in northern Kosovo, a day after EU-mediated negotiations between Belgrade and Pristina over the potentially explosive scheme failed to produce results.

The dispute has sounded alarm bells in the European Union, which has been seeking to normalize ties between Serbia and Kosovo and wants both to refrain from provocative gestures.

In the latest development this month, Serbs in northern Kosovo resigned from public institutions in protest over the scheme.