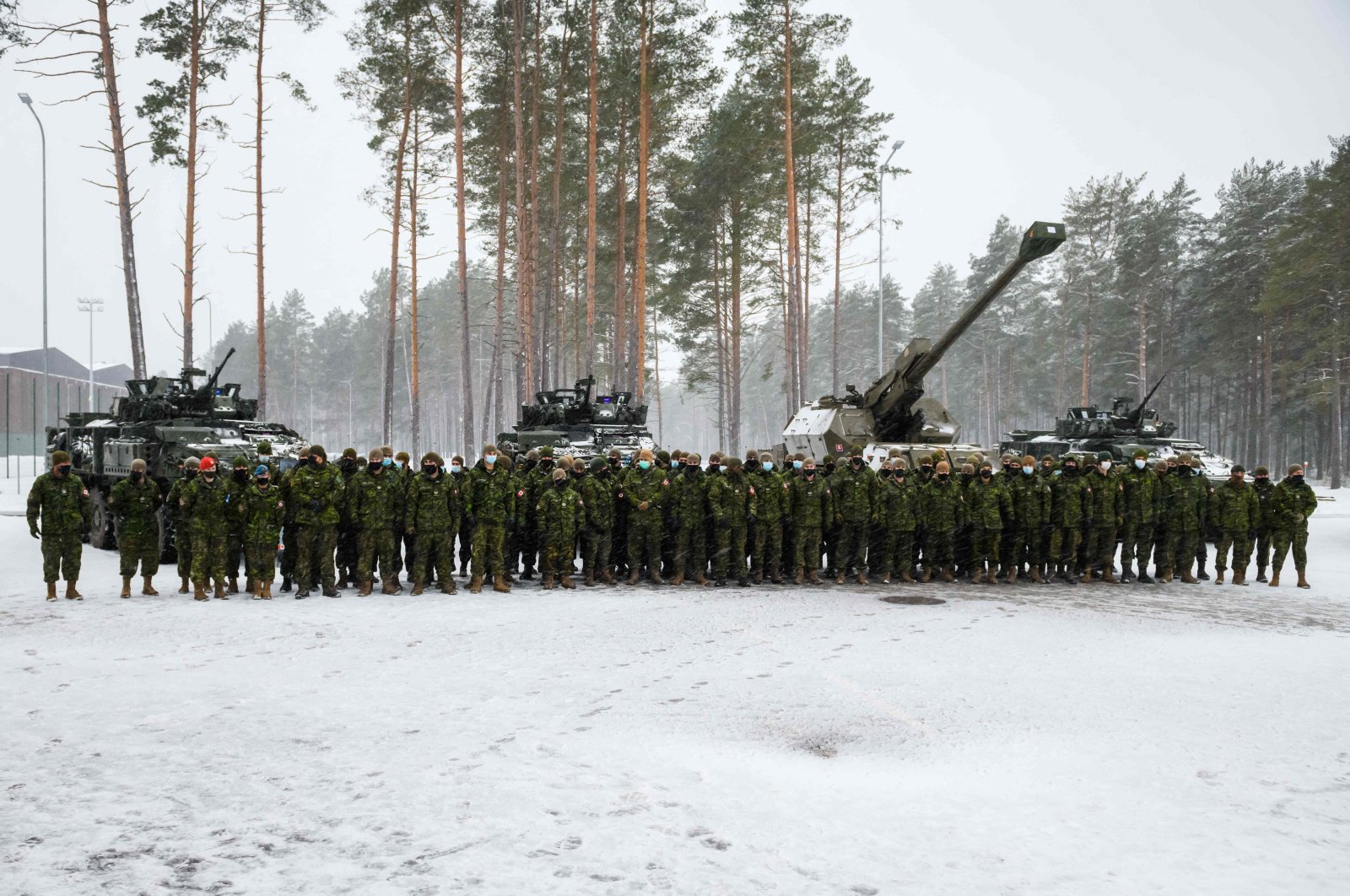 Latvia's Defense Minister Artis Pabriks on Monday called for the U.S. military to establish a permanent presence in the country to deter Russia and expressed interest in buying U.S. Patriot missiles, as NATO's chief visited allied troops in the Baltic nation.

U.S. Secretary of State Antony Blinken was due to arrive in Latvia's capital Riga late on Monday before a meeting on Tuesday with 29 NATO counterparts. The alliance is alarmed by a Russian military build-up on Ukraine's borders.

"We need additional international assistance," Pabriks told Reuters. "We would like to have a permanent United States (military) presence in our country. And sea and air defence means basically going down to such systems as Patriot (surface-to-air missiles)."

NATO troops were rehearsing battle skills in a snowy Latvian woodland with camouflaged tanks and live rounds, with 1,500 troops seeking to stop an attack on Riga by disrupting and stalling the unidentified adversary's advance north of the city.

Prompted by Russia's annexation of Crimea in 2014 and Moscow's support for separatists in eastern Ukraine, NATO has deployed four multinational battalion-size battlegroups to defend Poland and the Baltic states of Lithuania, Latvia and Estonia since July 2017.

Moscow says it has no intention of invading the Baltics or Poland and accuses NATO of destabilizing Europe by moving troops closer to Russia's borders. NATO Secretary-General Jens Stoltenberg said there was "no imminent threat" against NATO.

In May, Russia amassed 100,000 troops on its border with Ukraine, the highest number since the annexation of Crimea in 2014, Western officials say. NATO says there was another large military buildup on Ukraine's border this month.

The Baltic states are seen as NATO's most vulnerable flank as they are linked to the alliance's main territory only by a land corridor of around 60 kilometers (37 miles) between Poland and Lithuania known as the Suwalki gap.

Military experts warn that Russia, via Belarus, might capture the gap, gaining a land corridor to its heavily fortified exclave of Kaliningrad on the Baltic Sea.

U.S. troops are stationed in Germany but might not reach the Baltics fast enough in the event of such an attack, experts say.

"We have revisionism at this moment going on in Russia ... from that perspective we cannot be late here," Pabriks said, referring to a statement by Russian President Vladimir Putin that he would reverse the collapse of the Soviet Union if he had a chance to alter modern Russian history.