Lithuania to give $1,130 to migrants who return home voluntarily 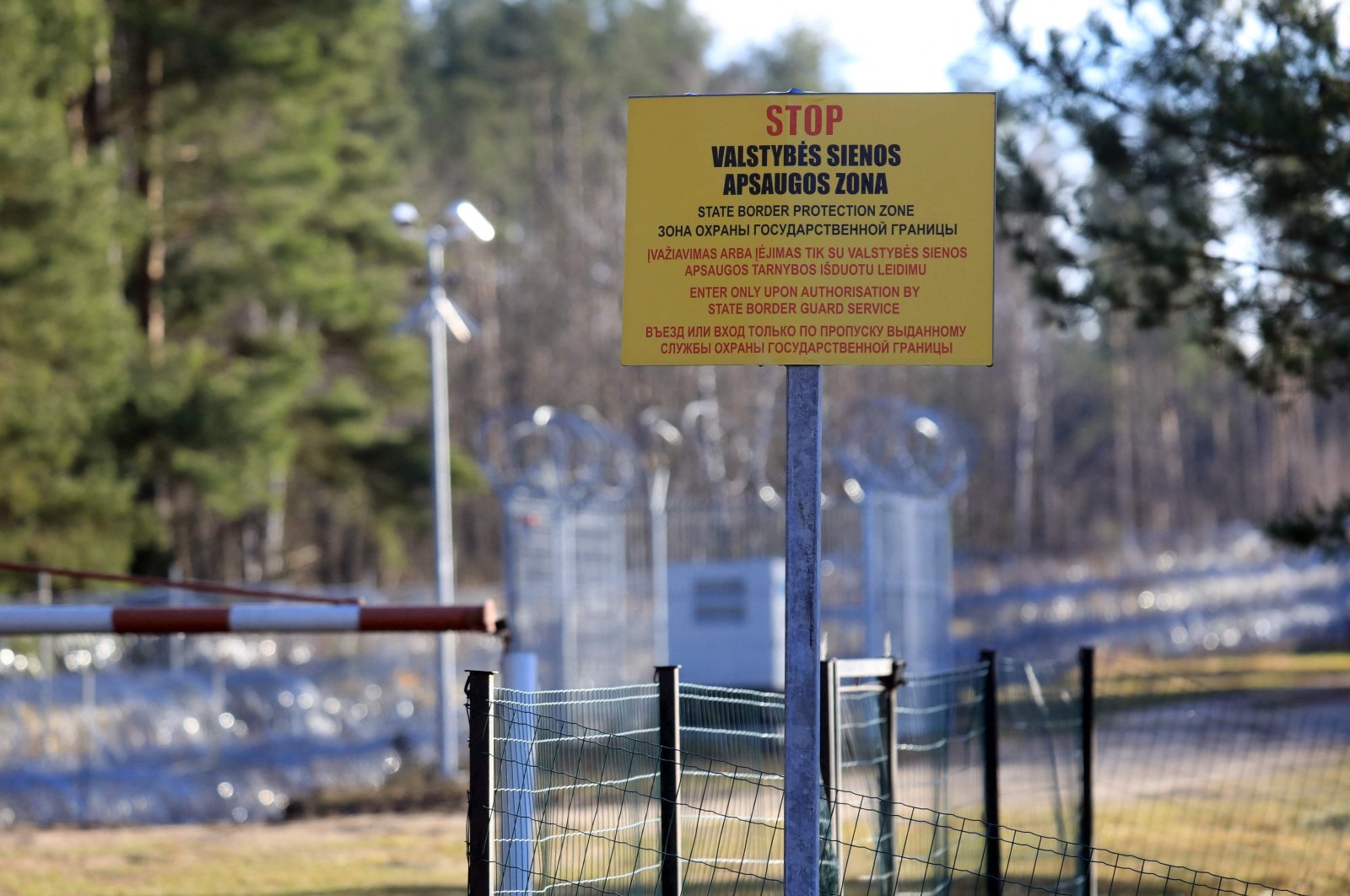 A Stop sign is pictured at the Lithuanian-Belarusian border in Sadziunai near Deveniskes, Lithuania, Nov. 22, 2021. (AFP Photo)
by Daily Sabah with AFP Dec 09, 2021 9:28 pm
RECOMMENDED

Migrants that decide to return to their country will receive 1,000 euros ($1,130) from Lithuania, as the Baltic state struggles to repatriate thousands who crossed into the EU member from Belarus.

Each migrant who voluntarily opts to go back to their country of origin will now receive 1,000 euros instead of just 300 from state border guards, along with a plane ticket home, the interior ministry said.

"After rejecting most of the asylum requests, we need solutions to return the migrants to their countries of origin," Interior Minister Agne Bilotaite told Agence France-Presse (AFP).

"We hope that the higher payment will increase the number of migrants who return voluntarily," she added.

Thousands of migrants, mainly from the Middle East, have crossed or tried to cross the eastern border of the European Union into Latvia, Lithuania or Poland since the summer.

The West has accused Belarus of engineering the crisis by luring migrants to the border with the promise of an easy crossing as retaliation against EU sanctions – a charge that Minsk has denied.

This week, Lithuania finished processing the asylum requests that had been submitted so far by migrants who crossed the border illegally.

The country rejected the vast majority, only granting refugee status to 54 of the 3,272 migrants who applied.

Lithuanian authorities say that deportation is a long and costly procedure, and may not always be successful as the countries of origin can refuse to accept the migrants.

There is also no re-admission agreement between the EU and Iraq – whose citizens make up a large percentage of the migrants – which makes involuntary returns tricky.

For that reason, Lithuania has been looking for ways to encourage migrants to return home on a voluntary basis.

In addition to the thousands who managed to cross over illegally, border guards have said they denied entry to nearly 8,900 others in what humanitarian groups have called illegal pushbacks.

The migrant cash incentives will be covered by funds provided by the European Commission to help Lithuania cope with the migrant crisis, the interior ministry said.