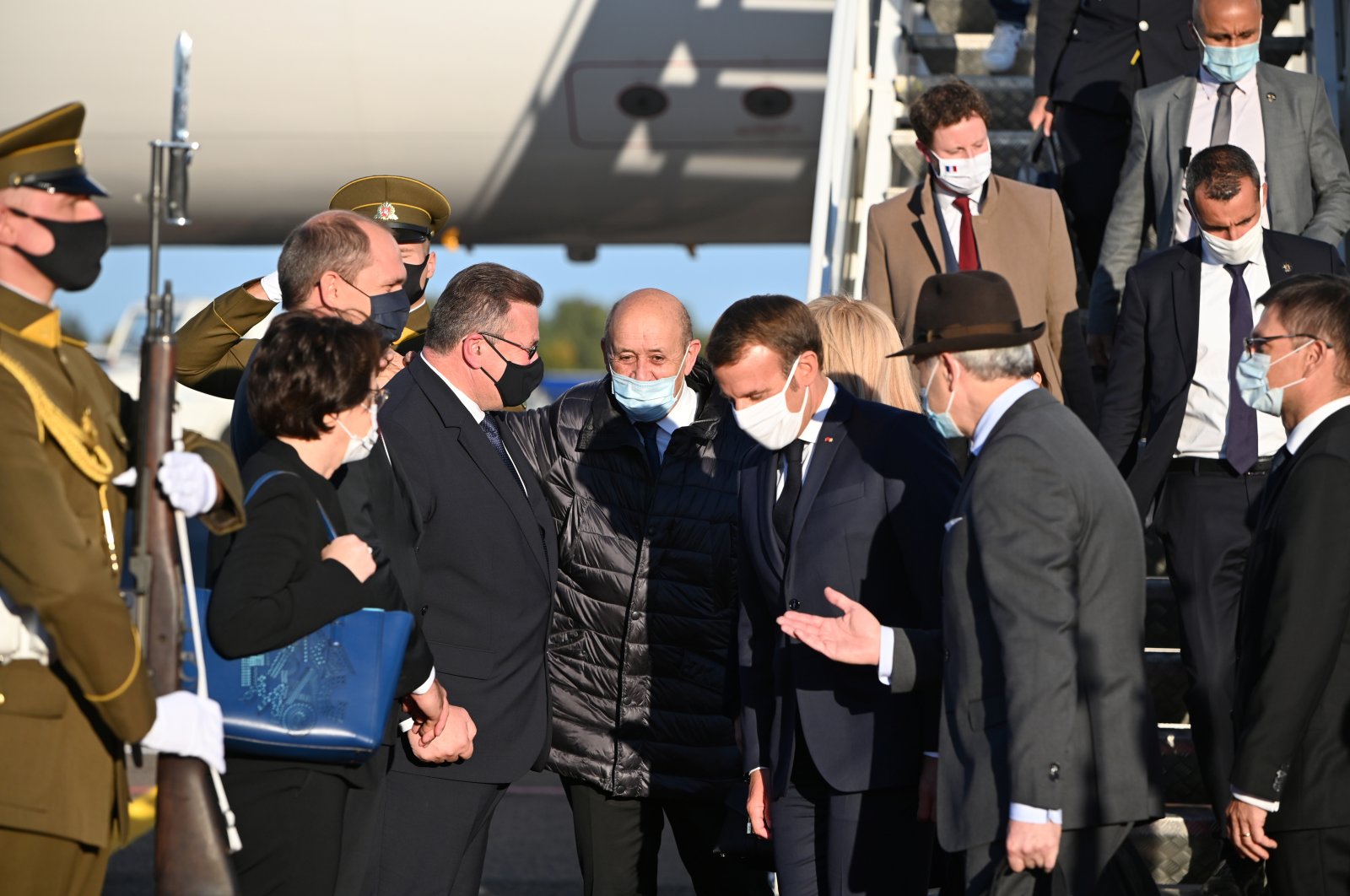 Lithuanian Foreign Affairs Minister Linas Linkevicius will self-isolate for a week after contact with members of visiting French President Emmanuel Macron's delegation who later tested positive for the coronavirus.

The minister was present at several events during the Sept. 28-29 visit, spokesperson Rasa Jakilaitiene said.

The two members of the French delegation who tested positive were residents in Vilnius and not part of the traveling delegation from Paris, who had all tested negative before landing in Lithuania, Macron's office said.

"All social distancing rules have been respected. The president is not a contact case," an official at Macron's office told Reuters, adding that neither were the ministers traveling with Macron.

It was not immediately clear if Linkevicius, who had met Macron during the visit, had been tested for the virus.

President Gitanas Nausea, his wife and several members of his office took coronavirus tests Sunday. All the results were negative, the president's office said in a statement.

On Saturday, five members of the president's office were asked to self-isolate due to having had close contact with the French delegation. The president and his family are not among them, his office said.