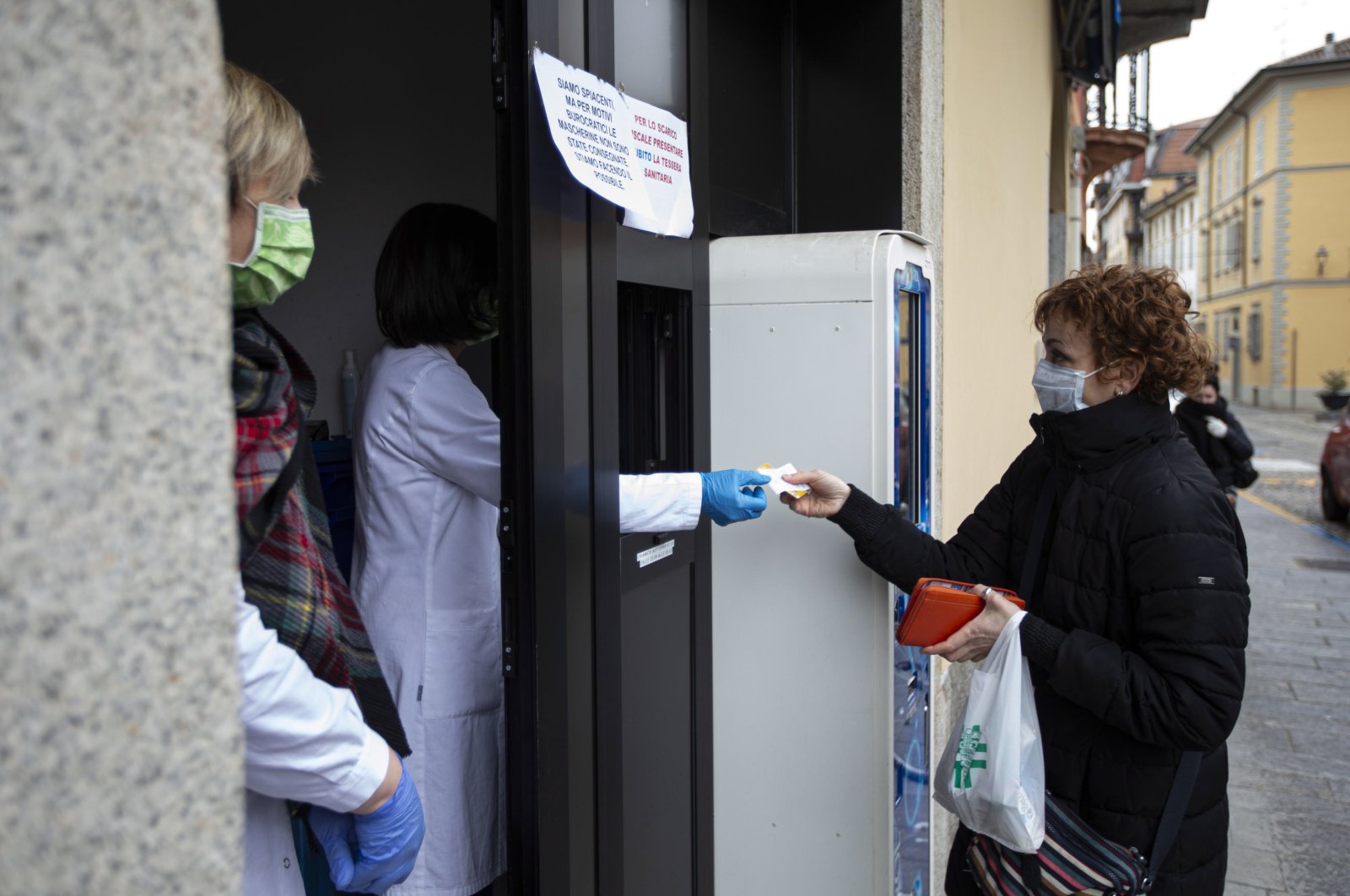 Lockdown measures to contain the rapid spread of the coronavirus in Italy are to be extended across the whole country, Prime Minister Giuseppe Conte announced on Monday, as European countries began taking ever more far-reaching action against the deadly outbreak.

"Our habits must change, must change now, we must all give up something for the good of Italy," Conte said.

The whole of Italy would be a "protected zone," he said. The measures will come into effect on Tuesday morning and will be effective until April 3.

People should stay at home unless they have solid reasons related to work, health or other special needs, Conte said, specifying that commuting to work would still be allowed and public transport would not be stopped. Ignoring the restriction could lead to up to three months' imprisonment or fines of up to 206 euros ($235).

School and university closures were extended until April 3, and the government also adopted a decree to stop all sporting activities until that date, including Serie A football.

The country was facing its "darkest hour," Conte said earlier in remarks to La Repubblica newspaper.

The Civil Protection Agency said that Italy had 9,172 cases, up from 7,375 the previous day, and that deaths had risen to 463. Italy is by far the worst affected country in Europe, and no other country apart from China has a higher death toll.

"Unfortunately, we have no time [to lose], figures show that we are having a significant increase in the number of contagions, of people under intensive and sub-intensive care and also, alas, in fatalities," Conte said. The nationwide emergency measures followed quickly on the heels of travel restrictions for large parts of northern Italy, including Milan and Venice, adopted Sunday.

They also came after serious rioting in 22 prisons, fuelled by inmates' contagion fears and anger at curbs on visits from outside. Six prisoners died and several escaped as a result of the violence.

The global coronavirus outbreak is moving towards a pandemic phase in which its international spread can no longer be controlled, the World Health Organization said on Monday. It was not too late, WHO chief Tedros Adhanom Ghebreyesus added, saying: "the rule of the game is never give up."

There were dramatic developments in Germany, which recorded its first two coronavirus deaths on Monday. Both deaths occurred in the western state of North Rhine Westphalia, which has been the worst hit so far.

The first victim was an 89-year-old woman in the city of Essen, who was confirmed to have the coronavirus last week. Also on Monday, a 78-year-old man with pre-existing health conditions died in a hospital in the district of Heinsberg after contracting the virus. After a suspected coronavirus case much further east in the state of Brandenburg, neighboring Berlin, up to 5,000 people were in home quarantine, a local official told dpa. The Robert Koch Institute, the official disease control institute, reported that Germany had 1,112 confirmed infections. The southern state of Bavaria meanwhile is planning to ban all events with more than 1,000 participants, sources told dpa.

The German Football League said Bundesliga matches would go ahead as scheduled, but games could take place behind closed doors on the advice of local authorities.

In Paris, two of the main candidates in Sunday's municipal elections canceled their final rallies in response to new government rules banning gatherings of more than 1,000 people. Twenty-five people have died of the disease in France. Economy Minister Bruno Le Maire predicted the health crisis would severely impact the French economy and could take several tenths of a percentage point off gross domestic product.

Ireland said it was canceling its St Patrick's Day parades after the government expressed concern that the annual events could help spread coronavirus infections.

The disease pushed into more corners of Europe on Monday, with Cypriot Health Minister Konstantinos Ioannou on Monday reported the country's first two patients. Meanwhile, Albania also reported its first cases: a father and son who recently traveled to Italy. In neighboring Kosovo, which has no confirmed cases, the government acted upon a recommendation by its health authorities and canceled flights to and from Italy.

Other countries introduced similar preventive measures on Monday. Croatia introduced a mandatory two-week quarantine for all people arriving from parts of Italy, China, Korea and Iran; Greece ordered the cancelation of flights to and from Emilia Romagna, Piemont, Lombardy and Venice until March 23; the Finnish president's office announced measures including holding meetings by video conference; and Poland's Prime Minister Mateusz Morawiecki issued a "strong recommendation" to organizers of mass events to cancel them.