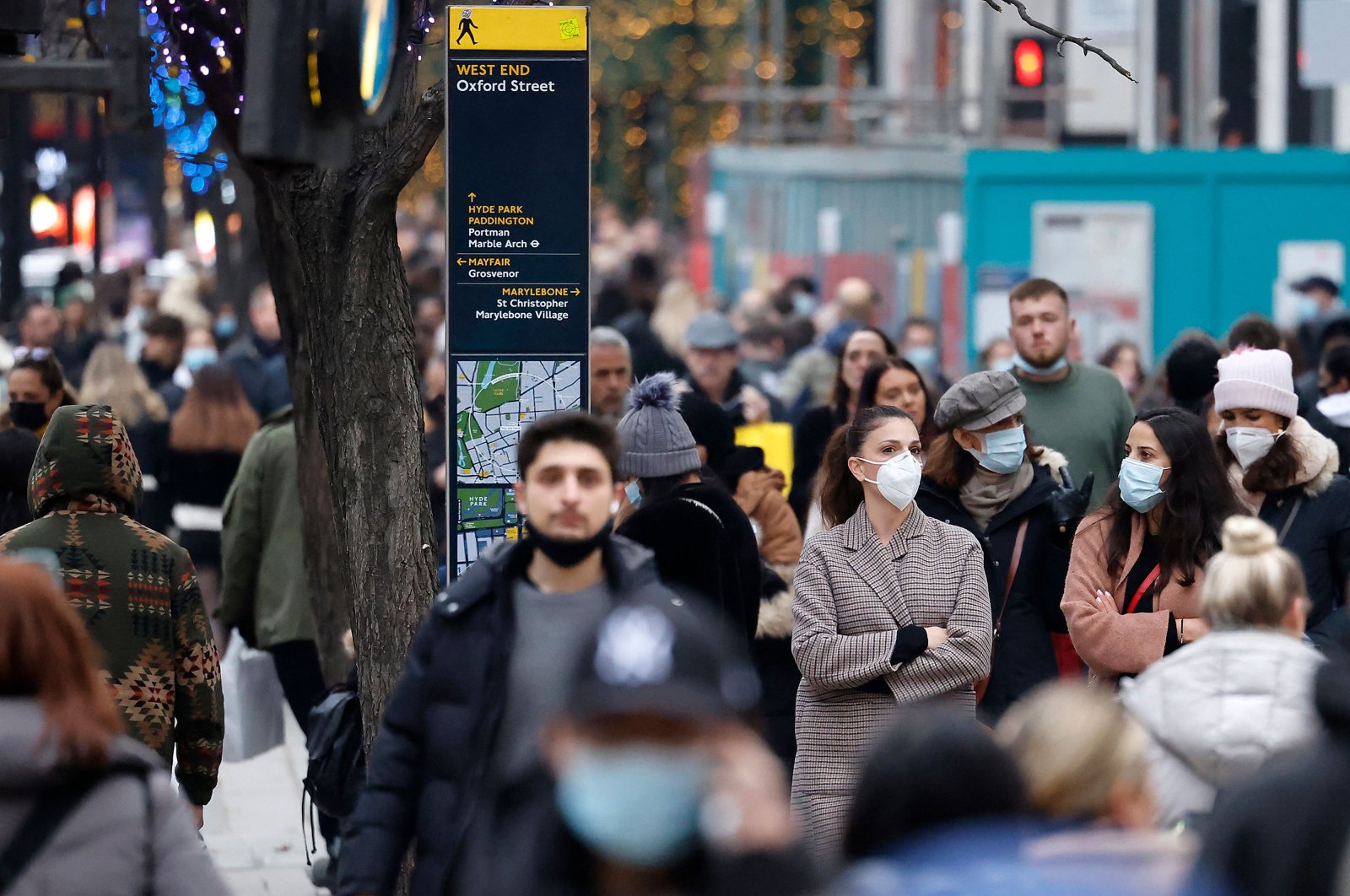 London has been struggling with a new surge of COVID-19 cases, putting a strain on the capital's hospitals, caused mainly by the fast-spreading omicron variant, Mayor Sadiq Khan decided to declare a "major incident" on Saturday to help ease the health system's burden.

Khan's decision makes it mandatory for different public agencies to work in closer coordination after Britain reported Friday the largest 24-hour increase in the number of new cases since the pandemic began.

Since hospital admissions and health care workers' absence are rising, Khan said, "so I've taken the decision, in consultation with our partners, to declare a major incident today."

"This is a statement of how serious things are," he said.

From the opposition Labour Party, Khan also declared a "major incident" in January when rising COVID-19 cases threatened to overwhelm the hospitals.

The omicron variant is estimated to account for more than 80% of the new COVID-19 cases in London.Prime Minister Boris Johnson was due to chair an emergency committee meeting over the weekend with the devolved administrations in Scotland, Wales and Northern Ireland, which have their own powers over public health.

Sky News said government ministers were being briefed on the latest coronavirus data on Saturday. The Times newspaper reported that officials were preparing to draft new rules that, if introduced, would ban indoor mixing in England except for work for two weeks after Christmas when pubs and restaurants would be limited to table service outdoors. The newspaper said people would be able to meet in groups of up to six outdoors.

But ministers were yet to consider the plans formally, The Times said. A government spokesperson asked about The Times report said the government would continue to "look closely at all the emerging data and we'll keep our measures under review as we learn more about this variant." Johnson had declared on Friday, "we are not closing things down."