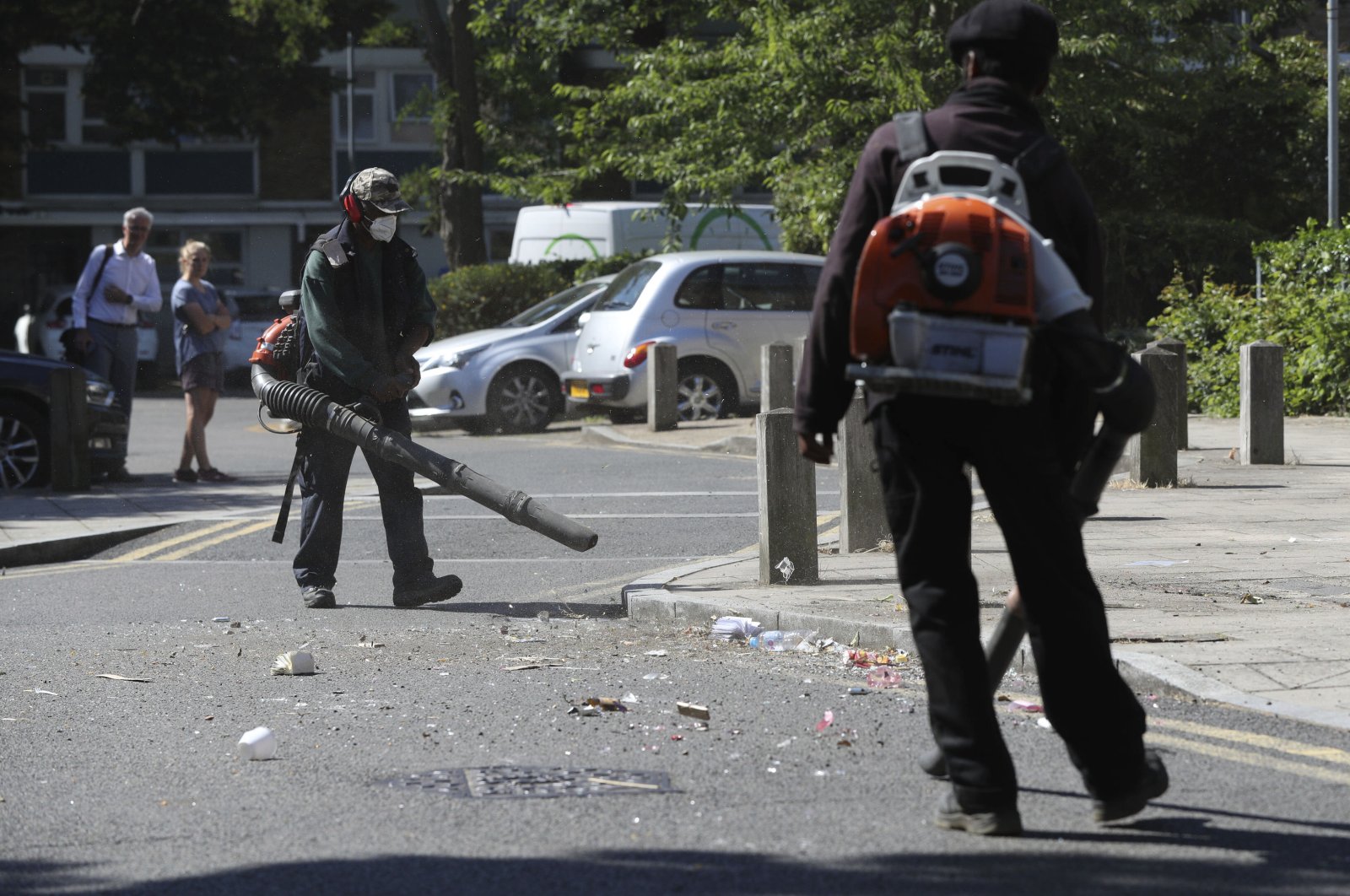 British police officers were attacked while attempting to disperse an illegal party overnight in west London, the second such incident in two days.

As Britain eases strict coronavirus lockdown rules, police have had to deal with a number of illegal parties and raves across the country.

"We know that having months of restrictions people have been frustrated and people will want to come together in gatherings but these illegal raves are obviously unacceptable," Environment Secretary George Eustice told Sky News.

On Wednesday night, 22 officers were hurt and a number of patrol cars were vandalized when trouble broke out at an unauthorized music event in Brixton, south London. Extra numbers were deployed onto the streets on Thursday night, but officers came under attack once again in the Notting Hill area of west London, the scene of a number of unlicensed music events that took place in the capital. "Objects were thrown at officers," police said on Twitter. "Such behavior and any violent acts will not be tolerated."

Britain's Home Secretary Priti Patel had described the scenes on Wednesday night as "vile" while a spokesman for British Prime Minister Boris Johnson called the violence against the police appalling.

On Thursday, authorities in Bournemouth, a popular beach town in southern England, declared a "major incident" over what they called the irresponsible behavior of crowds who had ignored public health guidance on coronavirus and badly overstretched local services. The declaration came after visitors arrived in very large numbers in a spell of hot weather, resulting in gridlock on the roads, anti-social behavior and alcohol-fueled fights.