Macron called out for not following COVID-19 precautions 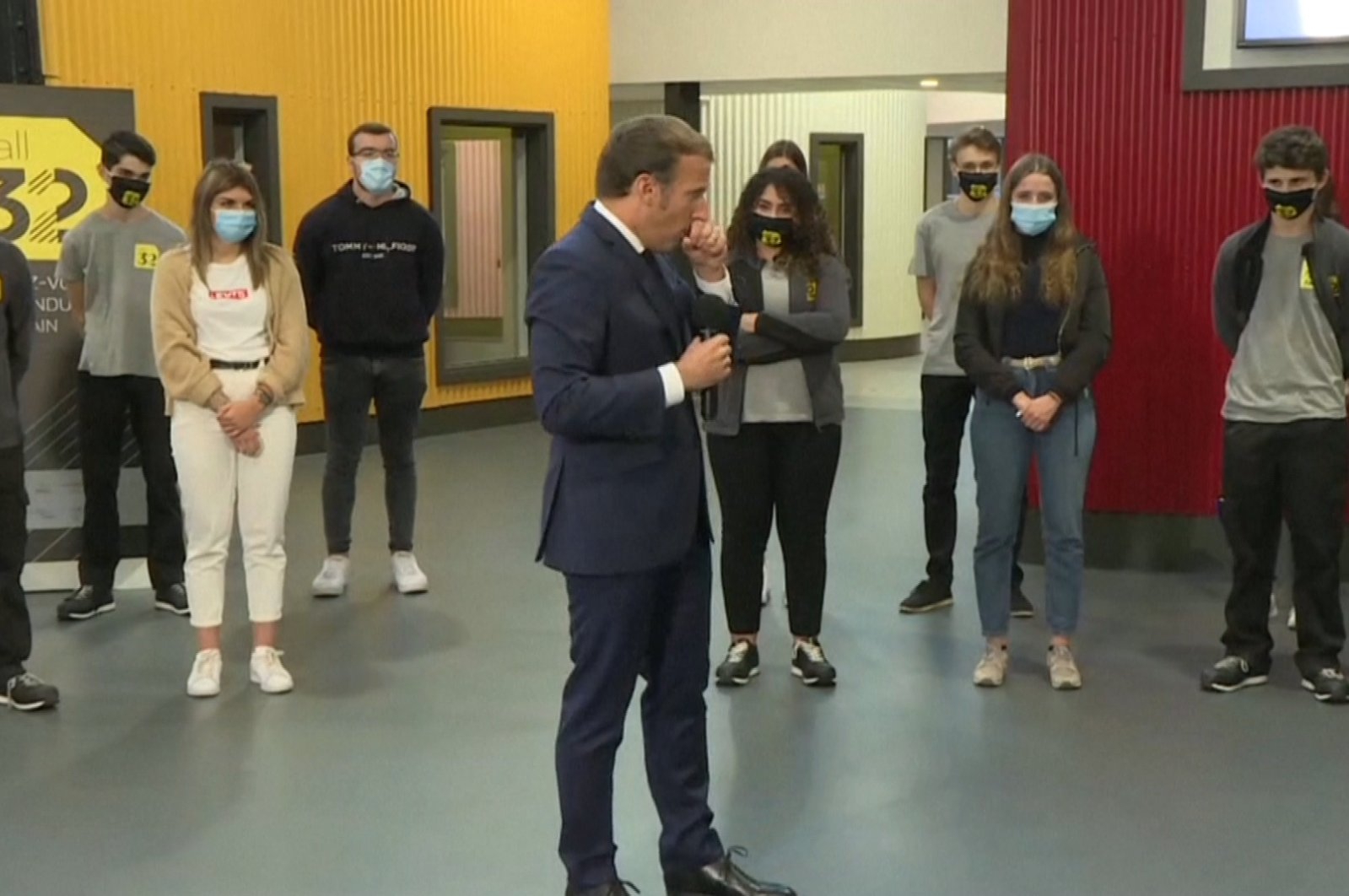 Screenshot from footage shows French President Emmanuel Macron coughing on his hand during his speech to students of a vocational school in Clermont-Ferrand, France, Sept. 8, 2020.
by DAILY SABAH Sep 09, 2020 10:11 pm
RECOMMENDED

French President Emmanuel Macron was ridiculed on social media after a video went viral showing him removing his mask and coughing on his hand during a speech he delivered indoors to students.

The footage shows the French leader having a coughing fit as he delivers a speech to students at a vocational college in the city of Clermont-Ferrand.

“I’m going to try to finish,” Macron says as he coughs several times before giving up and asking a glass of water from one of the people in attendance.

“We maintain a distance but I’m choking,” the president says as he drinks the water and asks for a “lighter” mask.

But during his time without a mask on, Macron coughs on his hand several times, and scratches his nose, two moves scientists, including French ones, have warned people against to prevent the risk of catching or spreading the coronavirus.

Social media users call out French President Emmanuel Macron for not following #COVID19 precautions as he coughs on his hand and scratches his nose without mask during a speechhttps://t.co/FBXaYm8Xv1 pic.twitter.com/1iMvYMdzlB

Several social media users called out Macron for not following guidelines his own government advised for people.

The incident occurred as Macron traveled to the Auvergne region to promote schemes for "equal opportunities" for young people from disadvantaged backgrounds.

According to data by the French government, France's daily new COVID-19 infections rose by more than 8,500 for the third time in six days on Wednesday, with the disease spreading at its fastest pace since it emerged in the country.

In a statement, French health authorities reported 8,577 new infections, the second-highest daily tally on record after Friday's 8,975. The cumulative number of cases is now 344,101.

The seven-day moving average of new infections, which smoothes out reporting irregularities, stood at 7,297, a 23rd consecutive record, versus a low of 272 on May 27.

The number of people in France who have died from COVID-19 infections increased by 30, to 30,794, after a rise of 38 on Tuesday, a figure twice as high as the seven-day moving average of 15.