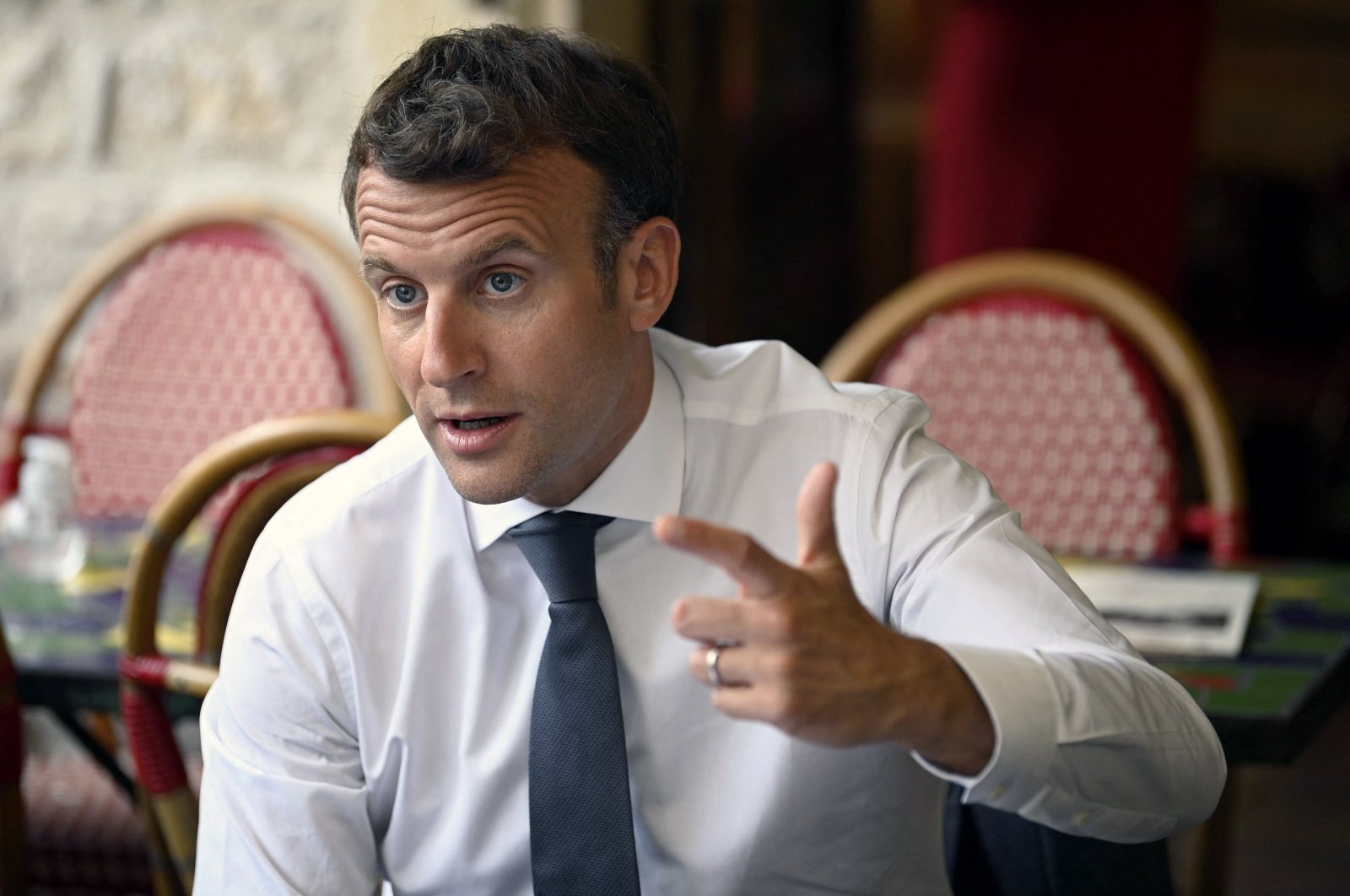 In his first "post-face-slap" interview, French President Emmanuel Macron denounced "violence” and "stupidity” and said these two elements are unacceptable in a democracy, brushing aside an incident earlier in the day where a man slapped the country's leader in the face during a crowd walkabout.

"Everything is fine. This incident must be put into perspective, which is, I think, an isolated fact ... There can be no violence, no hatred, neither in speech nor in actions. Otherwise, it is democracy itself that is threatened," he said in an interview with the Le Dauphine Libere newspaper following what some have dubbed as "slapgate.”

He reassured that he had no apprehension after being slapped by a member of the public during his visit to the village of Tain-l'Hermitage in the Drome region of southeastern France as he greeted people and even took pictures with them.

"I continued and I will continue. Nothing will stop me," he said. In another media interaction accompanied by his wife Brigitte, he said, "when stupidity is associated with violence, it is unacceptable," and also acknowledged "the anger" prevalent among the French, which he said can be expressed democratically.

"People express their anger to me, sometimes their dismay. I'm always there. Sometimes I have the answer, other times I don't have it ... Stupidity and violence, no, not in a democracy. I will continue to go everywhere," he told BFMTV.

"I think that there are people who are very tired in this period, and we must not give in to violence and in particular to violence against all representatives of public affairs."

Earlier in the afternoon, as Macron was greeting a crowd during an official visit to Tain-l'Hermitage amid the second stage of his "tour de France of the territories," he was slapped by a member of the public.

The attacker and another individual who filmed the incident – both men who are 28 – were arrested by the police for "willful violence against a person holding public authority."

This is Macron's first visit on the ground since the end of a COVID-19 lockdown and in the run-up to the June 20 regional elections. He was meeting people working in the hospitality service industry at a hotel school a day ahead of the reopening of indoor dining in restaurants, which have been shut since October as part of the lockdown measures.

An hour before the incident, Macron posted on Twitter from Drome.

"Tomorrow, a new step will be taken. Here, in a hotel school in Drome, like everywhere in France, I can see how much is expected. It is life that will resume in all our territories! It is part of our culture, of our art of living, that we are going to rediscover,” he said.

In a video first posted on Twitter by a user called AlexPLille, Macron can be seen surrounded by personal security and gendarmerie forces while jogging up to a crowd behind a steel barrier. Across the barrier, a masked man wearing a green T-shirt grips Macron's arm and then slaps him across the face, shouting, "Montjoie Saint-Denis!", an ancient battle cry used by soldiers during the French monarchy, before finishing with “A bas la Macronie,” or “Down with Macron,” according to France 24.

The scene was reminiscent of a notorious 2008 incident when an Iraqi journalist threw both of his shoes at then-United States President George W. Bush during a press conference in Baghdad.

Macron is traveling to various parts of the French countryside in an attempt to keep his ears to the ground and gather views and grievances from the public ahead of the June 20 regional elections. Amid the lockdowns and restrictions triggered by the pandemic, there is palpable resentment among the French people toward the Macron government due to the hardships arising from rising unemployment, job losses and the closure of private businesses.

The tensions are also marked by increasing incidents of violence. Even earlier during his presidency, Macron was dogged by months of mass protests by the Yellow Vest movement against his rule. The latest incident was quickly condemned by all political parties and opposition leaders.

Addressing the National Assembly, Prime Minister Jean Castex expressed his concern, saying it is democracy that is being targeted.

"Democracy is debate, dialogue, the confrontation of ideas, expression of discord which is legitimate. But it can't be violence, verbal aggression, or physical aggression ... We are all concerned about the fundamentals of our democracy.”

Far-right Islamophobe leader Marine Le Pen, speaking to the media, called the attack "inadmissible.” "I am the first opponent of Macron, but he is the president. We can fight him politically, but we cannot allow the slightest violence toward him," she said.

Jean-Christophe Lagarde, president of the Union of Democrats and Independents (UDI) party, tweeted that the aggression against Macron is "unspeakable.”

"When one wants to beat someone in politics, it is at the ballot box, never physically! Physical violence has no place in a democracy,” he said.

The leader of the Socialist Party, Olivier Faure, said: "When we attack the president, it is the Republic that we slap. The political debate must find its way back to reason. Democratic exchange cannot be replaced by post-truth and invective.”