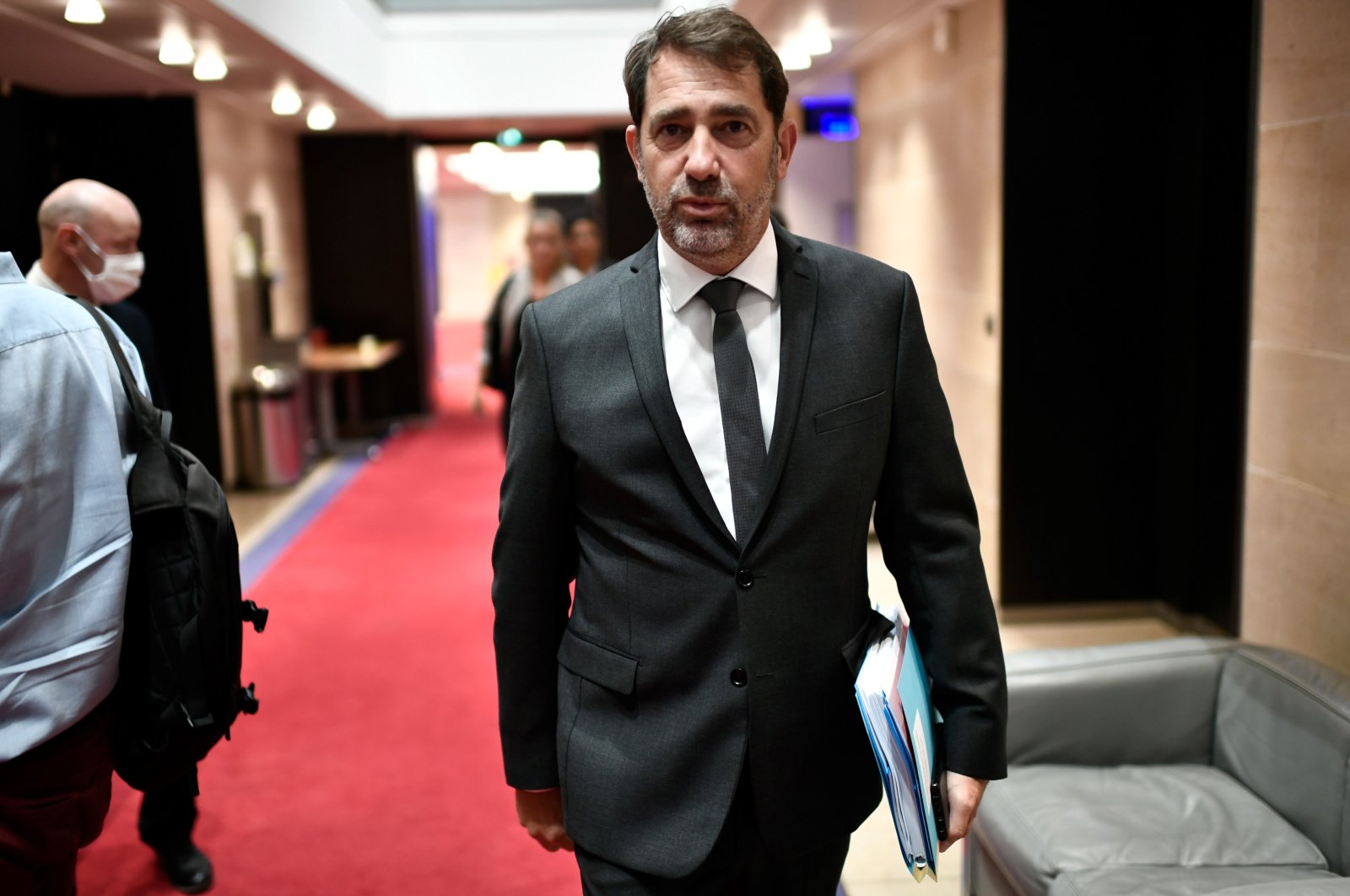 Former French Interior Minister Christophe Castaner arrives for a hearing by the Assembly's committee of inquiry on the independence of the judiciary power in France, at the French National Assembly, in Paris, July 2, 2020. (AFP Photo)
by Associated Press Jul 06, 2020 9:35 pm
RECOMMENDED

Macron also named a controversial lawyer who has defended WikiLeaks founder Julian Assange and suspected terrorists as the head of the Justice Ministry and appointed a former Green Party lawmaker to lead the powerful Ministry for Ecological Transition, a top priority for Macron's presidency.

Macron promised that the new government would be one of "purpose and unity." The French leader tweeted that the platform upon which he ran for president in 2017, promising to modernize France and free up its businesses, remains central to his agenda but "must adapt to the international upheavals and crises we are experiencing. A new path must be forged."

First among the priorities that Macron listed for the coming months is helping the French economy recover from the battering delivered by the coronavirus pandemic.

Former budget minister Gerald Darmanin was named to replace Interior Minister Christophe Castaner, who had come under fire amid widespread French protests against racial injustice and police brutality spurred by the death of George Floyd in the United States.

In response, Castaner initially announced a ban on the use of chokeholds in policing, but he then backed down in the face of counterdemonstrations and pressure by police unions. He also launched an experiment with expanded Taser use.

Darmanin, a member of Macron's young guard, is a former conservative who joined Macron’s centrist party in 2017 and is seen as outspoken but effective.

Macron didn't change the finance or health ministers, posts central to helping France through the virus crisis and recession, or the foreign and defense ministers.

The new prime minister, Jean Castex, is a career civil servant with no ministerial experience. His low profile suggests that Macron doesn't want to be overshadowed should he choose to seek reelection in 2022. The 42-year-old Macron has not yet said if he'll run for a second term.

Castex, 55, most recently coordinated the step-by-step approach that France adopted for coming out of its strict two-month coronavirus lockdown.