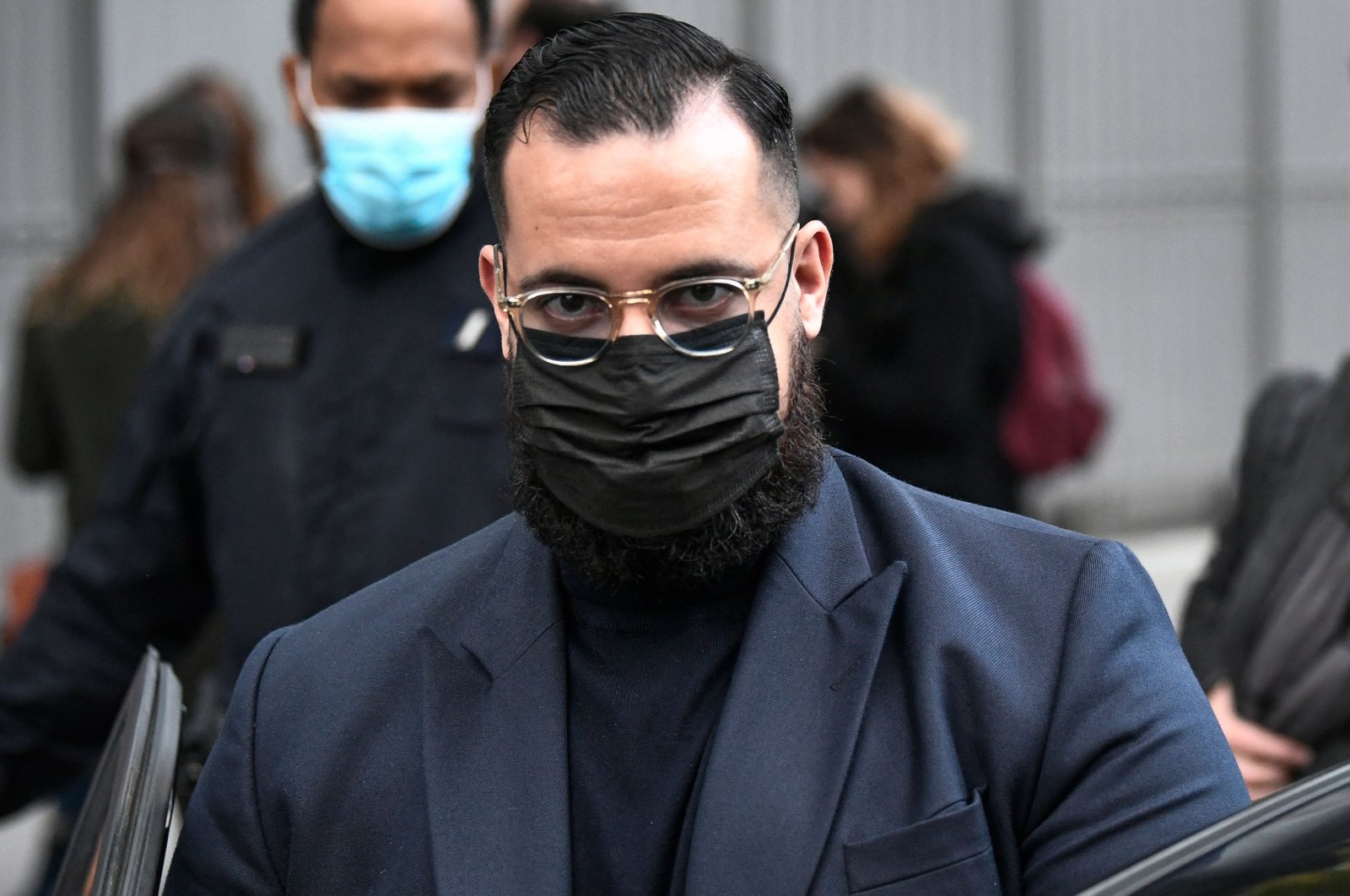 Alexandre Benalla leaves the courthouse in Paris after hearing the verdict in his trial on charges of assaulting a young couple during a May Day protest in 2018 when he was the French president's bodyguard, Nov. 5, 2021. (AFP File Photo)
by Anadolu Agency Dec 14, 2021 8:06 pm
RECOMMENDED

Benalla, who is already under detention at his home in Paris on charges of violence against civilians and misuse of diplomatic passports, was arrested along with his wife by the economic crime investigators, La Chaine Info news reported.

The National Financial Prosecutor's Office has accused him of signing security contracts and receiving commission from Russian oligarchs.

In June 2018, while serving at the office of the French presidency, Benalla allegedly provided protection to billionaire Iskander Makhmudov's family and real estate in France and Monaco, via a security company, Mars, owned by Vincent Crase, a former police official and security manager of Macron's La Republique en Marche party.

French news Mediapart's 2019 investigation reported that the contract was worth 294,000 euros ($331,438). The second contract also involves another billionaire Russian businessperson Farkhad Akhmedov, to whom Benalla provided consultancy for 353,000 euros through an advisory company set up in Morocco after he was fired from the Elysee.

Both businesspeople are suspected to have links with the Russian mafia.

Once regarded as a close confidant of Macron, Benalla has courted several controversies. He is accused in multiple cases involving corruption, assault, forgery and misuse of diplomatic passports.