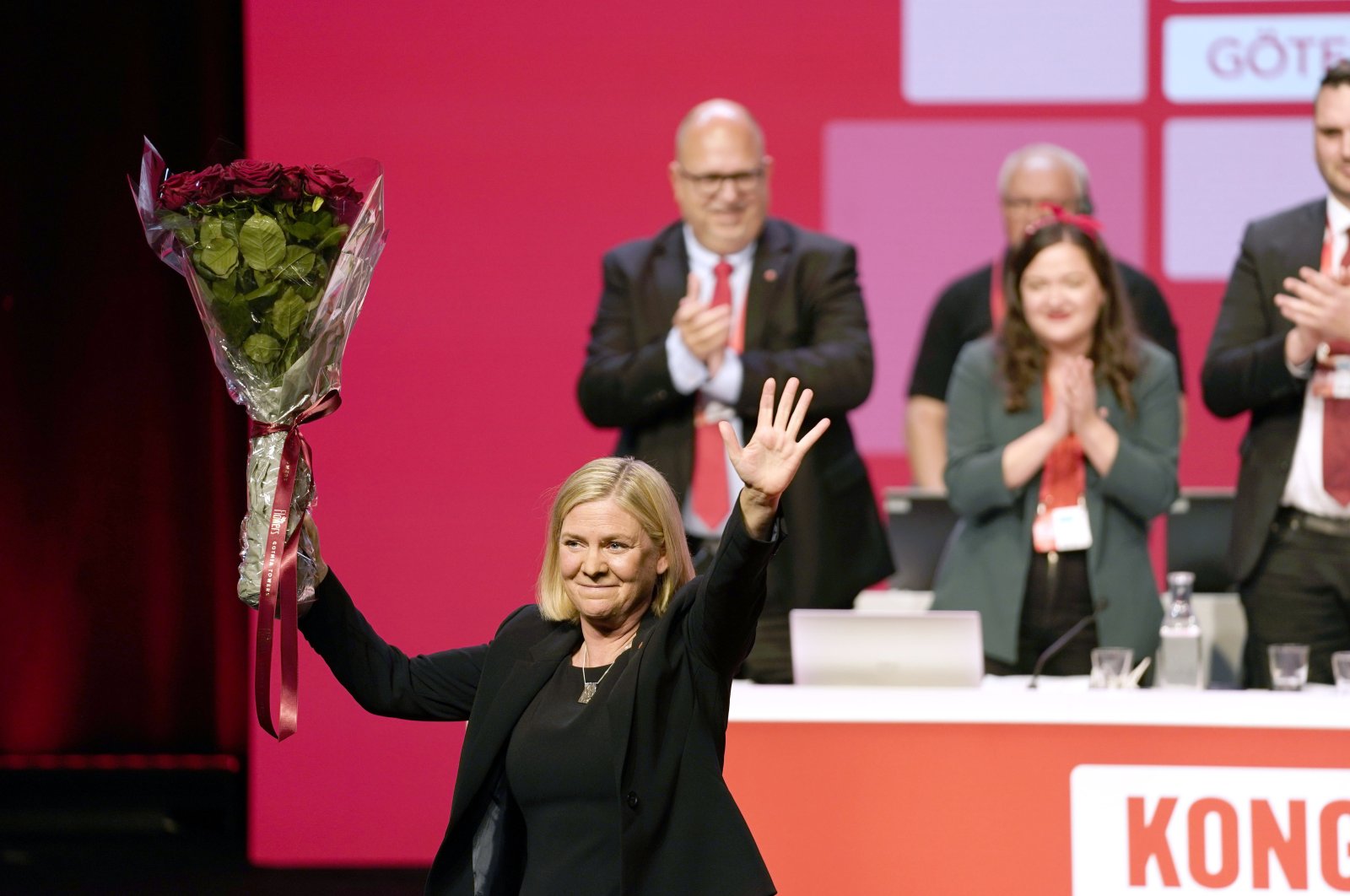 She will need the approval of a fragmented parliament to take over as prime minister from Stefan Lofven, who wants to step aside before national elections due in September 2022.

Lofven's minority coalition has barely survived since coming to power in 2014 and Andersson's path to Sagerska House, the official residence of the prime minister, is uncertain.

She must win backing from both current coalition partners the Green Party as well as the Left and Center parties, from outside the alliance.

Neighboring Norway got its first female leader 40 years ago. Sweden's failure to follow suit has grated with many in a country that prides itself on leading the world in gender equality and which has a self-described "feminist" foreign policy.

If appointed, Andersson will face tough budget negotiations later this year and need to reverse a deficit in polls if she is to extend her premiership beyond next September.

The 54-year-old will become prime minister if a majority in parliament does not reject her in a confirmation vote, probably later this month.

Support from the Center and Left parties is not a given. The Center Party wants changes to rules over forestry rights and building regulations in exchange for its support. Those policies are opposed by the Greens.

The Left wants a say in policy while the Center Party wants them excluded.

A vote against Andersson could lead to a snap election or to Moderate Party leader Ulf Kristersson becoming prime minister.

His center-right bloc is backed by the Sweden Democrats, a populist, anti-immigration party the Greens, Left and Center want to prevent form having an influence in government policy.