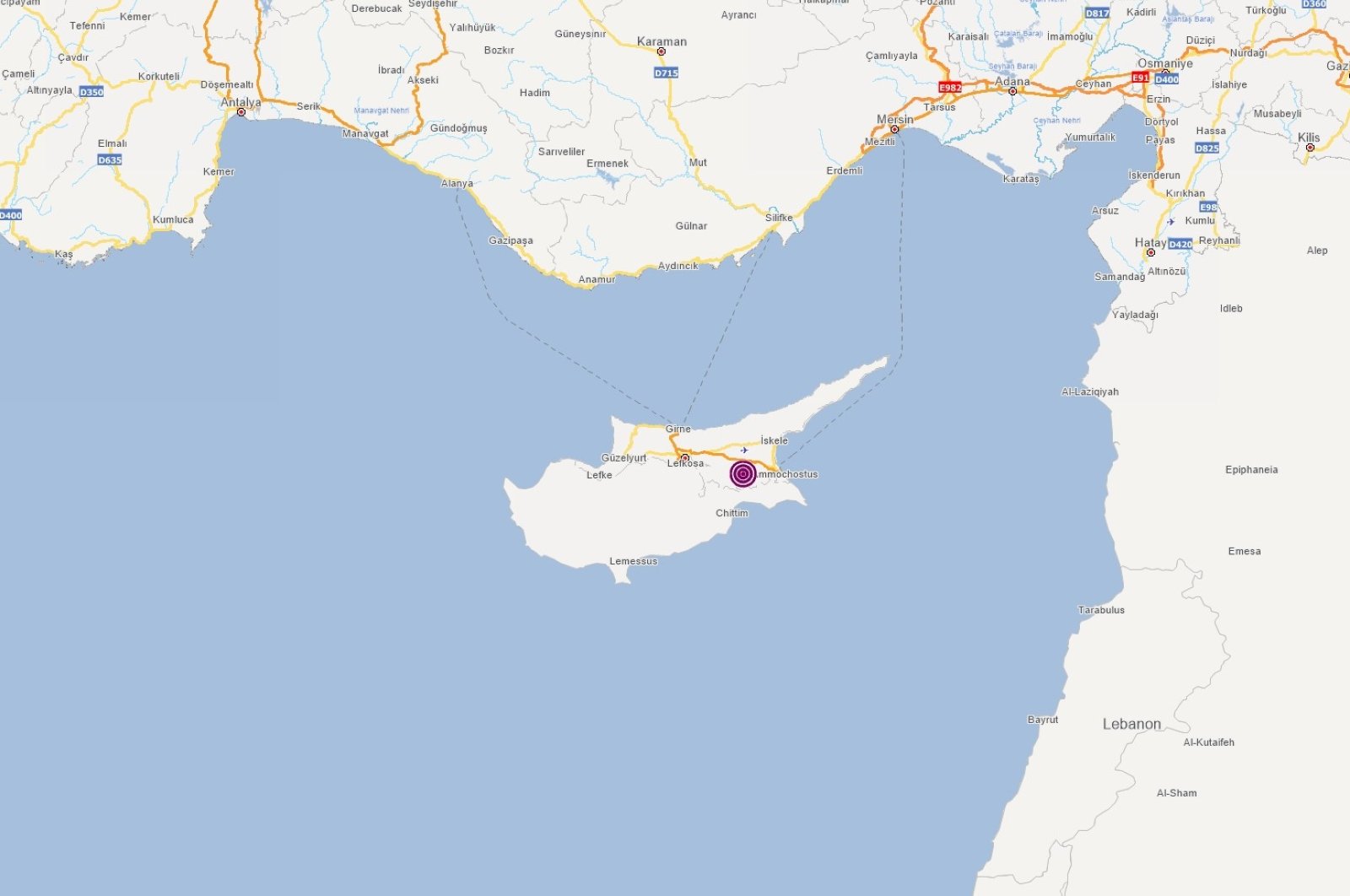 A screenshot from Turkey's Disaster and Emergency Management Authority (AFAD) shows the epicenter of the earthquake on the island of Cyprus, Jan. 21, 2021.
by DAILY SABAH Jan 21, 2021 5:46 pm

A magnitude 5 earthquake struck near the city of Gazimağusa (Famagusta) in the Turkish Republic of Northern Cyprus (TRNC) on Thursday, Turkey's Disaster and Emergency Management Authority (AFAD) said.

The tremors were felt as far as in Turkey's Mediterranean province of Mersin, local media reports said.

In a statement, local authorities in TRNC said no casualties or damage have been reported so far.