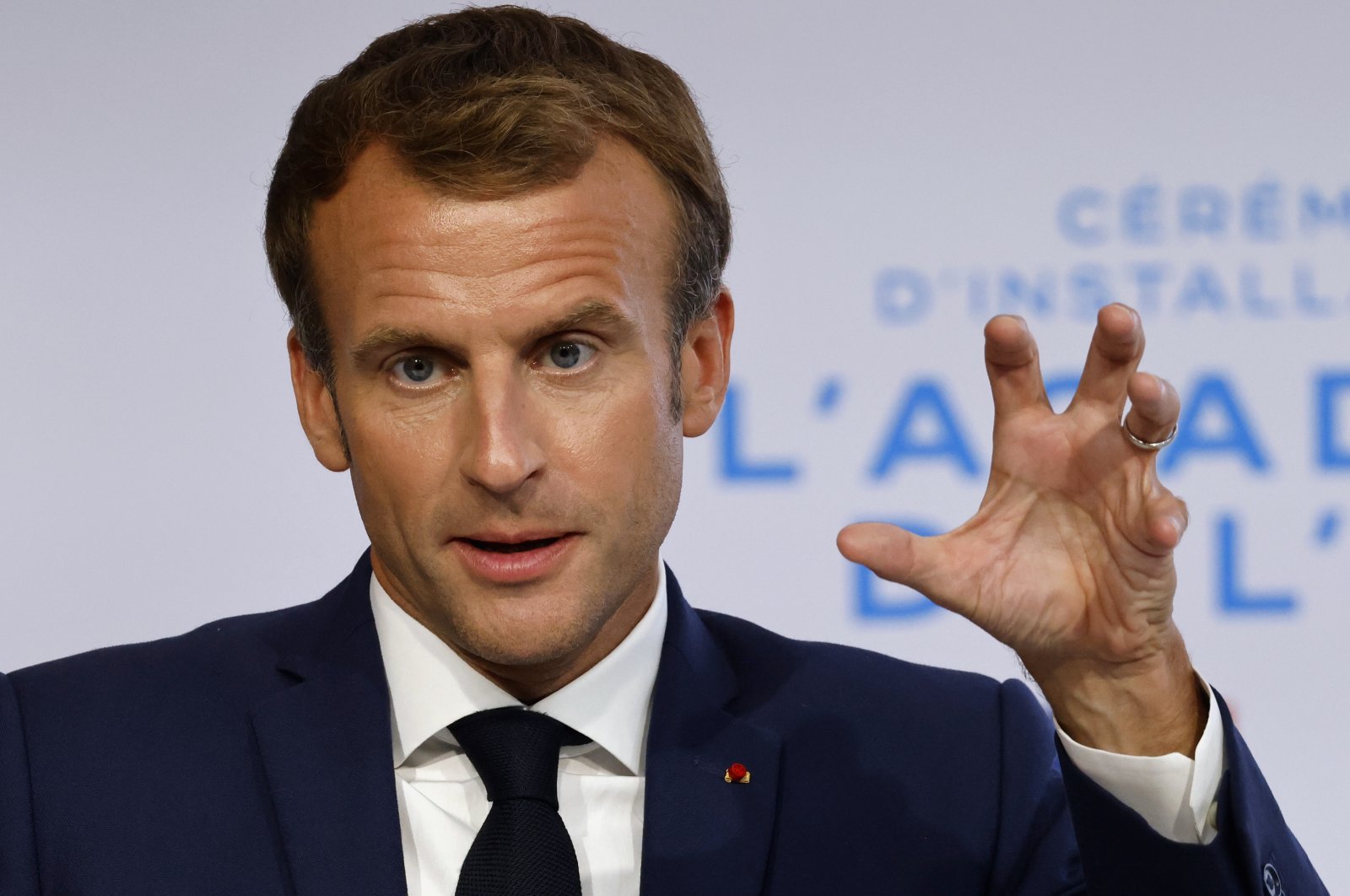 A man threw an egg at French President Emmanuel Macron Monday during a visit to an international food trade fair in the French city of Lyon.

A video of the incident, widely shared on social media, shows Macron walking through the crowd when an egg bounced off him without breaking.

Two bodyguards can be seen immediately getting closer to the president to protect his shoulders.

The video also shows a man being taken away from the scene by other bodyguards.

Reporters at the scene heard Macron saying "If he has something to tell me, then he can come.”

No details have been released by authorities on the identity or the motivations of the man.

In June, Macron was slapped in the face by a man as he was greeting the public in a small town in southeastern France.

He then denounced "violence” and "stupidity.” The slap prompted a wide show of support for France's head of state from politicians across the ideological spectrum.

Macron, like his predecessors, enjoys spending time in meet-and-greets with members of the public.

Called "crowd baths” in French, they have long been a staple of French politics. A little over six months before France’s next presidential election, Macron, 43, has not yet announced his reelection bid but is expected to do so.