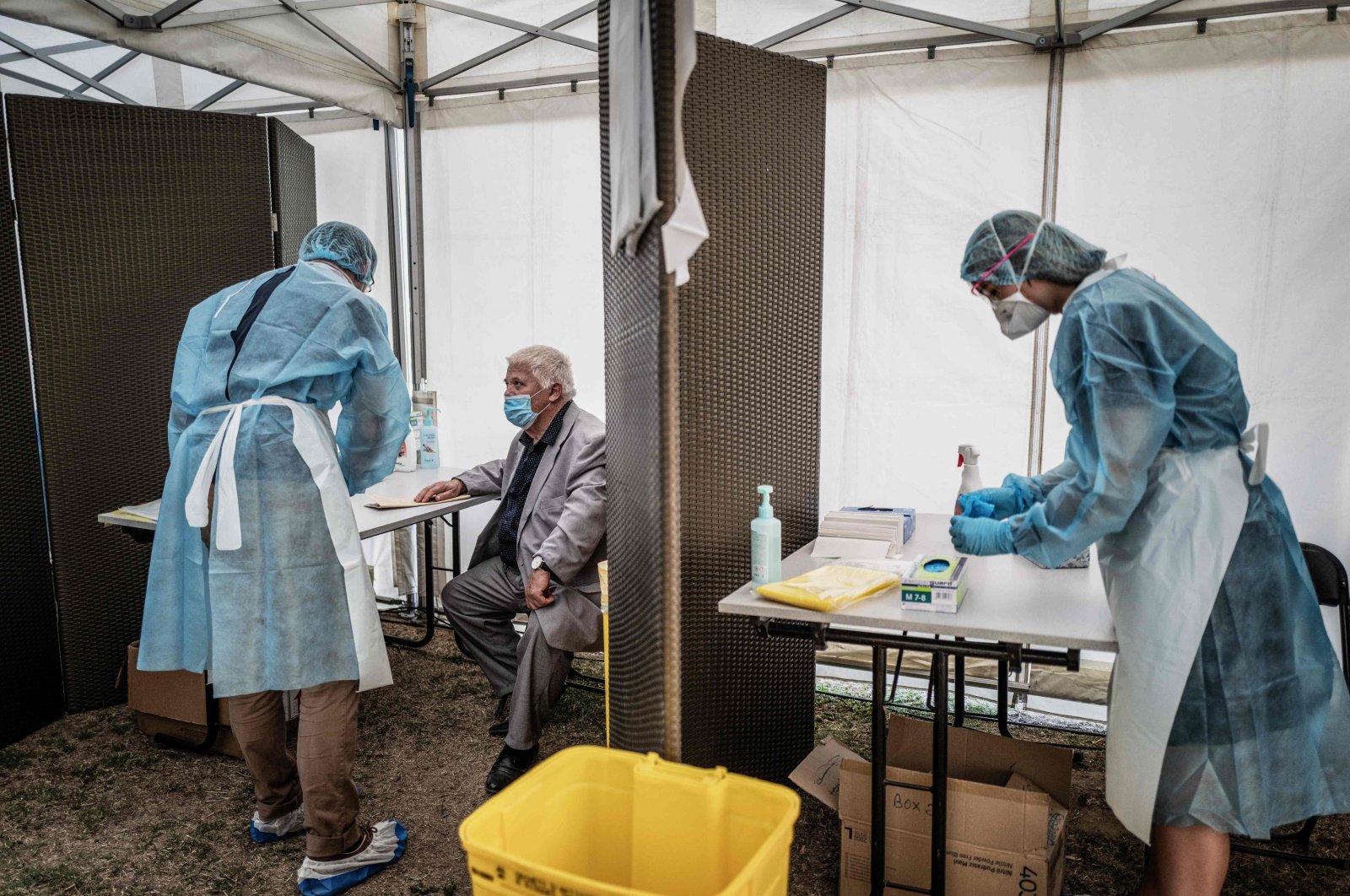 Coronavirus infection numbers have continued to march upward in countries across the globe, with France and the United Arab Emirates (UAE) posting grim new milestones for daily infections over the weekend. With billions still suffering from the fallout of the pandemic, there are signs of a resurgence of the virus in numerous countries that lifted many coronavirus measures after beating back the first wave of infections months ago.

France reported 10,000 new infections on Saturday, the country's highest daily number since launching wide-scale testing. The milestone came a day after Prime Minister Jean Castex declined to announce any new major restrictions despite a "clear worsening" in the country's outbreak. "We have to succeed in living with this virus without returning to the idea of a generalized lockdown," Castex said.

Another country to hit a daily milestone on Saturday was the UAE, which recorded more than 1,000 new coronavirus cases for the first time.

Austria is experiencing the start of a second wave of coronavirus infections, its chancellor said Sunday, as cases spike upward in line with other EU countries. From Friday to Saturday, the Alpine nation of nearly 9 million people reported 869 new cases, more than half of those in the capital Vienna. "What we are experiencing is the beginning of the second wave," Chancellor Sebastian Kurz said in a statement, appealing to the population to stick to anti-virus measures and reduce social contacts. He warned that the mark of 1,000 cases per day would be reached soon.

Britain introduced new restrictions on gatherings last week as the number of new daily infections surged to around 3,500.

Infections are growing faster in India than anywhere else in the world. The country has registered a single-day spike of 94,372 new coronavirus cases, driving the country’s overall tally to 4.75 million. The Health Ministry on Sunday also reported 1,114 deaths in the past 24 hours, taking total fatalities up to 78,586.

The ministry attributed India’s COVID-19 recovery pace to aggressive testing and prompt surveillance, but experts say India needs to test more due to its huge population. It climbed to the second worst-hit country behind the United States and is now testing more than 1 million people every day.

In Latin America, which this week passed the milestone of 8 million virus cases, worst-hit Brazil charted more than 131,000 deaths from COVID-19 as of Saturday.

China has gone almost a month without registering a new case of local transmission, and on Sunday, the National Health Commission reported just 10 new cases, all of them imported. Hospitals are treating 151 people for COVID-19, and another 357 people are in isolation after testing positive for the disease without showing any symptoms, the commission said. China has reported a total of 85,184 cases of COVID-19 with 4,634 deaths.

Domestic air travel in Wuhan, the origin of the global coronavirus outbreak, has returned to pre-pandemic levels, authorities said on Sunday.

The virus was first detected in Wuhan late last year, and the city underwent a draconian 76-day lockdown as its hospitals struggled to deal with a tidal wave of cases that required the rapid construction of field hospitals to handle the overflow.

Since reopening in early April, life has gradually returned to normal, and numbers of domestic flights serving the city, as well as the number of passengers, had both fully recovered, according to the operator of Wuhan Tianhe International airport. It said 64,700 passengers were transported aboard 500 domestic flights on Friday.

The airport is preparing to eventually resume international passenger flights to destinations such as Seoul, Singapore, Kuala Lumpur and Jakarta, Qu Xiaoni, an airport representative was quoted as saying by the official Xinhua News Agency.

International cargo routes have already reopened connecting the major industrial city and center of the Chinese auto industry with destinations such as Amsterdam and New Delhi.