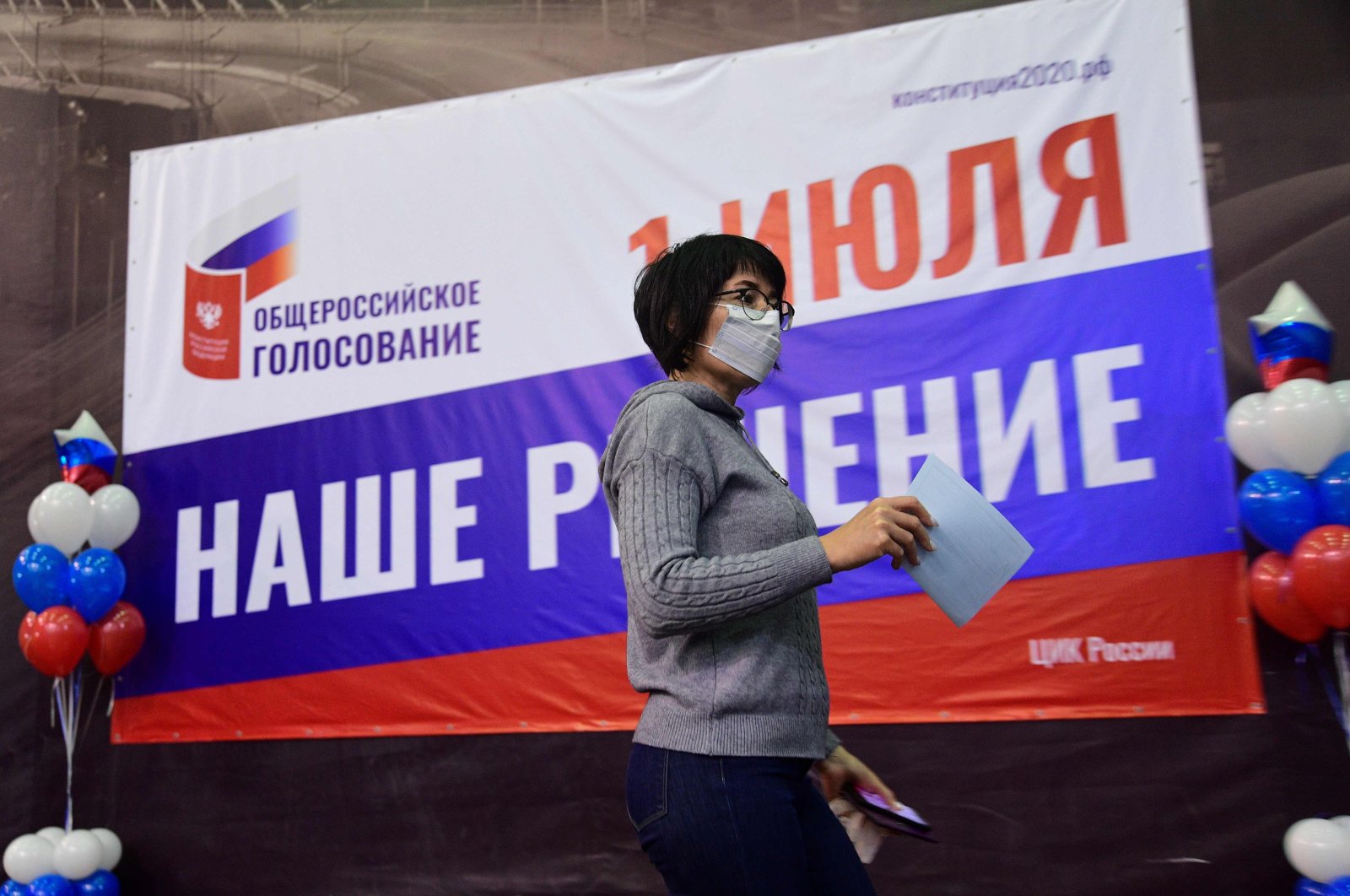 Russians on Thursday began casting their ballots in a seven-day vote on sweeping reforms that could clear the way for President Vladimir Putin to stay in the Kremlin until 2036 if re-elected, an exercise that critics call a constitutional coup.

The vote is taking place despite concerns in opposition circles over the safety of people voting amid the coronavirus pandemic, worries over voter fraud, and criticism that Putin, 67, has already been in power too long.

Russia's coronavirus tally rose to nearly 614,000 cases Thursday, the third-highest in the world, with thousands of new infections being reported every day, although authorities say the novel virus is on the wane.

All necessary safety precautions will be taken during the vote, authorities say

If, as expected, the constitutional changes are approved, Putin would be able to run for two more back-to-back six-year terms after his current one expires in 2024.

The former KGB operative has been in power as either president or prime minister since 1999, and has not ruled out running again, but says he has not taken a final decision.

Critics believe he intends to cling to power like elderly Soviet leader Leonid Brezhnev who died in office. Others believe he is keeping his options open so as no to become a lame duck ahead of 2024 and may yet still hand over the reins to a handpicked but currently unknown successor.

"Since the president did not find a successor, he appointed himself," said Andrei Kolesnikov, a senior fellow at Carnegie's Moscow Center think tank.

Supported by state media and facing no immediate threat from a divided opposition, the vote, which is on a large bundle of constitutional changes, is expected to go Putin's way despite rising unemployment, a coronavirus-battered economy and no real prospect of an economic upswing anytime soon.

The central bank forecasts a 4%-6% GDP drop this year, while the International Monetary Fund projects a 6.6% decline.

"Putin does not have an easy path to improve an economy that looked stagnant before the crisis, and which led to lethargic public support," Eurasia Group, a political risk consultancy, said in a note.

"Putin will find it difficult to meet public expectations of economic improvement."

'YOU CAN BOYCOTT IT'

Experts from state pollster VTsIOM have forecast that 67% to 71% of voters will endorse the constitutional changes anyway. Kremlin critics say the vote is a sham they fear will be falsified.

Opposition politician Alexei Navalny has called on his supporters to boycott the vote.

"Voting on the amendments is illegal, pointless and dangerous for your health," Navalny wrote before the vote.

"You can boycott it. That would be the right and honest thing to do."

Putin said on Sunday he was keen to shut down speculation about a possible successor to stop the government machine from getting distracted.

"If this doesn't happen, then in about two years - and I know this from personal experience — the normal rhythm of work of many parts of government will be replaced by a search for possible successors," Interfax news agency cited him as saying.

"We must be working, not looking for successors," he said.

Putin's approval rating is at 59%, according to independent pollster Levada, whose surveys the Kremlin has said it is not inclined to trust. Although high by most countries' standards, it is at its lowest since 1999. State pollsters put his popularity at just over 60%.

The Communist Party, which traditionally supports Putin on all major issues, has come out against the constitutional changes.

Gennady Zyuganov, the party's veteran leader, has said that Putin already has "more powers than a tsar, a Pharaoh and a Communist Party General Secretary combined."