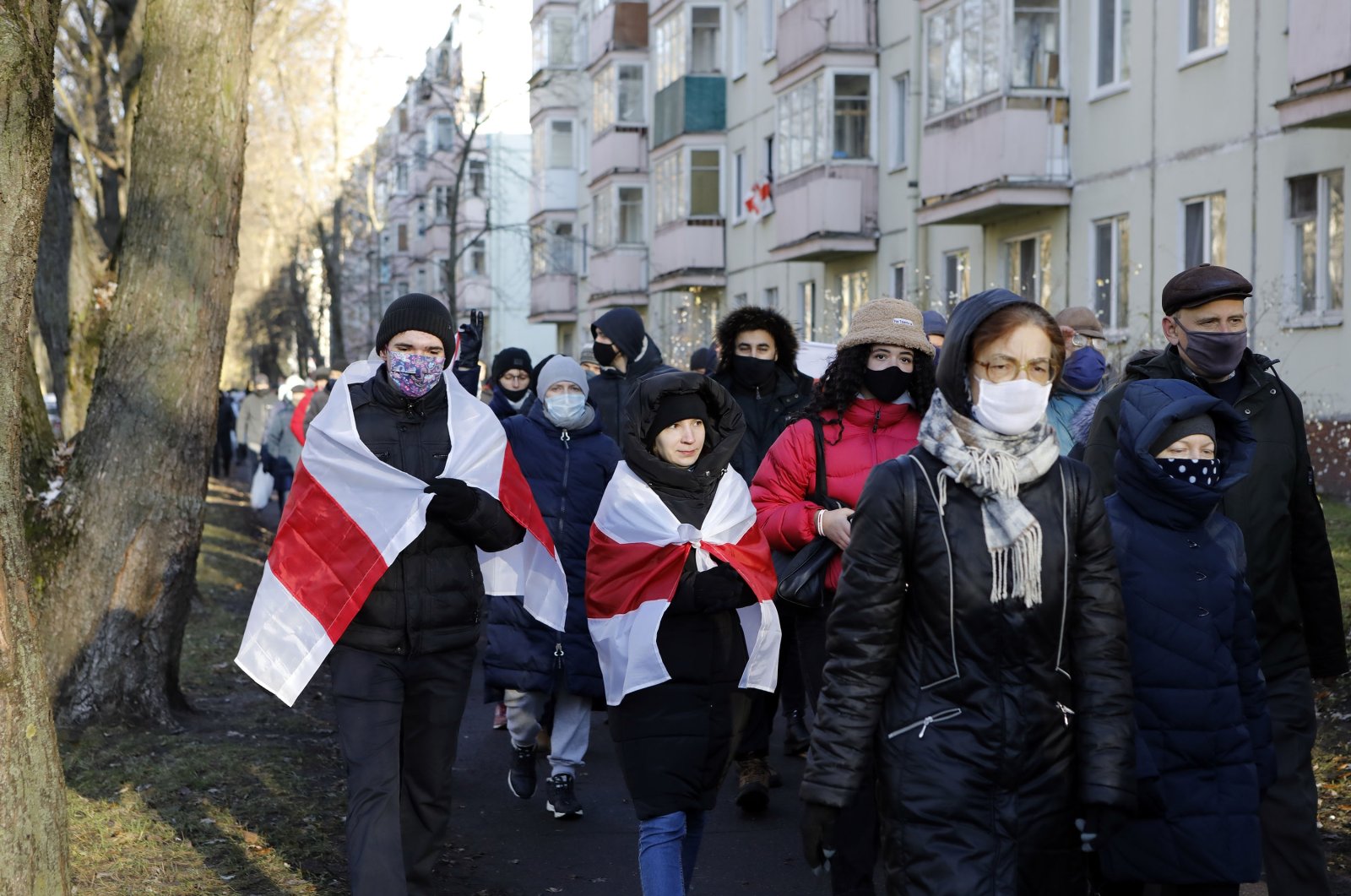 Demonstrators, most of them wearing face masks to help curb the spread of the coronavirus, attend an opposition rally to protest the official presidential election results in Minsk, Belarus, Dec. 6, 2020. (AP Photo)
by German Press Agency - DPA Dec 06, 2020 8:01 pm
RECOMMENDED

People in Belarus defied a ban on demonstrations and took to the streets again on Sunday to protest against long-time President Alexander Lukashenko for the fifth month in a row.

Despite police violence and demonstration bans, protesting has become part of many people's daily life, said opposition leader Svetlana Tikhanovskaya, who is currently in exile.

"This is how it will be until victory," Tikhanovskaya said, praising the protesters for their courage.

People on Sunday gathered first in their neighborhoods and then formed processions, which were met with violence by security forces, according to footage shared on the app Telegram.

Protesters, dressed in the white-red-white colors of Belarus, once again called for Lukashenko to step down.

More than 300 people were arrested for violating the ban on gatherings and for wearing unauthorized symbols, the Interior Ministry said.

Tikhanovskaya said that the protest movement has achieved a lot, including the European Union imposing sanctions and persecuted people being able to access help among the pro-democracy movement.

She said people were fighting for their rights and no longer bending to repression.

"We have learned to be proud of being Belarusian," she said, adding that every Sunday march was a message not to give up.

There have been mass protests against long-time President Lukashenko every weekend in Minsk since a disputed presidential election on Aug. 9, in which electoral authorities claim he won 80% of the vote.

Lukashenko, 66, has led Belarus – a former Soviet republic in Eastern Europe between Russia and EU states Poland and Lithuania – for more than a quarter of a century, tolerating little dissent.

The EU has denounced the August election as "neither free nor fair" and refused to recognize Lukashenko as the current president.

Tikhanovskaya, the main opposition candidate, went into exile immediately after the election. She has vowed to lead the country in the interim if Lukashenko steps down.