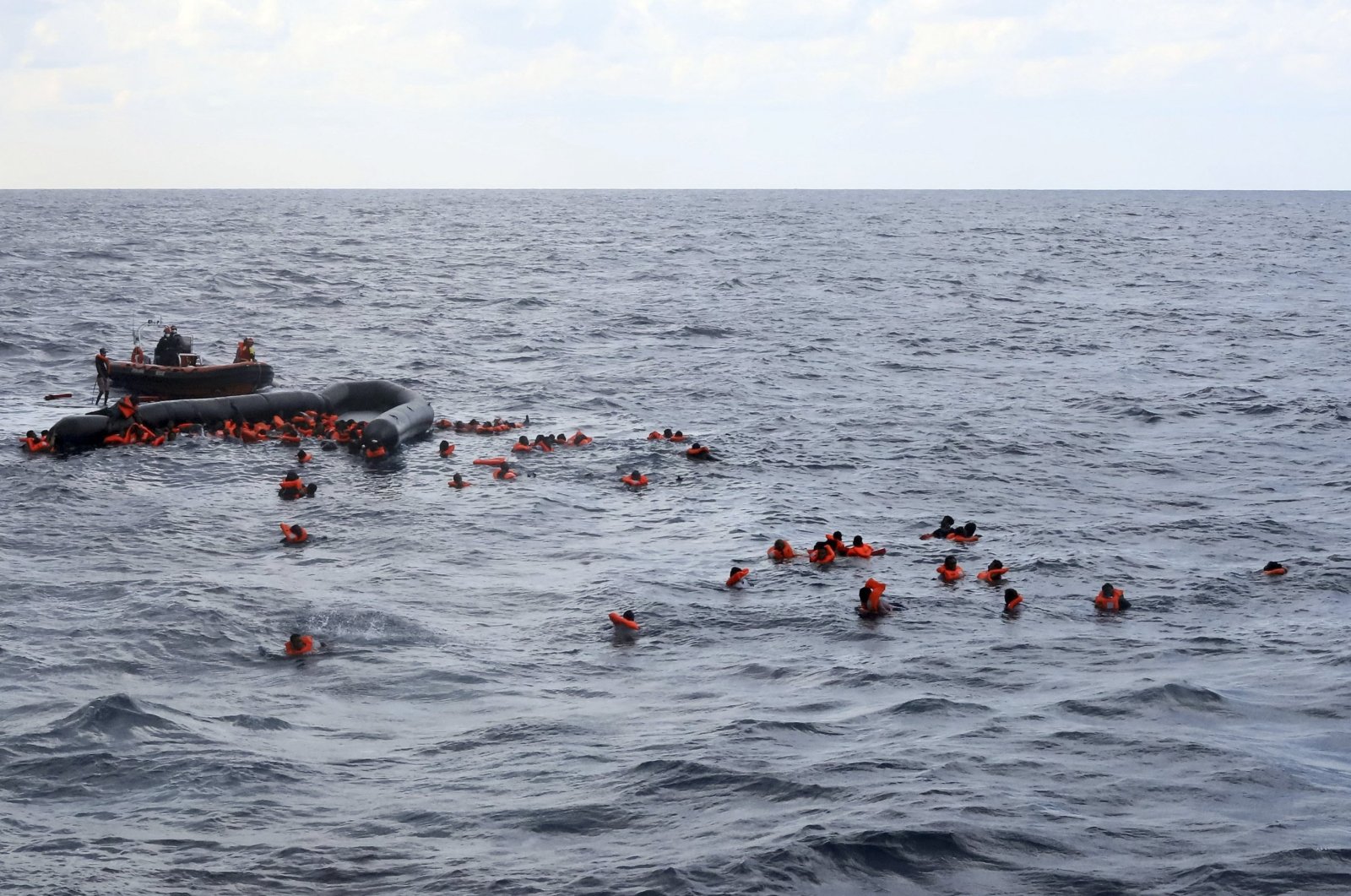 Refugees and migrants are rescued by members of the Spanish NGO Proactiva Open Arms, after leaving Libya trying to reach European soil aboard an overcrowded rubber boat in the Mediterranean sea, Nov. 11, 2020. (AP File Photo)
by Anadolu Agency Apr 23, 2021 12:17 am

Over 100 people were killed in a shipwreck in the Mediterranean Sea, the International Organization for Migration (IOM) said Thursday.

"Reports of a shipwreck in the Central Mediterranean where at least 100 lives were lost," the IOM said on Twitter, sharing the report by French NGO SOS Mediterranée.

"Today, after hours of search, our worst fear has come true. The crew of the Ocean Viking had to witness the devastating aftermath of the shipwreck of a rubber boat north east of (the Libyan capital) Tripoli," the report read, adding that the boat was reported to be in distress with around 130 people onboard Wednesday morning.

The French NGO said that when the Ocean Viking arrived on scene, at least 10 bodies were detected while there were not any survivors.

Noting that there were two more boats in distress, it added: "We searched for two of these boats, one after the other, in a race against time and in very rough seas, with up to 6-meter waves."

It also stressed that the efforts lacked state-led coordination and were conducted under "extremely difficult sea conditions."

"More than 350 people have already lost their lives in this stretch of sea this year, not counting dozens who perished in the shipwreck we witnessed today," the NGO said.

"We are saddened by this latest tragedy and renew our call on states to redeploy search and rescue vessels in the Mediterranean Sea," the IOM also noted.