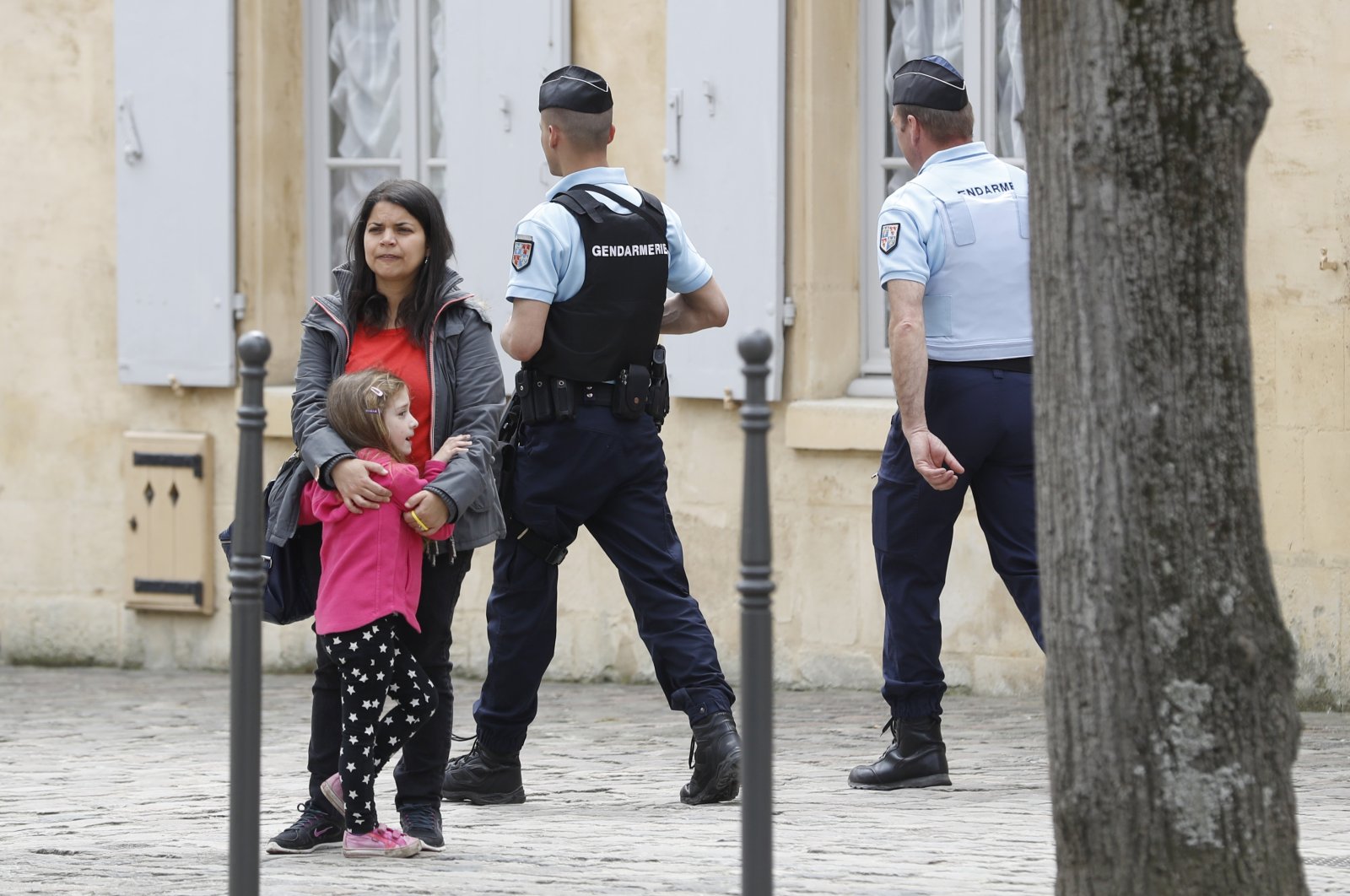 Police Officers patrol as a woman stands with a child in Chantilly, France in this undated picture. (Reuters Photo)
by Agencies Nov 12, 2020 11:11 am
RECOMMENDED

A member of the Jewish French Union for Peace (UJFP) said Wednesday that the recent detention in France of four 10-year-old children, including three Turks, on alleged terrorism charges was a sign of impending barbarism.

Georges Gumpel said in a blog post that the move showed that children are not valued in France and he had not considered writing about his painful childhood until now but the incident triggered his response, according to an Anadolu Agency (AA) report.

Gumpel said he was born to a Jewish family in 1937 and his father was sent to Auschwitz in 1944 when he was only five years old.

Referring to the detention of the children, he said that initially, he did not believe it, as France was a country with human rights, yet the outrageous incident made him question the means used to cover up crimes committed against children.

He further noted that the detention of the children in Albertville in southeastern France on the pretext of "terrorist propaganda” and a previous incident where police forced students at a school in Mantes-la-Jolie district near Paris to kneel for hours were signs of impending barbarity.

The four children - three of them of Turkish descent and one of Algerian descent - were held in police detention last week for more than 11 hours on false allegations of "justifying terrorism," according to interviews with their parents.

The children were reportedly detained due to their responses to their teacher regarding cartoons that insulted the Prophet Muhammad.

Earlier in October, French President Emmanuel Macron said he would not prevent the publication of cartoons insulting the Prophet Muhammad, under the pretext of freedom of expression, a statement that sparked outrage in the Arab and Muslim world. France has also launched an extensive witch hunt against its Muslim community following Macron's remarks, characterizing Islam as a problematic religion that needs to be contained.

Macron described Islam as a religion "in crisis" worldwide and said the government would present a bill in December to strengthen a 1905 law that officially separated church and state in France.

However, the French President stepped back after his remarks sparked huge controversy and a boycott of French goods, including dairy products and cosmetics, by multiple Muslim countries including Qatar, Jordan, Kuwait, Iran, Turkey and Pakistan.

Demonstrators in some countries have also burned Macron's effigy and posters in reaction to his hostility toward Islam.