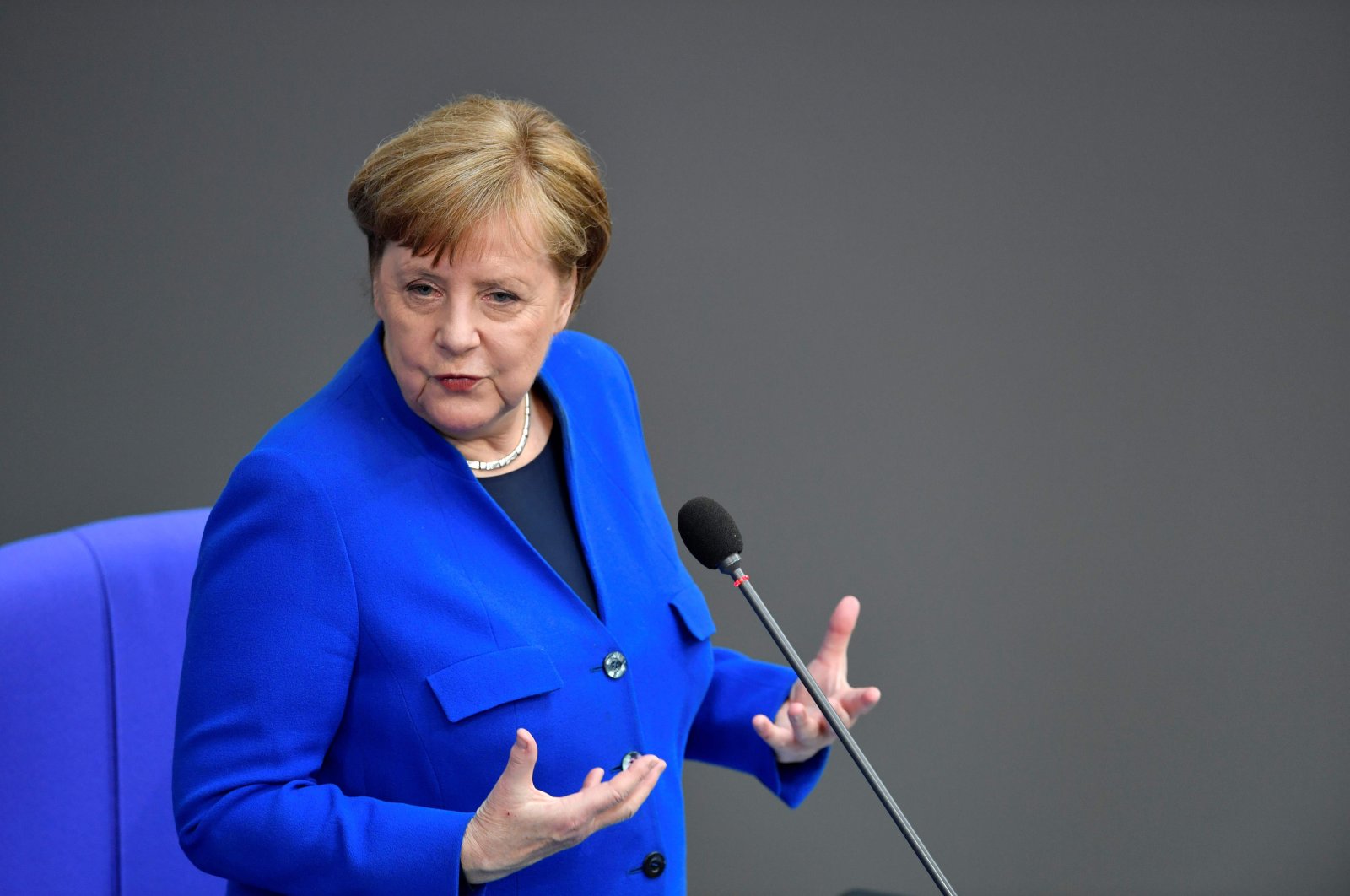 German Chancellor Angela Merkel speaks as she answers questions of parliament members at the Bundestag, the lower house of Parliament, Berlin, Germany, May 13, 2020. (AFP Photo)
by French Press Agency - AFP May 13, 2020 3:19 pm

German Chancellor Angela Merkel voiced frustration Wednesday that Russia was targeting her in hacking action, saying she had concrete proof of the "outrageous" spying attempts.

"I can honestly say that it pains me. Every day I try to build a better relationship with Russia, and on the other hand there is such hard evidence that Russian forces are doing this," she told parliament.

Germany's intelligence service has repeatedly called out attempts by Russian hackers to spy on lawmakers or leading politicians.

German media reported that among information copied by hackers in 2015 was data from Merkel's email account. That attack also targeted the Bundestag.

Merkel said investigators into the 2015 hacking had identified a specific suspect.

"Unfortunately the conclusion I have reached is that this is not new," she said, noting that "cyber-disorientation, the distortion of facts" were all part of "Russia's strategy."

"Obviously this doesn't make it easier" to foster a better relationship with Moscow, she said, calling such spying tactics "more than uncomfortable."