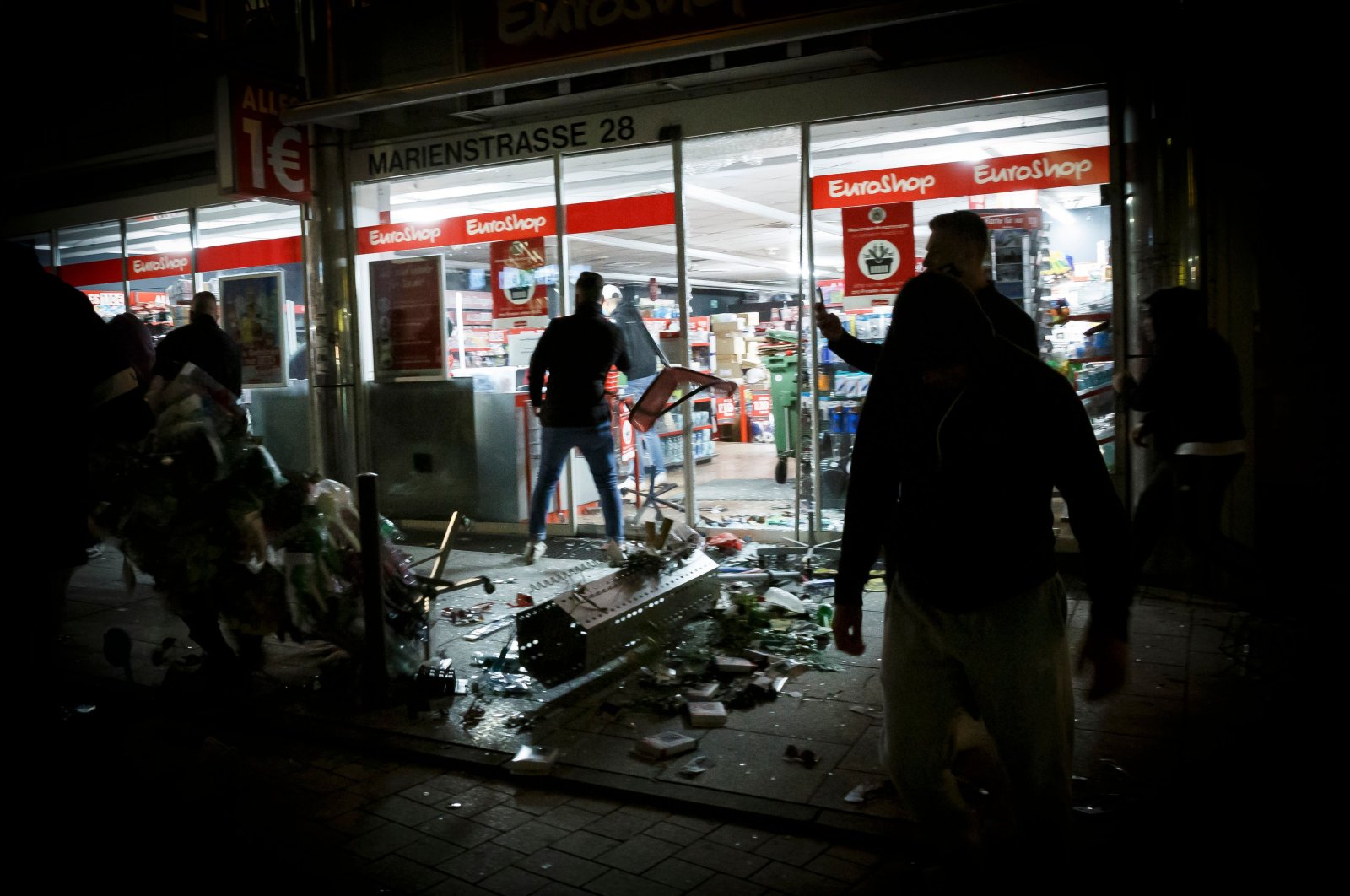 German Chancellor Angela Merkel sharply condemned a violent rampage in Stuttgart, her spokesman said Monday, calling the brutal attacks against police officers and the looting of shops by hundreds of people "abhorrent."

"Whoever has done this has turned against their city, against the people with whom they live and against the laws that protect us all," Merkel's spokesperson Steffen Seibert said of the riots that erupted over the weekend.

German authorities have expressed shock over the rampage of an "unprecedented scale" in the early hours of Sunday in the city center of Stuttgart, where hundreds of partygoers rioted, attacked police and plundered stores after smashing shop windows.

The scenes "are abhorrent and must be strongly condemned,” Seibert said. "Anyone who takes part in such outbreaks of violence, brutally attacks police officers and destroys and plunders shops cannot in any way justify it.”

Authorities say 24 people, half of them German nationals, were arrested over Saturday night's unrest and 19 police officers were injured.

Tensions built up shortly after midnight when officers carried out checks on a 17-year-old German man suspected of using drugs, Stuttgart Deputy Police Chief Thomas Berger said. Crowds who were milling around the city's biggest square, the Schlossplatz, immediately rallied around the young man and began flinging stones and bottles at police.

Groups mostly made up of men used sticks or poles to smash windows of police vehicles parked around the square, which is next to the regional parliament of Baden-Wuerttemberg as well as the state's finance ministry.

At the height of the hourslong clashes, some 400 to 500 people joined in the battle against police officers and rescue workers.

Police said 40 businesses were vandalized, nine of them were looted and 12 police vehicles were damaged before officers brought the situation under control.

In a speech on Monday, President Frank-Walter Steinmeier said perpetrators of the rampage must be "prosecuted and punished with all the severity of the law."

"We must resolutely oppose anyone who attacks police officers, who shows contempt for them or gives the impression that they should be 'disposed of,'" said the president.

Interior Minister Horst Seehofer is due to visit Stuttgart along with his state interior minister Thomas Strobl to take stock of the trail of destruction left behind in the rampage.