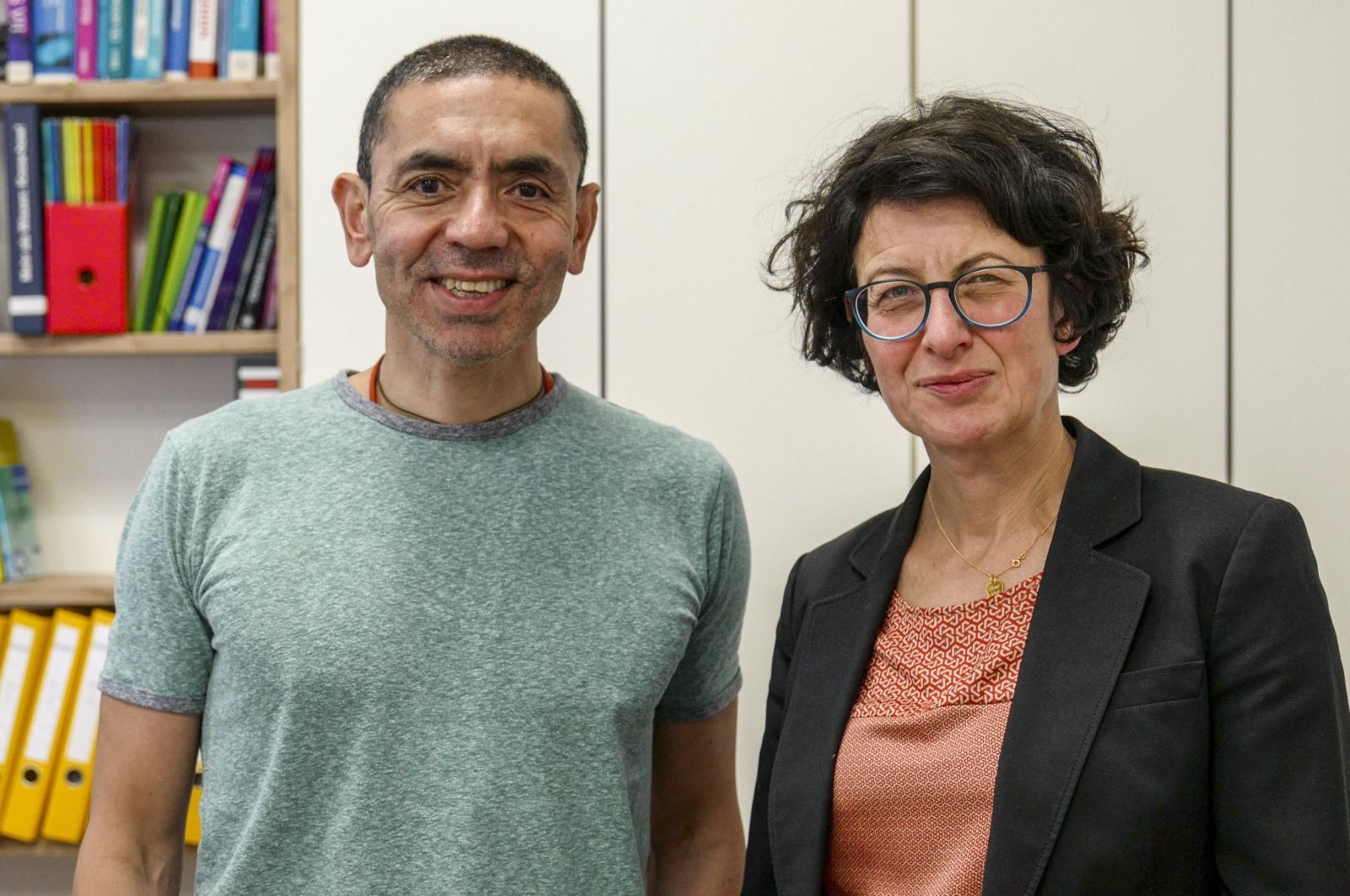 Uğur Şahin (L) is a scientist with more than 60 independent patents in a variety of fields, including life science and biotechnology. Dr. Özlem Türeci is a physician with over 20 years of cancer research experience. (Reuters Photo)
by Anadolu Agency Dec 07, 2020 11:42 pm
RECOMMENDED

German Chancellor Angela Merkel on Monday praised Uğur Şahin and Özlem Türeci, both children of Turkish immigrants in Germany, for developing a vaccine against the coronavirus.

Speaking to German radio Metropol FM, Merkel said Şahin and Türeci, who are married, made a foundational contribution to science with their company BioNTech, alongside U.S. pharmaceutical firm Pfizer.

Estimating that the BioNTech-Pfizer vaccine could be available in Europe at the beginning of January, Merkel said 70% of the population should be immunized to curb the outbreak.

"It will take months to vaccinate so many people. The elderly and health care professionals must first be protected. The second half of 2021 will have more vaccines, but considering the winter months, there will not be enough vaccines yet," she said.

Merkel also urged citizens to comply with precautionary measures against the pandemic, especially in the winter.

The death toll now stands at 18,919 in the country, while 1.18 million have contracted the disease since the beginning of the pandemic.

Vaccine candidate BNT162b2, developed by BioNTech, has an efficacy of more than 94% in adults aged 65 and over, according to the results of Phase 3 clinical studies.

Last month, BioNTech and Pfizer submitted a request to the U.S. Food and Drug Administration for emergency use authorization of their vaccine candidate.

They have also initiated additional rolling submissions across the globe – including Australia, Canada and Japan – and plan to submit applications to other regulatory agencies around the world, according to the statement by the companies.