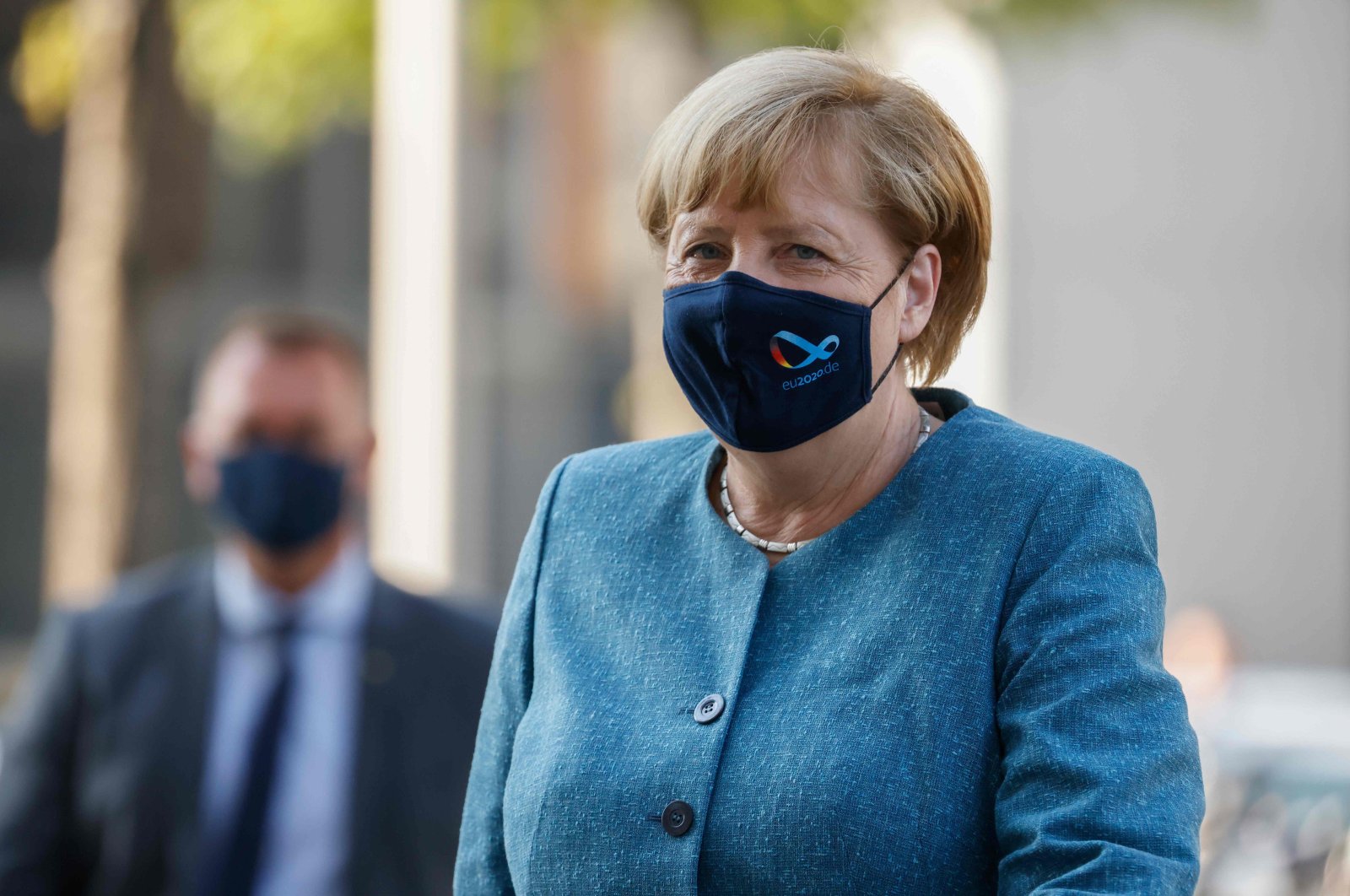 German Chancellor Angela Merkel arrives for a a meeting of the CDU/CSU parliamentary group at the Bundestag in Berlin on September 15, 2020. (AFP Photo)
by French Press Agency - AFP Sep 15, 2020 7:54 pm
RECOMMENDED

Chancellor Angela Merkel Tuesday spoke of her "shame" over rising anti-Semitism in Germany after the country's Jewish community warned the coronavirus was acting as a "catalyst" stirring up anti-Jewish hatred.

"It is true that racism and anti-Semitism never disappeared. But for some time now they have been more visible and uninhibited," Merkel said during a ceremony to mark the 70th anniversary of the Central Council of Jews in Germany.

"It is a disgrace and a source of deep shame for me to see the expressions of racism and anti-Semitism in our country in these times," Merkel said, calling on German citizens to "never remain silent" over the phenomenon.

The German government's anti-Semitism commissioner Felix Klein had warned in April that hatred against Jews was spreading in Germany along with the new coronavirus.

He cited conspiracy theories circulating online such as false claims that the pandemic was the result of a failed bioweapon test by the Israeli secret service.

Josef Schuster, president of the Central Council of Jews, Tuesday said the pandemic was acting as a "catalyst" for anti-Semitic hate.

Schuster denounced some protesters for co-opting a symbol of the Holocaust -- yellow stars similar to those Jews were forced to wear under the Nazis – to represent their claimed oppression by virus restrictions.

Anti-Semitic crimes have increased steadily in Germany in recent years with 2,032 anti-Semitic offenses recorded in 2019, up 13% on the previous year.

Last October, a suspected neo-Nazi gunman tried to storm a synagogue filled with worshippers in the city of Halle in one of the worst acts of anti-Semitic violence in the country's post-war history.

After failing to break down the door, he shot dead a female passer-by and a man at a kebab shop instead.

"We know how quickly words can become actions, as the attack on the synagogue in Halle on Yom Kippur last year alone showed in a particularly terrible way," Merkel said at the ceremony.

Germany is now home to the third-largest Jewish population in western Europe, largely due to an influx of around 200,000 Jews following the collapse of the Soviet Union.