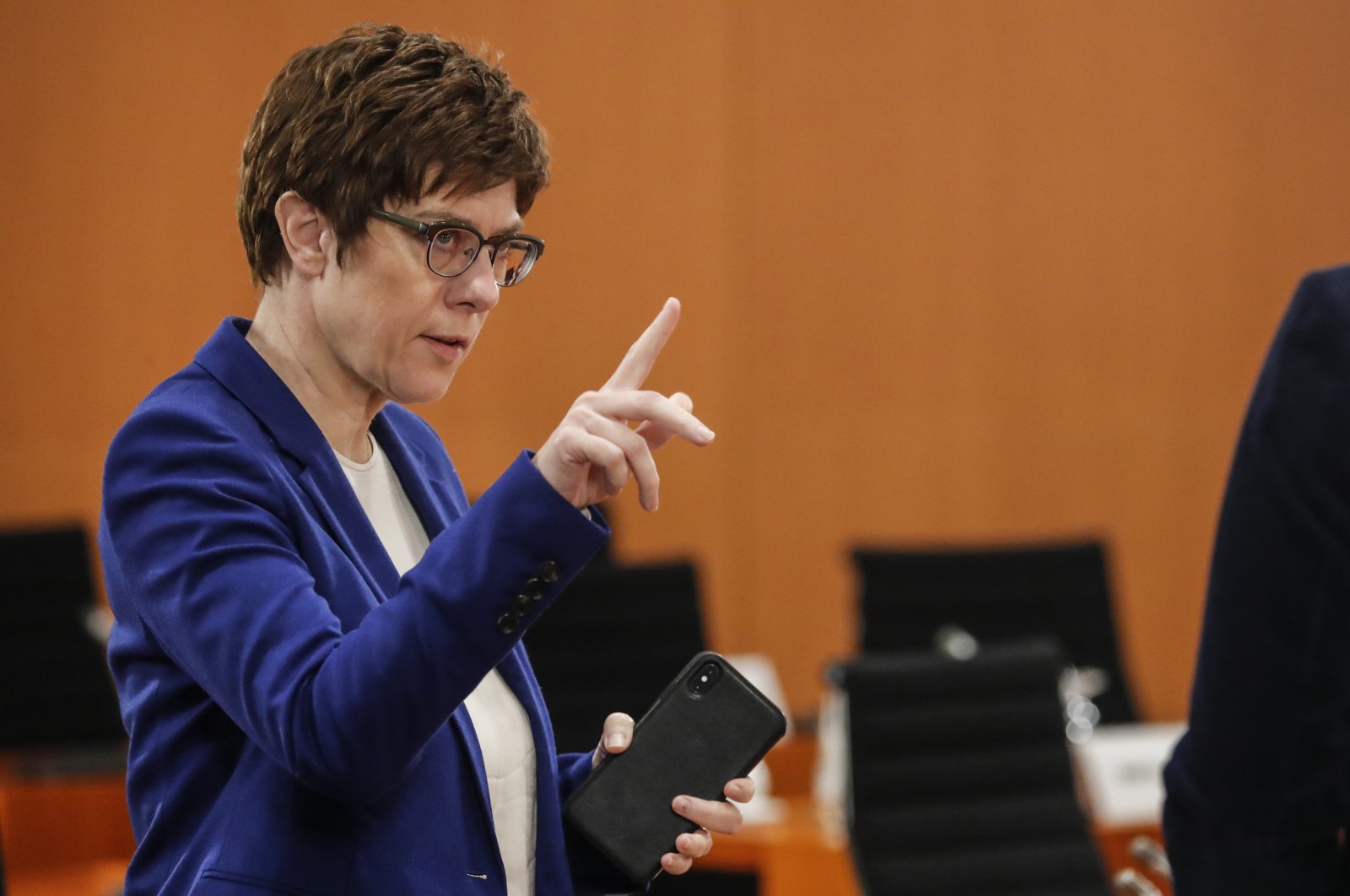 German Defense Minister Annegret Kramp-Karrenbauer gestures prior to the weekly Cabinet meeting at the Chancellery in Berlin, Germany, April 1, 2020. (AP Photo)
by reuters Apr 14, 2020 10:32 am
RECOMMENDED

German Chancellor Angela Merkel's conservative Christian Democrats (CDU) will likely delay the election of a new leader until December due to the coronavirus, current chairperson Annegret Kramp-Karrenbauer (AKK) was quoted as saying Tuesday.

The new leader will be in pole position to run as chancellor in the next federal election as Merkel has said she will not seek a fifth term at the head of Europe's biggest economy.

The party had already canceled a special congress in April to pick a leader, and Kramp-Karrenbauer was quoted by the German Press Agency (DPA) as saying it looked increasingly likely that the decision would not take place until the regular conference in December.

"My impression is that the nearer we get to the summer break with a possible special party conference, the less the need for a conference that will take place just a few weeks before the normal one," Kramp-Karrenbauer told DPA.

So far, the top contenders to lead the party are former Merkel rival Friedrich Merz, popular on the right of the party, and Armin Laschet, the premier of Germany's most populous state. Foreign policy expert Norbert Roettgen is an outsider.

Kramp-Karrenbauer said preparations for the December conference were going ahead.

"We hope of course the situation will develop in such a way that we can have the regular party conference in December in Stuttgart," she told DPA.

Although the new CDU leader would be a favorite to run as chancellor in the next election, due by October 2021, Bavaria's conservative Christian Social Union (CSU) has to agree and may even prefer its own leader, Markus Soeder, to be the candidate.

Kramp-Karrenbauer, Merkel's protege, said in February she would step aside after a scandal over a regional branch of the CDU breaking a post-war taboo and voting with the far-right to elect a state leader from a third party.