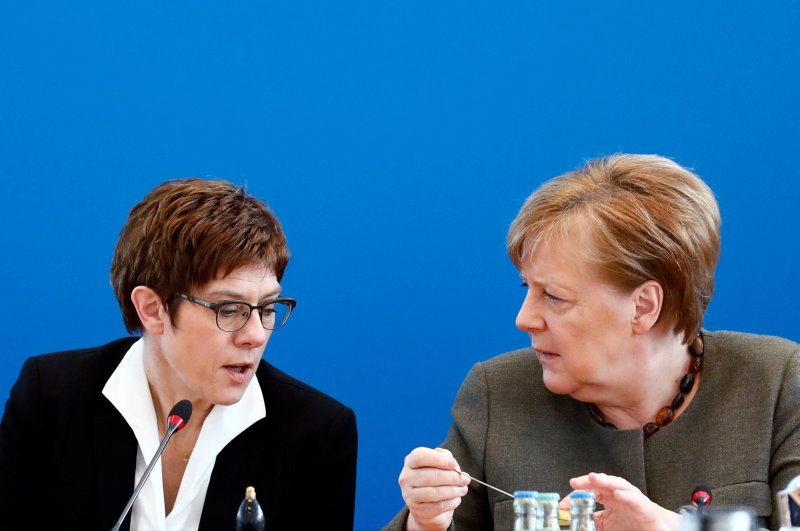 Chancellor Angela Merkel's Christian Democrats will convene a special congress on April 25 in order to pick a new leader, participants at a meeting of top CDU officials said Monday as they sought to resolve the crisis shaking the party's hold onto power.

The meeting took on added urgency after voters handed the CDU its worst result in a state vote in Hamburg on Sunday, punishing it for flirting with the far-right in an eastern state and driving it into a messy leadership battle.

The CDU slipped into third place in Hamburg, scoring just 11.2% in the northern port city, behind the Social Democrats (SPD), for whom the city is a stronghold, and the Greens.

Popular daily Bild dubbed the Hamburg result a "debacle" for the CDU, whose faltering leadership has raised questions over the future course of Europe's largest economy. The April 25 congress will be held in the German capital Berlin, the participants said.

Merkel's initial heir apparent, Annegret Kramp-Karrenbauer, resigned as party leader this month over a scandal involving apparent cooperation with the far right. The surprise move threw open the race to succeed Merkel, who has been in power for more than 14 years and plans to bow out at the next general elections in 2021.

In the starting blocks are two politicians who promise to break with Merkel's centrist course and lead the CDU rightwards, in a bid to win back voters from Alternative for Germany (AfD). While Friedrich Merz recently described her fourth government as "abysmal," young Health Minister Jens Spahn is a rising party star. Facing them are two more moderate candidates: North Rhine-Westphalia state premier Armin Laschet and Norbert Roettgen, a former environment minister dismissed by Merkel in 2012.