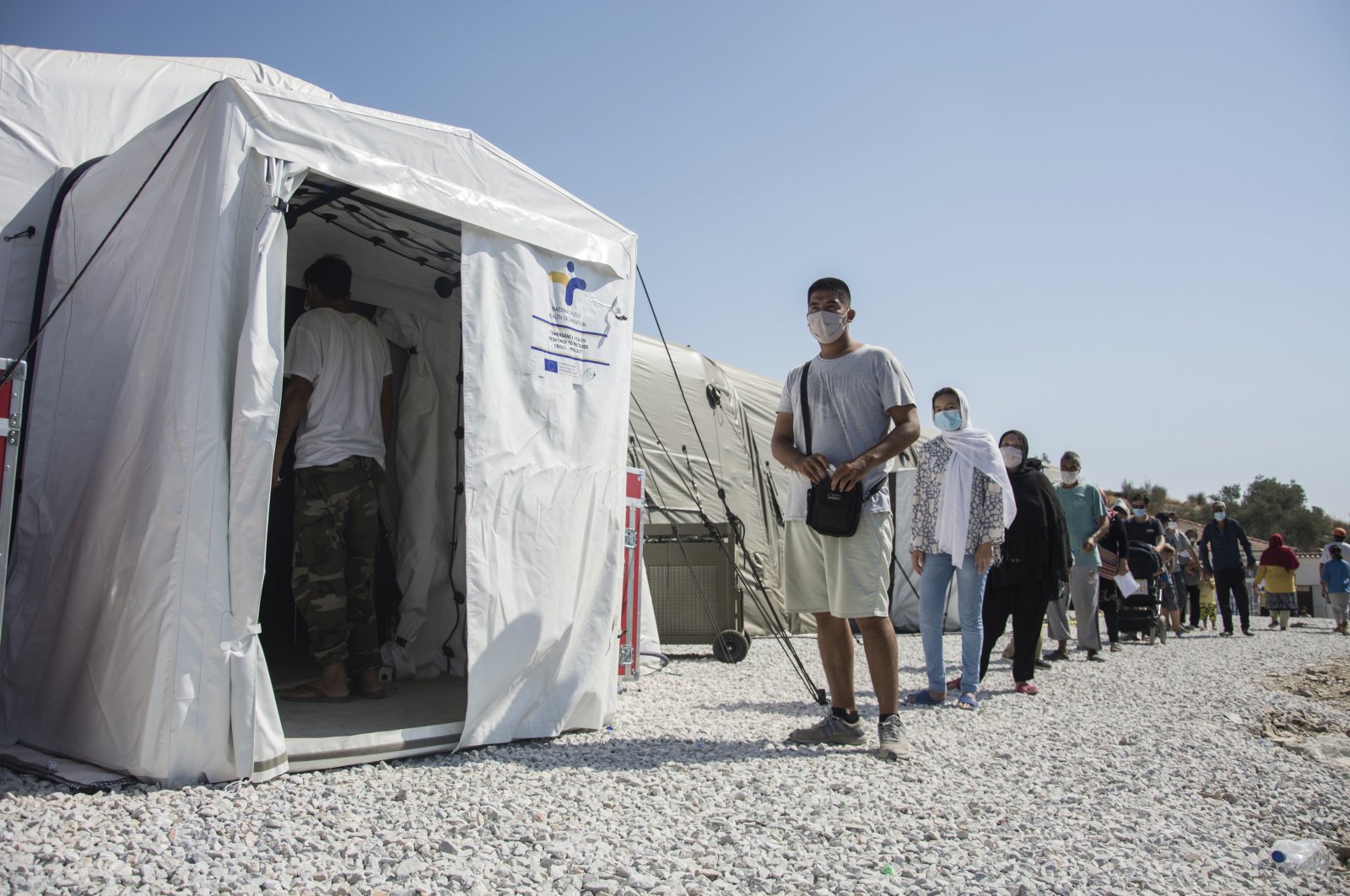 Migrants wait in a queue to do tests for the new coronavirus in Moria refugee camp on the northeastern Aegean island of Lesbos, Greece, Sept. 4, 2020. (AP Photo)
by French Press Agency - AFP Sep 08, 2020 7:28 pm
RECOMMENDED

Three migrant camps near Athens were placed in quarantine on Tuesday as concerns mounted over the spread of COVID-19 among thousands of asylum seekers living in squalid conditions in Greece.

The government said in a statement that "total sanitary confinement" has been imposed on the camps of Malakassa, Schisto and Eleonas until Sept. 21.

Greece's migrant camps have technically been under lockdown since March, with restrictions on who can leave and enter, prompting criticism from rights groups.

The Greek authorities last week detected the first case of coronavirus in the Moria camp on the island of Lesbos, where nearly 13,000 asylum seekers live in dismal conditions – more than four times the camp's capacity.

The migration ministry said the camp – where 35 people have now tested positive – would be placed in quarantine until Sept. 15, with only security personnel granted access after temperature tests.

Two other camps on mainland Greece were also placed in quarantine after experiencing their first cases last week.

Migration Minister Notis Mitarachi said Tuesday the number of migrants living in overcrowded camps on the five islands had reduced by 38% since January.

In an interview with state TV ERT, he also hailed a 90% reduction in the number of migrants arriving from neighboring Turkey since the beginning of the year compared to 2019.

But despite this decline, partly caused by Greece's coronavirus lockdown in the spring, the number of arrivals increased again during the summer.

Greece has closed 12 camps on the mainland since the start of 2020, with 55 still operating.

Several non-fatal coronavirus cases have surfaced in the camps on the mainland – including 150 infections at a migrant hotel in the Peloponnese in April.

With 289 deaths due to Covid-19, Greece has not been as severely affected as other European countries. No deaths have so far been recorded in the migrant camps.