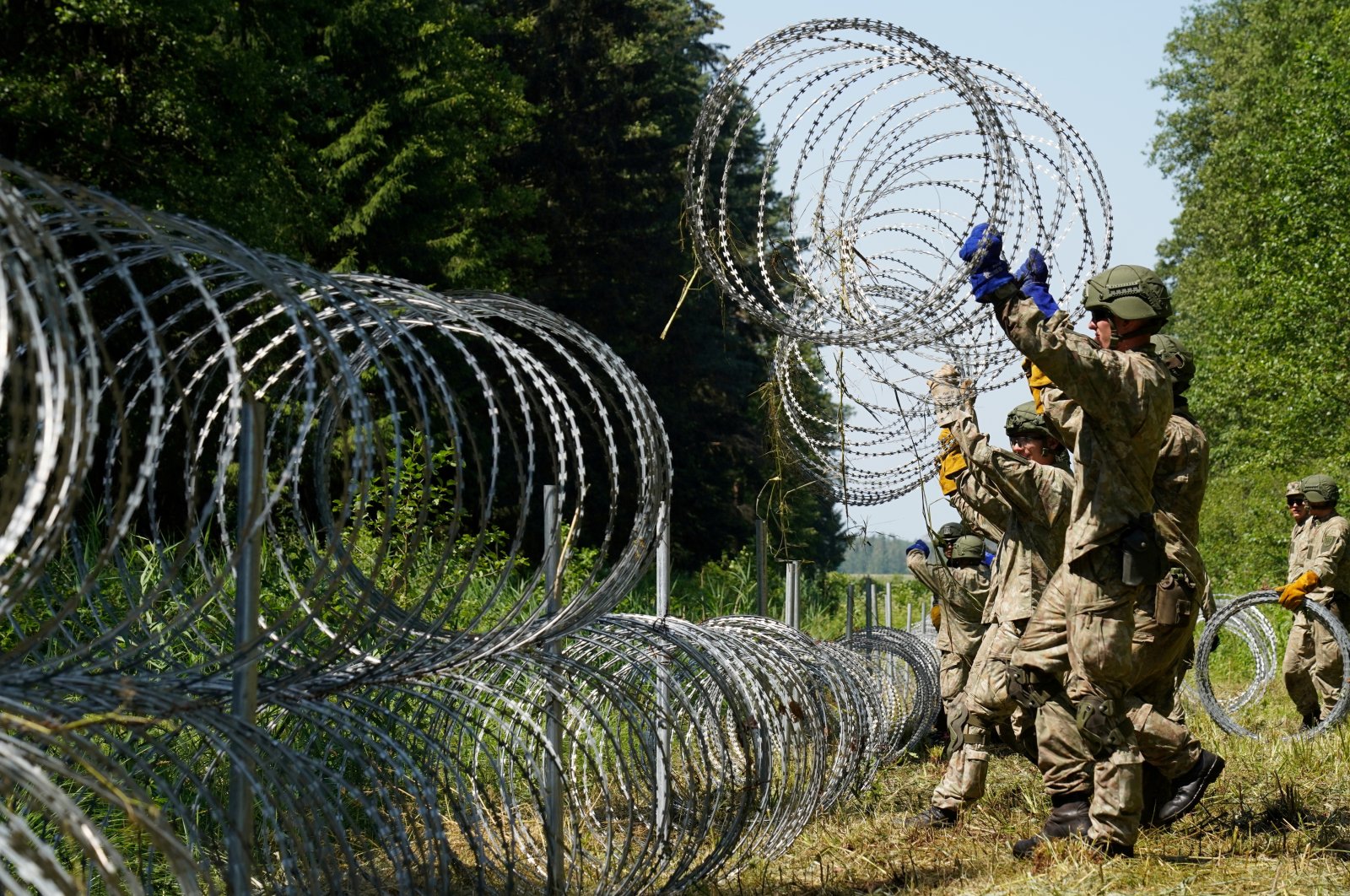 An influx of migrants from the Middle East caused a local state of emergency in Latvia along the border with Belarus after neighboring Lithuania began sending migrants back.

In the last 24 hours, some 200 migrants have crossed over from Belarus into Latvia, a European Union and NATO member state of 1.9 million people.

Poland, which also shares a border with Belarus, has reported 349 migrants arriving since Friday.

"The emergency regime means that the border between Latvia and Belarus will be practically closed to everybody," Latvian Prime Minister Krisjanis Karins said after the cabinet approved the emergency to last from Wednesday until November 10.

The emergency regime will allow Latvian personnel to use physical force if necessary to send migrants back over the border, and officers would not be obliged to accept asylum applications.

European Union ministers are to hold crisis video conference talks next week on the migrant influx.

Lithuania, which has offered strong support and refuge to the Belarusian opposition, last week began a policy of pushing back the migrants after more than 4,000 crossed over so far this year.

Only 81 migrants crossed into Lithuania in 2020.

The EU earlier on Tuesday announced a "significant decrease" in migrant crossings to Lithuania after Iraq suspended flights to Belarus following requests from Brussels and Vilnius.