Migrants flee as huge fire breaks out in Bosnia camp 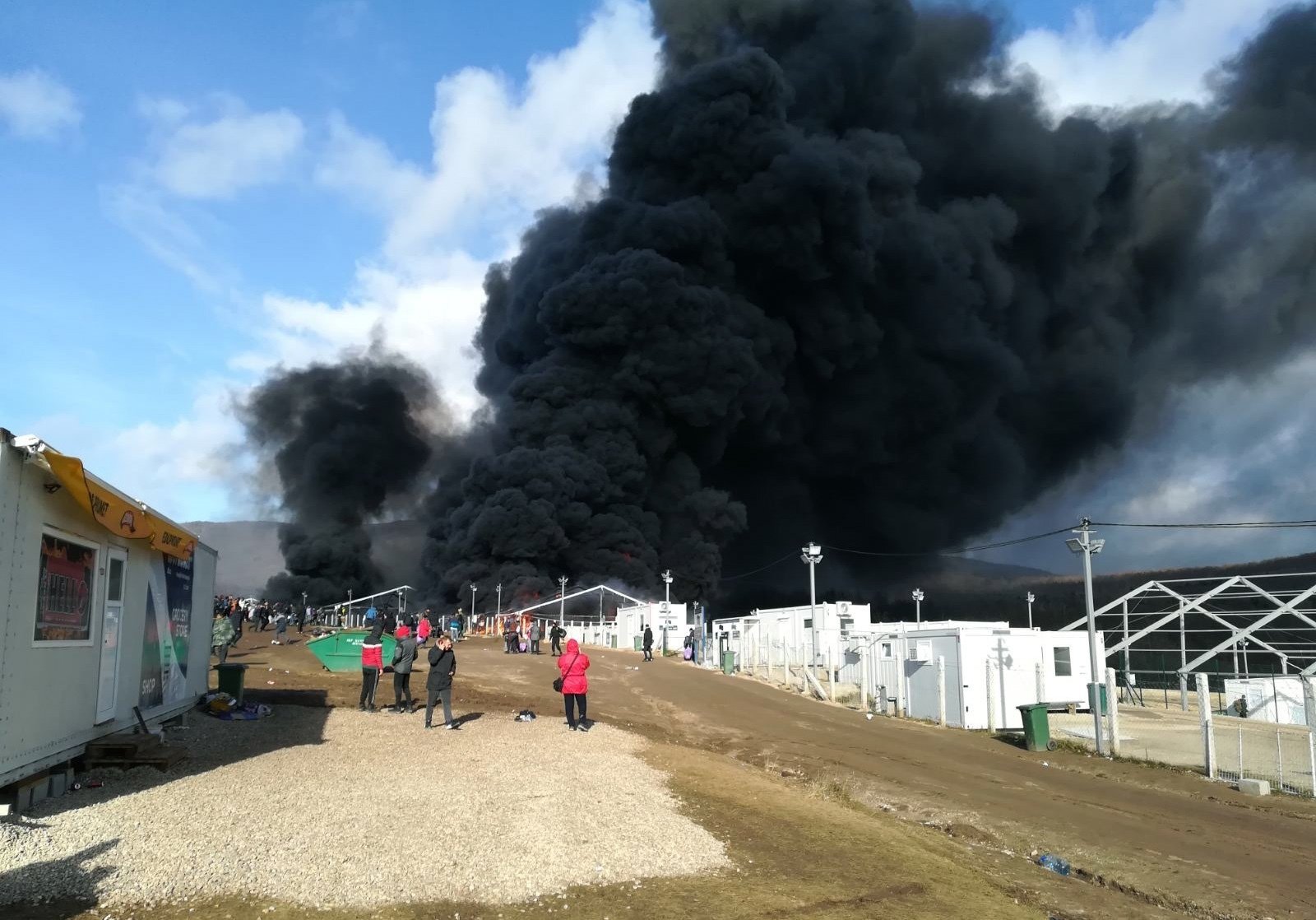 A huge fire broke out Wednesday at a temporary migrant camp in northwestern Bosnia-Herzegovina that has been strongly criticized by rights groups as unsuitable due to its lack of resources.

Thick black smoke could be seen rising from the Lipa tent camp near the Croatian border that currently houses 1,200 migrants.

Residents were seen running away in panic, but there were no immediate reports of injuries.

The cause of the fire was not immediately known.

Bosnia-Herzegovina has become a bottleneck for thousands of migrants hoping to reach the European Union. Most are concentrated in the country's northwestern Krajina region as other regions in the ethnically divided nations refuse to accept them.

The EU has warned Bosnia-Herzegovina that thousands of migrants face a freezing winter without shelter, and it urged the country’s bickering political authorities to set aside their differences and take action. Thousands of people have been sleeping outdoors in makeshift tent camps or abandoned houses with no facilities.

The EU is concerned that the announced closure of the Lipa camp will make things worse, even though living conditions there are deplorable. The camp was only set up as a temporary measure to cope with the impact of the coronavirus over the summer.

The first winter snow earlier this month triggered alarm about the upcoming winter as migrants in makeshift camps appealed for help in freezing temperatures. Many have also alleged pushbacks and violence at the hands of Croatian police.