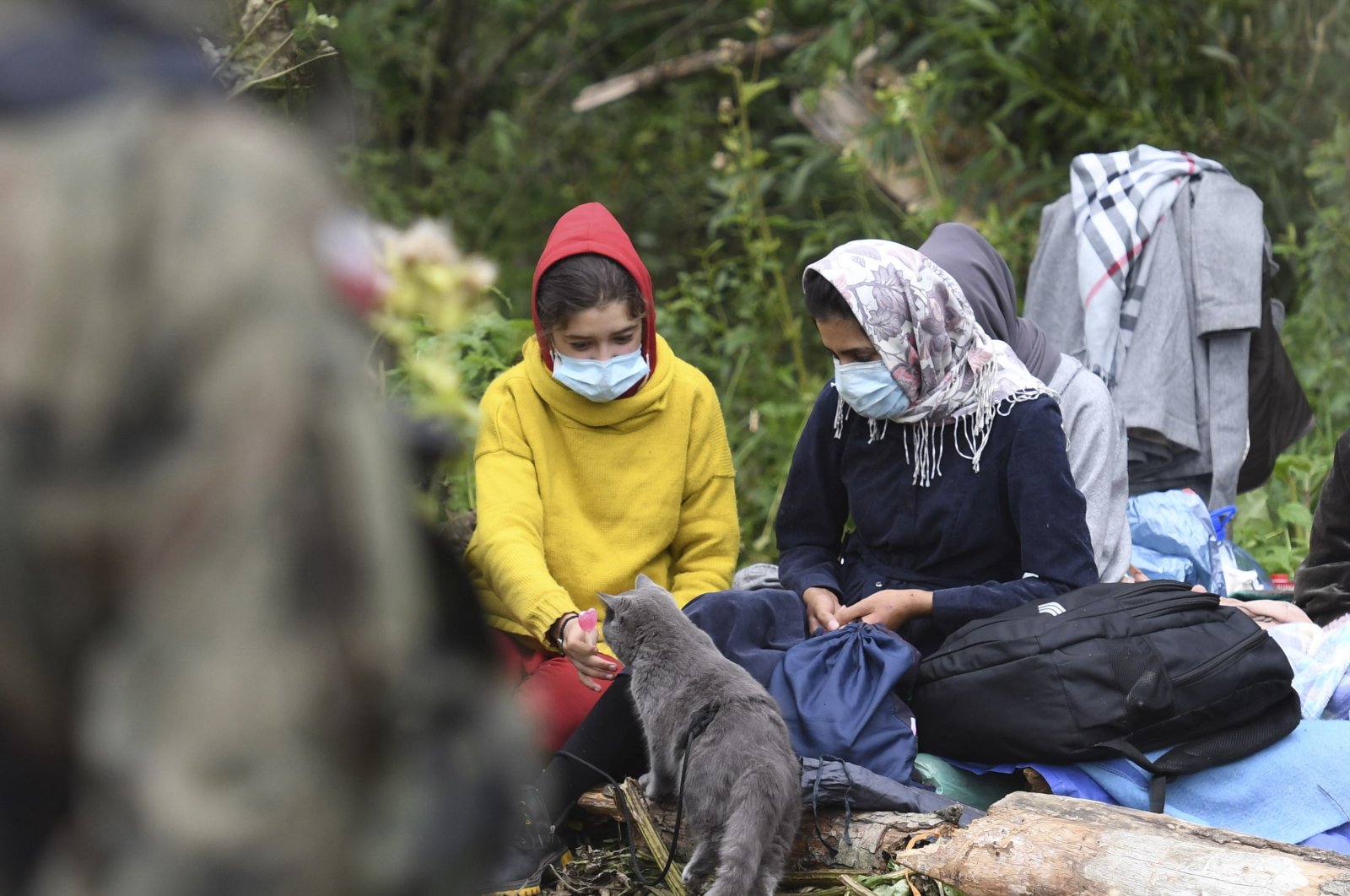 The fate of 32 Afghan migrants stuck at the Polish-Belarusian border for nearly two weeks is rapidly becoming a real hassle for the Polish government, which is unwilling to budge in the stand-off with its neighbor.

The EU and Poland accuse the Belarusian authorities of pushing thousands of migrants – mostly from the Middle East – to make illegal crossings into the bloc in retaliation against EU sanctions.

But many Poles have been moved by the sight of the migrants stuck between armed Belarusian officers and Polish soldiers.

Some are calling for them to be allowed to step into EU territory and claim asylum but others agree with the tough line from the government against Belarusian "blackmail."

"I truly sympathize with the migrants who have been in an extremely difficult situation but it should be clearly stated that they are a political instrument," Morawiecki said.

At the same time, Morawiecki emphasized that the Polish government was helping dozens of Afghans evacuated from Kabul to Warsaw in recent days following the required checks.

The stand-off near the village of Usnarz Gorny is one of several similar incidents along Belarus's borders with EU members Latvia, Lithuania and Poland.

All three countries are preventing the migrants from crossing to make asylum claims, saying they should go through embassies in Belarus or official border checkpoints.

The migrants, who Poland says are just a few centimeters into Belarusian territory in an area where the border is not clearly delineated, have been surviving on food and water provided by activists and some of the Polish border guards.

Several commentators have urged the government to let them in.

"The only thing we can do is show how different we are from ... Minsk, give them shelter and a chance to apply for asylum," Boguslaw Chrabota wrote in the Rzeczpospolita daily.

Michal Wilgocki, a commentator for Gazeta Wyborcza, warned that Poland's populist right-wing government could use anti-migrant rhetoric to win support – as it did when first elected in 2015.

He urged political forces to "take the side of human life."

Far-right figures have instead backed the government's tough line and have traveled to the camp to support the border guards.

Deputy Defense Minister Marcin Ociepa on Friday said the camp was intended "to make us argue in Poland about such fundamental issues as security or foreign policy, migration policy."

"The Polish opposition must not be a part of this scenario of the Russian and Belarusian secret services," he said.

Poland's interior ministry on Wednesday said that so far in August 2,100 people had attempted to cross illegally from Belarus, 1,342 of whom had been prevented from doing so.

At a different part of the border, the authorities said on Friday they had rescued 12 migrants who got stranded in a swamp after crossing the border.

The group included three children. Two people required medical attention and one had to be moved on a stretcher.

The border guards said there were 11 Iraqis and 1 Egyptian.

Poland's military has also been drafted in to assist border guard patrols, with around 900 soldiers deployed, and razor wire is being laid down along several sections of the border.