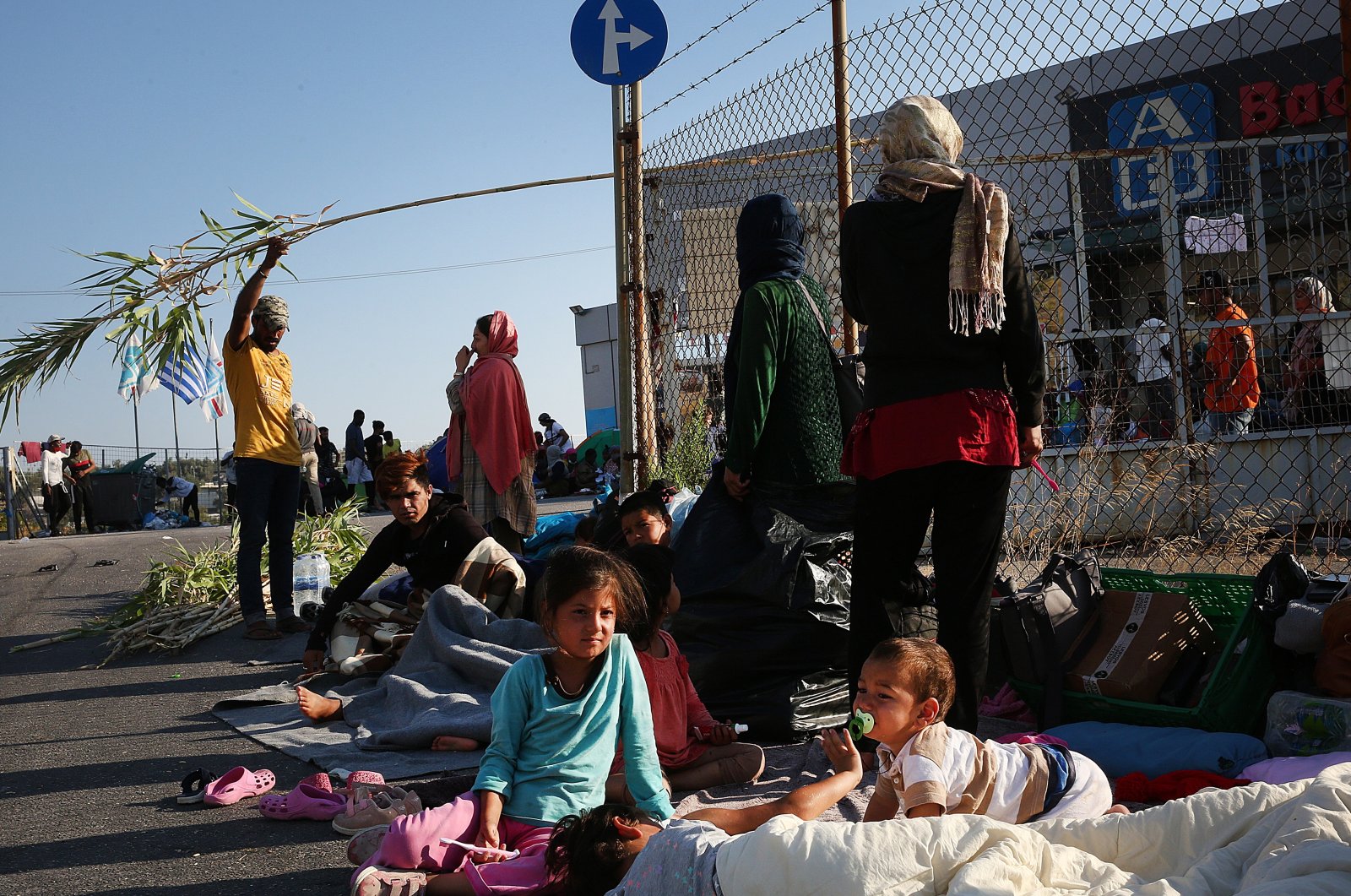 Following a fire at the Moria refugee camp on the Greek island of Lesbos, thousands have been forced to sleep in the open without access to food and water while EU countries bicker about taking in a few hundred people

Following a devastating fire, more than 12,000 former occupants of the notoriously overcrowded Moria refugee camp on the Greek island of Lesbos are now camping out in fields and along roadsides without food or water and threatened by a possible spread of coronavirus infections as the need for a solution has become increasingly urgent.

“We have spent three days here without eating, without drinking. We are in conditions that are really, really not very good,” said Freddy Musamba, a former camp resident from Gambia who denounced the situation in Greece and the conditions under which he had been living, as reported by The Associated Press (AP).

“I want to speak about the European Union, who abandoned us, who left us here like this,” Musamba said. He called for the EU “to come and support us, to not leave us. We are like abandoned children. We have endured things we didn’t know could happen.”

Greek authorities have said the fires on Tuesday and Wednesday evening were deliberately set by some of the camp’s residents angered by isolation orders issued to prevent the spread of the coronavirus after 35 residents were found to have been infected.

The camp had been under a lockdown due to last until mid-September after the first virus case was identified in a Somali man who had been granted asylum and left the camp but later returned to Moria from Athens. Aid organizations have long warned about dire conditions in the camp, which has a capacity of just over 2,750 people but was housing more than 12,500 inside and in a spillover tent city that sprang up in an adjacent olive grove. The situation has led to spiraling tension, both among migrants and refugees inside the camp and with local residents who have long called for Moria to be shut down.

EU countries, so far, have failed to create a more permanent EU redistribution arrangement to prevent migrant tragedies. An EU-wide asylum system fell apart under the strain of hundreds of thousands of arrivals, with other European nations accepting only a trickle of refugees, leaving thousands trapped in Greek camps.

As another ad hoc solution to the crisis, 10 European Union member states have agreed to take in a total of 400 unaccompanied minors from the burned-out Moria refugee camp. Negotiations are ongoing with further countries, German Interior Minister Horst Seehofer said. Germany and France are to take in the bulk of the children, at 100-150 each. Exact numbers will be decided once negotiations with all the participating states are concluded, he added. The minister also said that Athens had also passed on proposals on how Germany can assist homeless migrants in Greece.

Moria houses people from Africa, Asia and the Middle East who arrived on the island from the nearby Turkish coast, fleeing poverty or conflict in their homeland. The overcrowded camp and its dire conditions have been held up by critics as a symbol of failures in the EU's migration and refugee policy.