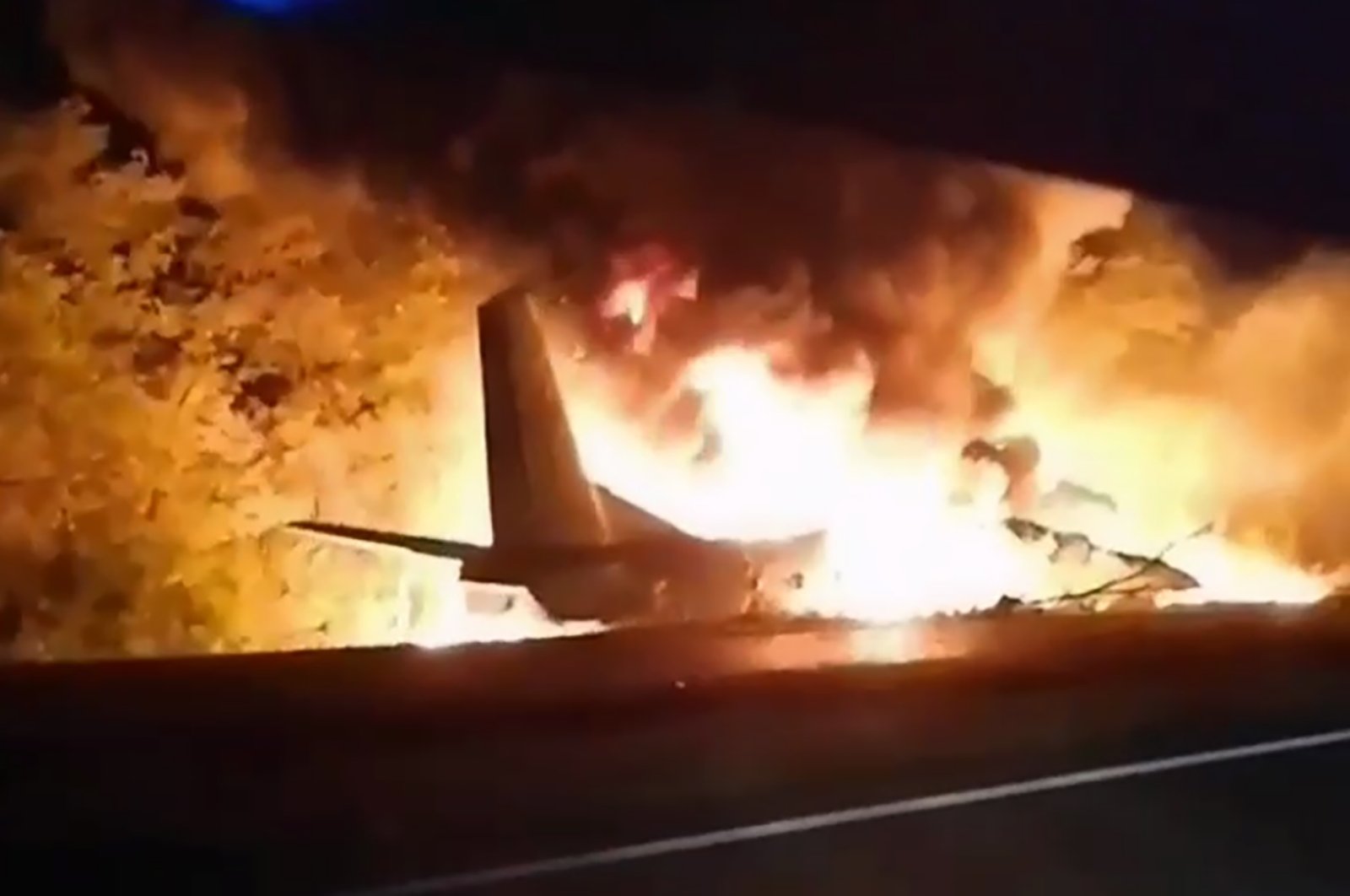 Two people initially survived the crash, but one later died in a hospital. The An-26 crashed while landing at the airport in Chuhuiv, about 400 kilometers (250 miles) east of the capital Kyiv.

Reports said that the plane had a military crew and that most of those aboard were students at an aviation university run by the Defense Ministry.

There were no immediate indications of what caused the crash.

Ukrainian President Volodymyr Zelenskiy said he would travel to the region.

"We are urgently creating a commission to investigate all the circumstances and causes of the tragedy," he wrote on Facebook.

Zelenskiy declared Saturday to be a day of mourning for the crash victims and ordered that flights of An-26 planes be halted pending investigation of the crash cause.

Zelenskiy, who visited the crash area on Saturday, called for a full assessment of the condition of the country’s military equipment and said he wanted an official report on the crash by Oct. 25.

"Sharing the grief of the relatives of those who lost their lives in the tragic plane crash occurred in Kharkiv/Ukraine. Condolences to the friendly people of Ukraine," Çavuşoğlu wrote on his Twitter account.

The An-26 is a transport plane used by both military and civilian operators. Nearly 1,400 of the planes were manufactured from 1969 to 1986, according to the company's website. The age of the plane that crashed Friday was not immediately reported.

An An-26 chartered by a contractor for the World Food Program crashed on Aug. 22 while taking off from Juba in South Sudan, killing seven people.