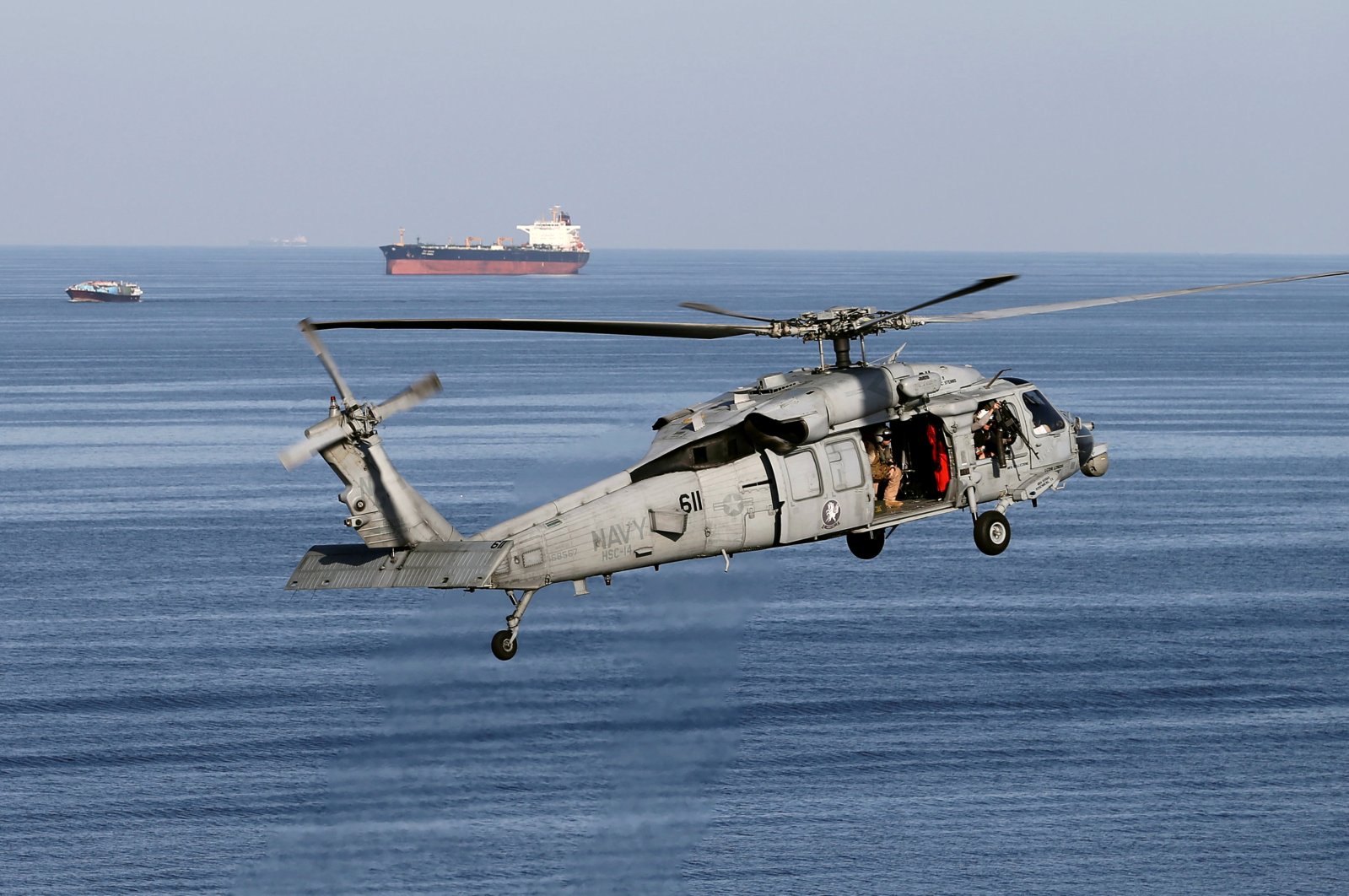 This file photo shows MH60S helicopter hovers in the air with an oil tanker in the background as the USS John C. Stennis makes its way to the Gulf through the Strait of Hormuz, Dec. 21, 2018. (Reuters Photo)
by compiled from agencies
Apr 29, 2020 11:00 pm

Debris from a missing Canadian helicopter taking part in a NATO operation has been found in the Ionian Sea between Greece and Italy, a Greek military source said Thursday.

"Debris has been found in Italy's zone of control and intervention" in the Ionian Sea, the source told AFP. "Greece has sent a marine helicopter to participate in the rescue operation."

ERT said an Italian and a Turkish frigate that was also part of the operation were searching for the helicopter, which was believed to be carrying three people.

Earlier in the day, Canadian officials confirmed that they have lost contact with the helicopter deployed onboard Canadian frigate HMCS Fredericton, which was part of NATO's Standing Maritime Group Two (SNMG2).

"Contact was lost with the aircraft as it was participating in Allied exercises off the coast of Greece," the Canadian Armed Forces said in a brief statement.

"As this is evolving, we have no further information to provide at this time."

Officials at the Public Affairs office of the Supreme Headquarters Allied Powers Europe could not be reached for comment.

Greek media reported earlier the helicopter went missing over the Ionian Sea between Italy and Greece, in international waters about 80 kilometers off the Greek resort island of Cephalonia.

HMCS Fredericton left Halifax for a six-month deployment in the Mediterranean and the Black Sea in January with a new Cyclone helicopter on board.

The Canadian Cyclones, which were first deployed in late 2018, usually carry four crew members but can have additional personnel or passengers on board.

The Cyclone is a militarized version of the Sikorsky S-92 helicopter.

There have been other incidents with Cyclone helicopters, which replaced Canada's aging Sea King helicopters.

In February 2019, a Cyclone helicopter operating from HMCS Regina made a hard landing on supply ship Asterix while operating off the coast of Hawaii in the Pacific.