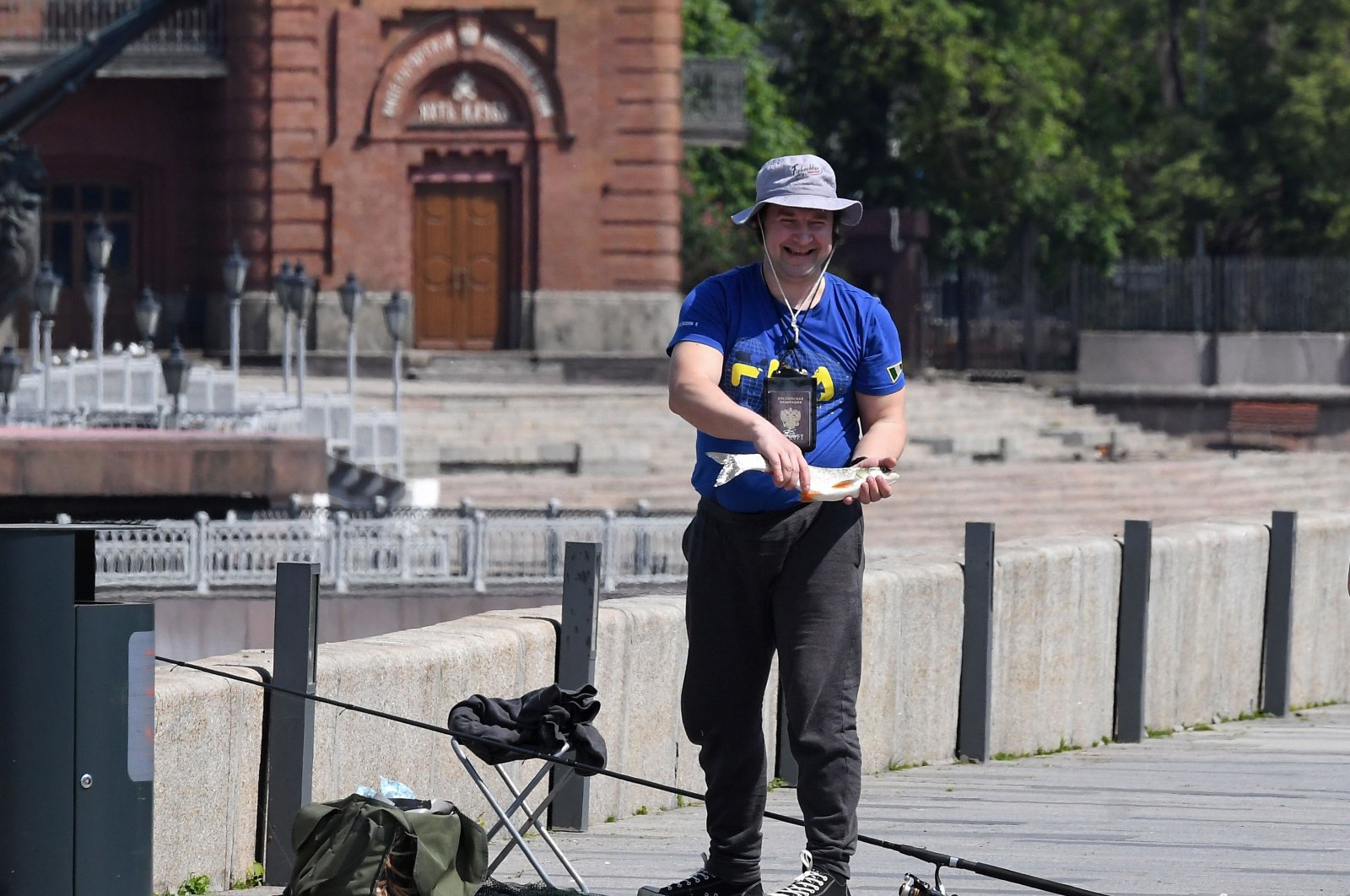 A man smiles holding his catch as he fishes at an embankment of the Moskva river in downtown Moscow on June 9, 2020. (AFP Photo)
by Compiled from Wire Services Jun 09, 2020 12:50 pm
RECOMMENDED

Moscow on Tuesday lifted a strict anti-coronavirus lockdown after more than two months of restrictions as Russia reported over 6,000 deaths.

Muscovites flocked to streets and parks after authorities in the Russian capital lifted a lockdown in place since March 30, even as the country registered 8,595 new cases and its total death toll surpassed 6,000.

Traffic jams returned to Moscow's notoriously congested roads as residents spilled out onto the streets in the Russian capital.

Walking in central Moscow under sunny skies, 33-year-old marketing manager Olga Ivanova said that after weeks stuck at home it felt good to have her city back.

"It's nice out and there are a lot of people on the streets. It's a beautiful day, in every sense of the word," she said.

With more than 485,000 cases as of Tuesday Russia has the third-highest number of confirmed infections after the United States and Brazil.

The easing of restrictions was announced Monday and comes as the Kremlin is gearing up for a crucial July 1 vote that could extend President Vladimir Putin's grip on power until 2036.

Officials say the high number is the result of a huge testing campaign, with more than 13 million tests carried out so far, and point to Russia's relatively low mortality rate as evidence it is safe to ease lockdowns.

Critics have accused authorities of under-reporting deaths and say officials are rushing to lift restrictions for political reasons, after President Vladimir Putin rescheduled a high-profile military parade in Red Square for June 24 and a vote on constitutional reforms for July 1.

Moscow, Europe's most populous city with more than 12 million people, had been under lockdown since March 30.

Some measures have been gradually lifted over the last few weeks, with non-food retail shops permitted to reopen and residents allowed to go for walks according to a fixed schedule.