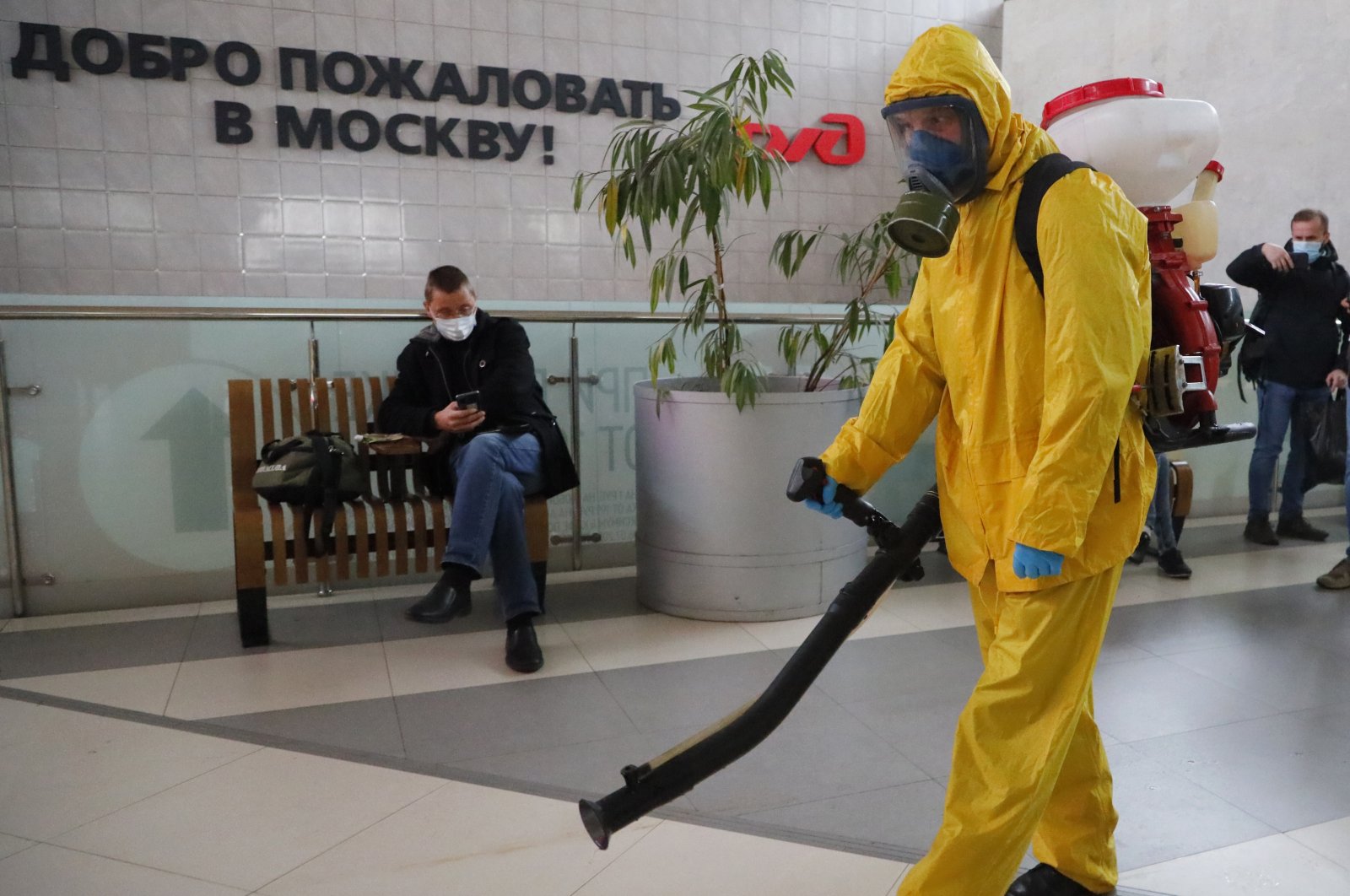 Moscow Mayor Sergei Sobyanin on Tuesday ordered the capital's first coronavirus restrictions since the summer as Russia registered a record number of daily deaths with most Russians still not vaccinated.

According to Agence France-Press (AFP), Sobyanin ordered the unvaccinated over-60s to work from home, reintroduced a home-working quota and extended mandatory vaccinations for service workers. The measures will take effect next Monday and last until Feb. 25.

Russia registered another daily record of coronavirus deaths Tuesday as rapidly surging infection rates raised pressure on the country’s health care system and prompted the government to suggest declaring a nonworking week. The government task force reported 1,015 coronavirus deaths over the past 24 hours, the highest number since the start of the pandemic. That brought the total death toll to 225,325 – by far the highest in Europe. It also registered 33,740 new infections over the past day.

Amid a spike in infections and deaths, Deputy Prime Minister Tatyana Golikova suggested introducing a weeklong nonworking period starting Oct. 30 that includes an extended public holiday. She said the Cabinet will ask President Vladimir Putin to authorize the move. Until now, the Kremlin has ruled out a new nationwide lockdown like the one early on in the pandemic that dealt a heavy blow to the economy and sapped Putin’s popularity.

The daily coronavirus mortality numbers have been surging for weeks and topped 1,000 for the first time over the weekend amid sluggish vaccination rates, lax public attitude toward taking precautions and the government's reluctance to toughen restrictions. Russia boasted about becoming the first country in the world to authorize a coronavirus vaccine in August 2020 even though it was only tested on a few dozen of people at the time, proudly naming the shot Sputnik V after the world's first satellite to underline the country's scientific achievements.

While extolling Sputnik and three other domestic vaccines developed later, Russia's state-controlled media chafed at the perceived flaws of Western-made shots, a controversial message that many observers saw as feeding public doubts about vaccines. Amid widespread vaccine hesitancy, authorities have raised pressure on medical workers, teachers and public servants to get the shots, but the uptake has remained sluggish.

The government coronavirus task force said Monday that about 45 million Russians, or 32% of the country’s nearly 146 million people, are fully vaccinated. Putin has underlined the importance of broad vaccination, but emphasized that it should remain voluntary. Authorities have opened vaccination locations in shopping malls and other facilities outside clinics and tried to encourage people to get the shots with lotteries, bonuses and other incentives, but all those efforts have failed to considerably accelerate the efforts.

Putin spokesperson Dmitry Peskov noted while the government has done everything to make vaccines easily available it should have been more proactive in its efforts to encourage vaccination.

"Obviously, more should have been done to explain the lack of alternative to vaccination,” Peskov said in a conference call with reporters, as The Associated Press (AP) reported.

Asked if the government could authorize imports of foreign vaccines to help boost uptake, Peskov charged that vaccine skepticism isn't limited to domestic shots. He also emphasized that the issue should be solved on an equal basis. Russia-EU talks on mutual recognition of coronavirus vaccines have dragged on without an end in sight.

While resisting a nationwide lockdown, the Kremlin empowered authorities across the country's 11 time zones to decide on restrictions depending on the local situation. Many of Russia’s 85 regions already have restricted attendance at large public events and limited access to theaters, restaurants and other venues.

Some have made vaccination compulsory for certain categories of public servants and people older than 60. St. Petersburg, Russia’s second-largest city, joined others Monday, ordering digital codes proving vaccination or recovery from infection for access to conferences and sports events beginning Nov. 1. Starting on Nov. 15, those codes will also be required at movies, theaters, museums and gyms, and on Dec. 1 they become mandatory at restaurants, cafes and some stores.

The city has reported the nation’s second-largest number of new infections after Moscow, where authorities so far have refrained from tightening coronavirus restrictions despite the mounting caseload. Moscow officials moved this week to more tightly enforce mask mandates on public transport, which have been observed increasingly loosely.

Golikova encouraged the regions to move more actively to apply digital codes for access to public areas. She also urged regional authorities to immediately order people aged over 60 who haven't received the vaccine to self-isolate at their homes.

The government task force has registered a total of more than 8 million infections and its official COVID-19 toll ranks Russia as having the fifth-most pandemic deaths in the world following the United States, Brazil, India and Mexico. However, state statistics agency Rosstat, which also counts deaths in which the virus wasn’t considered the main cause, has reported a much higher pandemic death toll – about 418,000 people with COVID-19 as of August.

Based on that number, Russia would be the fourth hardest-hit nation, ahead of Mexico. Martin McKee, a professor of European public health at the London School of Hygiene and Tropical Medicine, said the COVID-19 situation in Russia was extremely worrying not only for Russia, but the rest of the world.

He said even high rates of vaccination elsewhere in Europe wouldn’t be able to prevent the virus from being reimported from Russia, particularly if any worrisome new variants emerge.

"Until we have control of the virus everywhere, there’s a risk of importation and the pandemic will not be under control,” he said, describing the spread of the virus in Russia and the Baltic states as a threat to Europe.