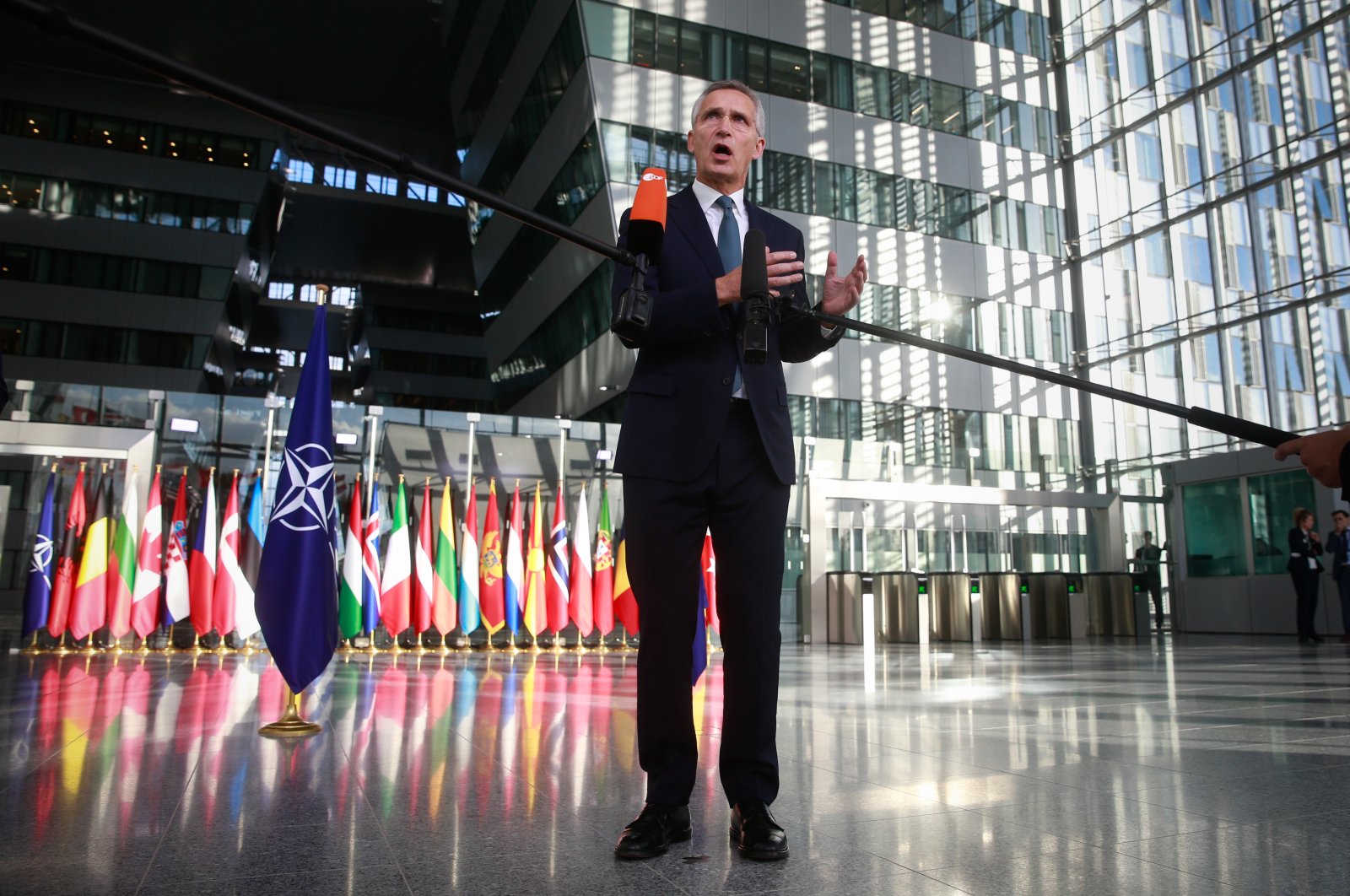 NATO Secretary-General Jens Stoltenberg during a doorstep statement ahead of a meeting of the NATO ministers of defense at the NATO headquarters in Brussels, Belgium, Oct. 21, 2021. (EPA Photo)
by DAILY SABAH WITH AGENCIES Oct 21, 2021 5:09 pm
RECOMMENDED

Relations between NATO and Russia had hit a "low point," the trans-Atlantic alliance’s chief Jens Stoltenberg said Thursday after Moscow’s recent move suspending its NATO mission in a diplomatic spat.

"It has not been more difficult since the end of the Cold War," Stoltenberg said at defense ministers talks in Brussels. The diplomats in Brussels were undeclared Russian intelligent officers, NATO said, leaving open what exactly they had allegedly done but pointing to a sustained pattern of disruptive activities. In response, Russia said it would suspend Moscow's NATO representation since the alliance clearly didn't want dialogue.

Stoltenberg said he regretted Moscow's decision, but stressed there were still "avenues and channels for communication."

German Defense Minister Annegret Kramp-Karrenbauer said only that those involved had carried out secret service activities under the cover of their diplomatic status. "This isn't new behavior," she said.

The Western alliance's dealings with its traditional adversary Russia have grown increasingly strained since Moscow's 2014 annexation of Ukraine's Crimea. Russia in turn has repeatedly flagged the stationing of NATO forces near its territory.

The dispute isn't officially on the agenda at the ministers' talks, which end on Friday. Instead, the 30 allies are to discuss shared deterrence and defense strategy, investment in new technologies – including plans for a roughly 1-billion-euro ($1.2-billion) fund – plus developments in Afghanistan.

NATO's almost 20-year military occupation in Afghanistan came to a calamitous end in August, when the Taliban quickly retook power.

The United States ended the rule of the Taliban by military force after the group protected Osama bin Laden, who planned the terrorist attacks on New York and Washington in 2001.

Along with ongoing efforts to evacuate staff from Afghanistan, the allies are currently reviewing what lessons can be learned from the mission. They're also concerned the country could once again be used by other groups to attack Western nations, and are mulling counterterrorism options.

Stoltenberg said it was still a "bit early" to say what exactly the alliance should conclude from both the chaotic withdrawal and from the longer-term failure to keep Afghanistan out of Taliban control.

Kramp-Karrenbauer said the review of the mission would be wrapped up by the end of the year, but indicated that there was room to improve coordination within NATO structures during the evacuation. Some allies criticized the United States' management of operations of Kabul Hamid Karzai International Airport at the time.

It was also clear that nation-building efforts in Afghanistan had failed, Kramp-Karrenbauer said. "Particularly when you're pursuing long-term political goals, you may need longer than 20 years," she said.