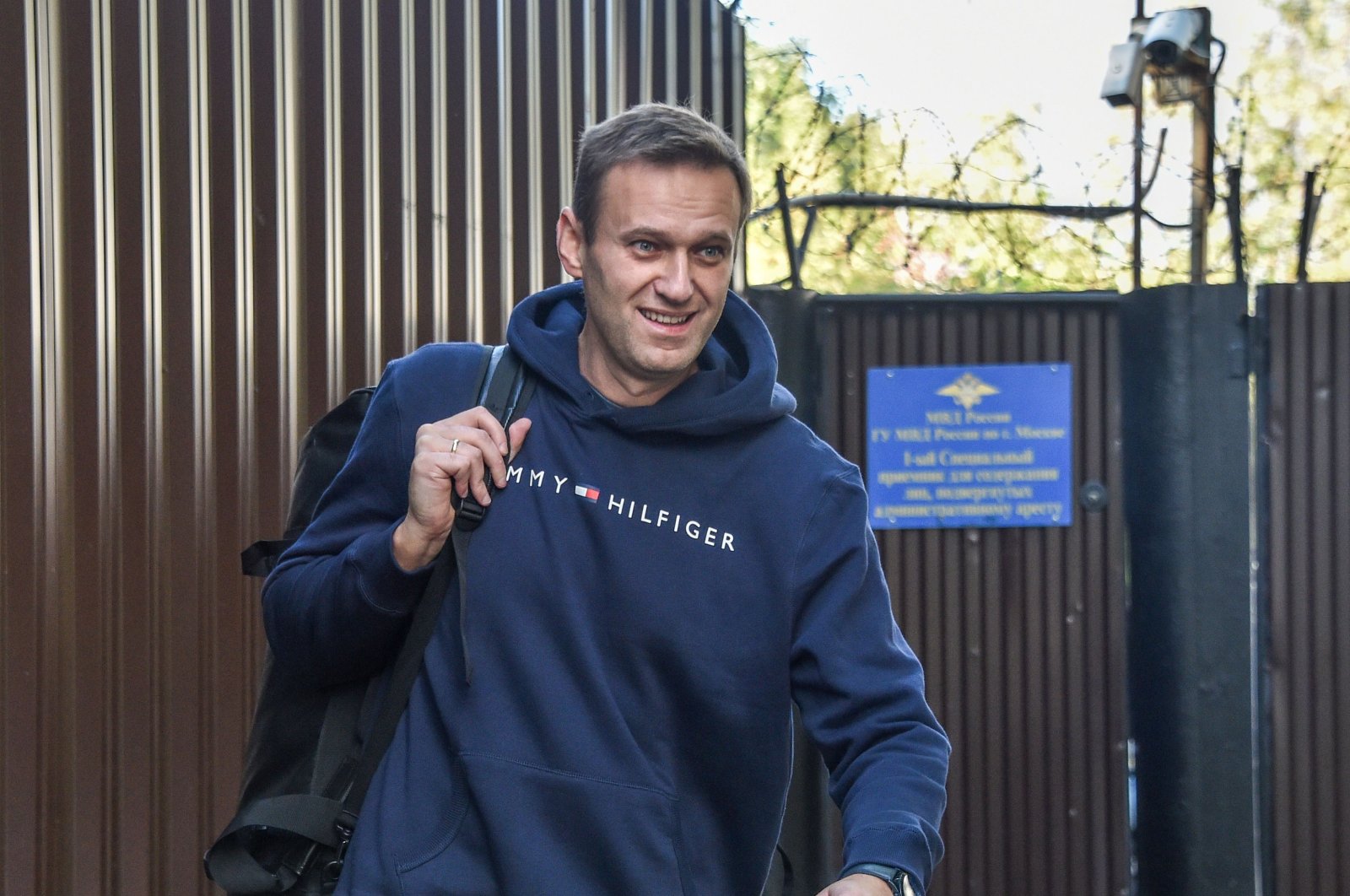 Colleagues of Russian opposition leader Alexei Navalny said Thursday that a bottle of water with a trace of the Novichok nerve agent was found in his hotel room after his poisoning.

Navalny fell ill on a flight from Siberia to Moscow on Aug. 20 and was flown to Germany, where he was kept in an induced coma for more than two weeks as he was treated with an antidote. On Tuesday, he posted a picture of himself from his hospital bed in Berlin, hugged by his wife and children.

A video posted on Navalny’s Instagram on Thursday showed his team working around his hotel room in Tomsk before he left the city and collapsed on a flight back to Moscow.

Navalny's Instagram said they returned to the room an hour after learning that he had become ill and packed the bottles and other items for further inspection.

"Two weeks later, a German laboratory found a trace of Novichok on a bottle from the Tomsk hotel room,” they said. "And then another three labs that took Alexei's samples proved that he was poisoned with it. Now we understand: It was done before he left his room to go to the airport.”

A German military lab has determined that Navalny was poisoned with Novichok, the same class of Soviet-era agent that Britain said was used on former Russian spy Sergei Skripal and his daughter in Salisbury, England, in 2018. On Monday, the German government said independent tests by labs in France and Sweden backed up its findings.

The Hague-based Organisation for the Prohibition of Chemical Weapons (OPCW) is also taking steps to have samples from Navalny tested at its designated labs, Germany has said.

The Kremlin has bristled at calls from German Chancellor Angela Merkel and other leaders to answer questions about the poisoning, denying any official involvement.